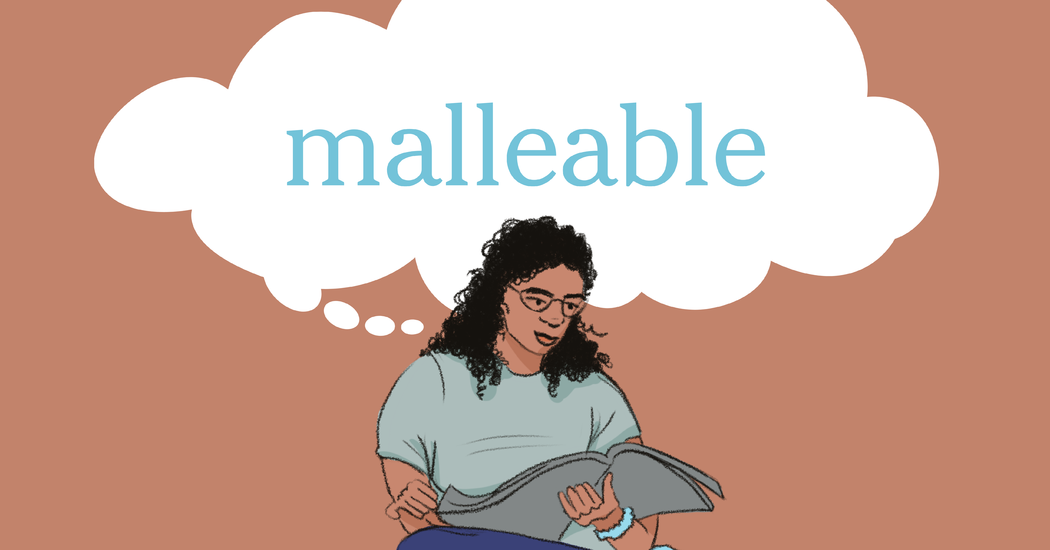 1. capable of being shaped or bent or drawn out

The word malleable has appeared in 57 articles on NYTimes.com in the past year, including on Jan. 6 in “Watching a Partner Change Is Hard. Accepting It Can Be Harder.” by Allison Hope:

We don’t marry one person as much as we marry one version of a person, a snapshot of who we (and our partner) are individually and to one another at the moment when we say “I do.” Who we are five, 10 or 40 years later is anybody’s guess.

People change. As a result, relationships change, too.

“Not only do relationships change with time, but people change, which can affect the relationship dynamics as well,” said Michelle Chalfant, a therapist in Charlotte, N.C.

Personalities are more malleable than we may think. Most of us change, though often gradually, according to a study published in 2018 by the University of Houston, University of Tübingen and University of Illinois at Urbana-Champaign, which assessed the personality traits of 1,795 people in the U.S. in adolescence and then 50 years later. Many participants, the study showed, tended to become more emotionally stable, conscientious and agreeable over time.

Can you correctly use the word malleable in a sentence?

If you want a better idea of how malleable can be used in a sentence, read these usage examples on Vocabulary.com.