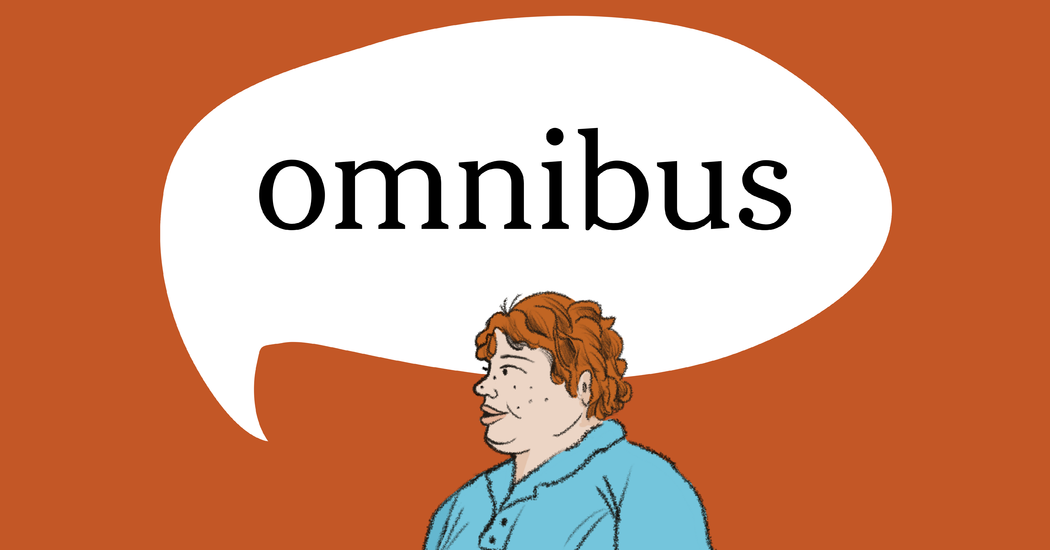 noun: a vehicle carrying many passengers; used for public transport

adjective: providing for many things at once

The word omnibus has appeared in 50 articles on NYTimes.com in the past year, including on March 18 in “Alexander Calder, MoMA’s Household God, Still Holds Sway” by Roberta Smith:

The outstanding exhibition “Alexander Calder: Modern From the Start” is his first big solo at MoMA since 1969. It is an in-house job that delves primarily into the museum’s Calder holdings and archives to tell the story of its relationship with this early favorite. Several unfamiliar loans from the Calder Foundation fill out the narrative.

It includes the artist’s early toylike sculptures of farm animals and his brilliant wire portraits and jewelry; his famous hanging, gently drifting mobiles; his wall-mounted constellations and earthbound stabiles; and a sprinkling of exceptional works on paper.

… Calder’s MoMA debut came in December 1930, when four of his clunky wood sculptures were seen in “Painting and Sculpture by Living Americans,” a group show that opened barely a year after the museum’s inauguration. By then Calder was artistically elsewhere, spurred by Mondrian’s example. In fact, he was developing into an omnibus modernist whose work could fit at several spots on the museum’s nascent map of advanced styles and mediums. In 1936, for example, he was in both “Cubism and Abstract Art” in the spring and, at year’s end, “Fantastic Art, Dada and Surrealism” to mention but two of the museum’s pioneering shows…

Can you correctly use the word omnibus in a sentence?

If you want a better idea of how omnibus can be used in a sentence, read these usage examples on Vocabulary.com.