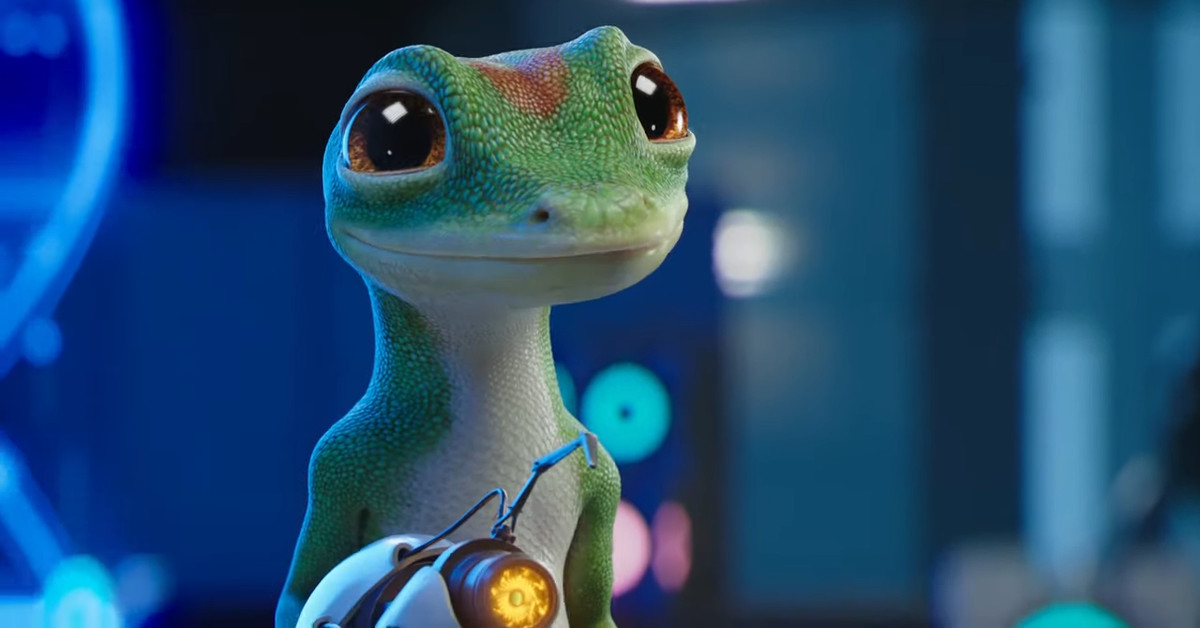 We’re still waiting on the Portal movie that’s apparently been years in the making, but if you must see Portal icon / villain GLaDOS in some sort of cinematic, there’s a new Geico ad you can watch right here or at the top of this post. Yes, you read that correctly — Geico actually made a Portal-themed ad featuring GLaDOS, and the insurance company even got voice actor Ellen McLain to reprise her role as the famous robot.

If you’ve seen any Geico ad featuring “The Gecko” (which Geico tells me is his name — not Martin, which is apparently a fan-given name) from the past many years, this ad will be familiar territory. The Gecko, armed with an Aperture Science Handheld Portal Device, makes a few quips (and of course mentions that it’s possible to save money by switching to Geico), and GLaDOS responds with a few characteristically ominous comments. The Gecko then ends the commercial by jumping into a portal that turns out to be an infinite portal, lol. (It seems GLaDOS didn’t tell him how to escape such a predicament.)

It’s an odd ad. And guess what? It’s not Geico’s only video game-inspired commercial — the company released one in November featuring Angry Birds.