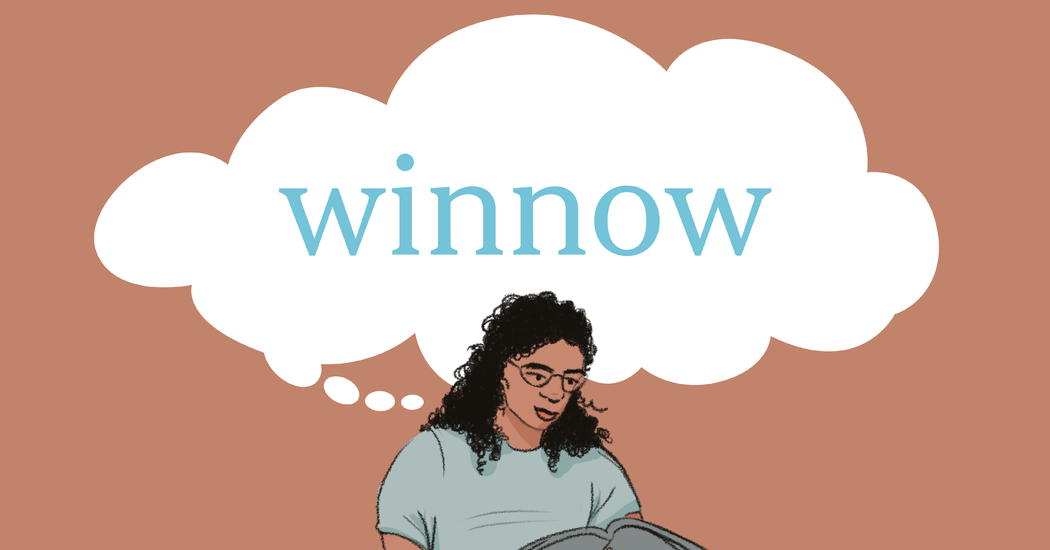 noun: the act of separating grain from chaff

verb: separate the chaff from by using air currents

verb: blow away or off with a current of air

verb: select desirable parts from a group or list

The word winnow has appeared in 19 articles on NYTimes.com in the past year, including on June 30 in “Westminster Dog Show Photos: Judgment Day” by Andrew Das:

A French bulldog named Mathew — wait, shouldn’t that be Mathieu? — won the nonsporting group, and an Old English Sheepdog called Connor was judged the best of the herding entries. (He also looked big enough to eat a couple of them if the result had not gone his way.)

On Saturday night, the judges at the annual Westminster Kennel Club Dog Show whittled hundreds of entries down to four group winners. On Sunday — with judging in three more groups — the field will winnow to the final seven dogs who will compete for Best in Show.

Can you correctly use the word winnow in a sentence?

If you want a better idea of how winnow can be used in a sentence, read these usage examples on Vocabulary.com.