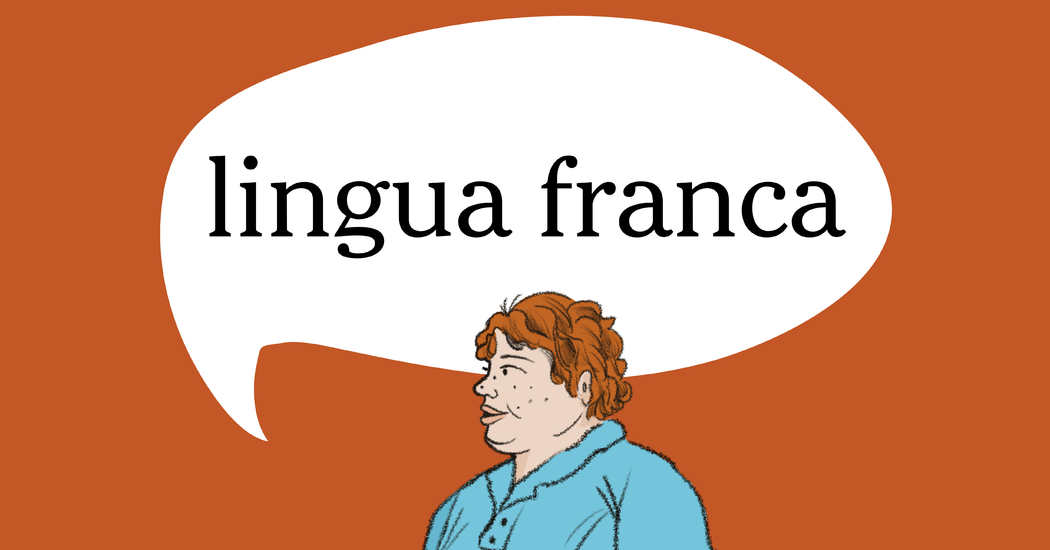 1. a common language used by speakers of different languages

The term lingua franca has appeared in 16 articles on NYTimes.com in the past year, including on Oct. 15 in “Quebec Language Debate Spurs Eerie Sense of Déjà-Vu” by Dan Bilefsky:

Reducing the percentage of Francophone Quebecers who can attend English-language colleges is a measure that critics say will unfairly punish future generations of French-speaking Quebecers.

Julius Grey, an eminent human rights lawyer in Montreal, who has argued landmark cases before Canada’s Supreme Court, told me he feared that limiting English language education for Francophone young people would curtail their career horizons in a world in which the lingua franca is English.

“Francophones will be lulled into thinking you don’t need English for a successful career in North America, which is not the case,” he said.

Can you correctly use the term lingua franca in a sentence?

If you want a better idea of how lingua franca can be used in a sentence, read these usage examples on Vocabulary.com.