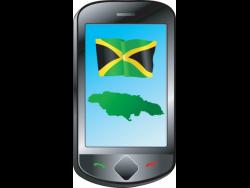 Many years ago, in the age of diskettes – remember them? – and before Blackberries were the must-haves, I visited the website of America’s National Safety Council, NSC, where I learned that the council trained millions of drivers in North America and overseas.

Further, the successful completion of some of the council’s courses was court-mandated for certain kinds of traffic violations. Some US auto insurers even endorsed courses.

After carefully examining NSC’s demonstration video, information on its website – www.nsc.org/company – and reviewing course participants’ comments, plus my experience and knowledge as a driver, I decided that the council’s driver-training services could be used to improve local driving skills. This was even though the programme was designed for the North American road environment.

NSC sent me, at my request, a digital sample of its training materials in a small package with six diskettes bearing its logo. I assumed that there was an opportunity for a local motor insurer to use the NSC technology as a tool to improve the driving skills of its customers and applicants for insurance, reduce the number of traffic accidents, and ultimately, reduce the company’s claims expenses. In the jargon of today, the idea would turn out to be a win-win.

The resources required to test the idea were not enormous. They comprised office space, a table with chairs, a desktop computer with a Windows operating system, a licensing fee payable to NSC in US currency, based on the estimated number of users who were expected to use the programme, plus the services of one person to supervise training. Drivers would be required to sit a test at the beginning and end of each session, and a score would be assigned at each stage.

The programme had the potential to change driving behaviours and identify those who motor insurers would consider ‘good risks’. Similarly, ‘below average’ risks could also be identified. If drivers who participated in the programme were monitored, the company would, over time, accumulate data and have more control over its underwriting results than if it had done nothing. This was the theory of my case.

I prepared a short paper summarising the proposition and sent it to the principal shareholder/chairman of Jamaica’s biggest motor insurer and its clever managing director. The latter was a highly trained professional with an insurance diploma from the world’s leading training institutions and a post-graduate business degree from the region’s premier tertiary institution. The former was a leading businessman who claimed to have a deep knowledge of finance, the insurance industry, and how to make money.

I met the two executives in the chairman’s corner office. It had an expansive view of the Kingston Harbour and New Kingston.

I expected that I would be asked to place the diskettes in the drive of the big desktop computer with a plastic covering, which occupied the left side of the huge mahogany desk behind which the chairman was seated. It would display what was in effect a driving simulator that was controlled from the computer keyboard. This did not happen.

None of the two persons in the room was remotely interested in looking at the information in the diskettes or asking questions about the ideas that I had shared with them earlier on paper. Their lack of interest was not explained. Operational and other problems occupied their minds. A few years afterwards, the company ran into financial difficulties. It was rescued by banking interests. All the senior executives, including the former chairman, lost their jobs.

When I read the Jamaica Information Service news release, followed by The Gleaner, January 4, 2022, report that British Caribbean Insurance Company had spent $10 million (The Ministry of Transport & Mining, $3 million) to help fund the development of an online app to train drivers of public passenger vehicles, or PPVs, it brought to my attention the fact that at least one member of the local insurance industry is ditching some of the thinking and practices of the past.

BCIC’s executive management should be heartily congratulated for their vision, foresight, and innovative thinking. They have linked driver training, road safety, and social good by funding the transport ministry with an app-development project for drivers of public passenger vehicles.

I visited the Transport Authority’s website and navigated the app for 30 minutes. The defensive driving training course forms part of its PPV licence application process. Formerly, applicants were required to visit the TA’s office to sit a written test. The new process involves the taking of the test remotely using a desktop computer, a smartphone, or a tablet device with an Internet connection.

One can take a mock exam by playing a game to test one’s knowledge before sitting the test. My score at the end of the first game was 2,215 points. At the end of the second game, I scored 215. A PPV licence will not be granted unless the applicant achieves a minimum score.

The challenge for the project sponsors will be to get the applicant moving from the acquisition of information to pass a test and obtain a permit to operate a PPV to a place where that knowledge is applied on our roads daily.

Changing behaviour is difficult. Perhaps version 2.0 of the app would benefit from the inputs of professionals who specialise in this field. In the meantime, BCIC, the Ministry of Transport & Mining, and the Transport Authority should take a bow for their efforts.