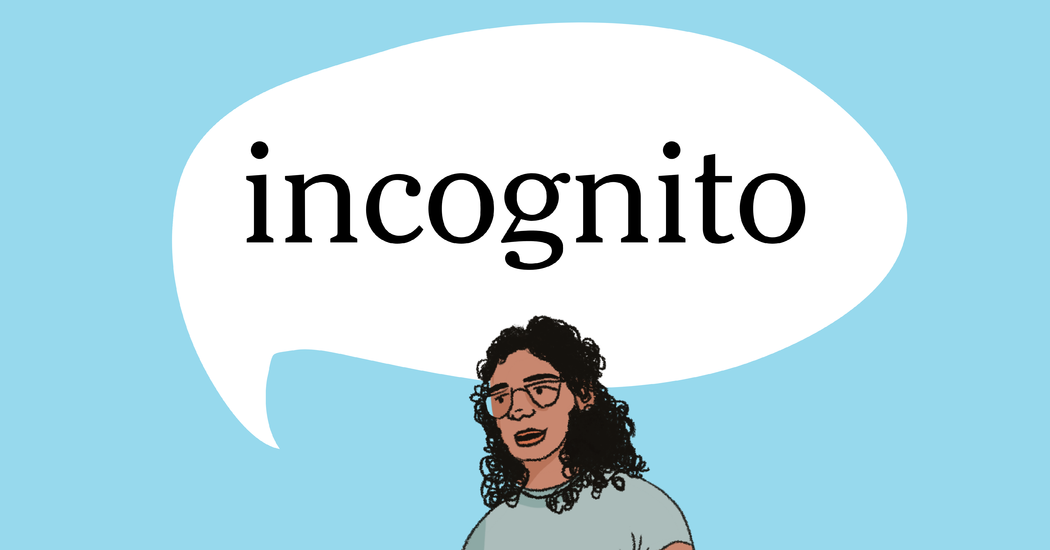 The word incognito has appeared in 32 articles on NYTimes.com in the past year, including on Sept. 3 in “Bianca Andreescu Returns to the U.S. Open With Winning on Her Mind” by Christopher Clarey:

So much has changed since her first visit, but Bianca Andreescu is still undefeated at the U.S. Open, where she swept to the 2019 title in precociously grand style, defeating Serena Williams in straight sets in the final at age 19.

After playing no official matches in 2020, she is back in the third round this year, but is also looking back.

… It felt so familiar, and yet so strange. Andreescu walked into the interview room as if she were intent on remaining incognito, mask on, hoodie up, eyes barely visible…

Can you correctly use the word incognito in a sentence?

If you want a better idea of how incognito can be used in a sentence, read these usage examples on Vocabulary.com.