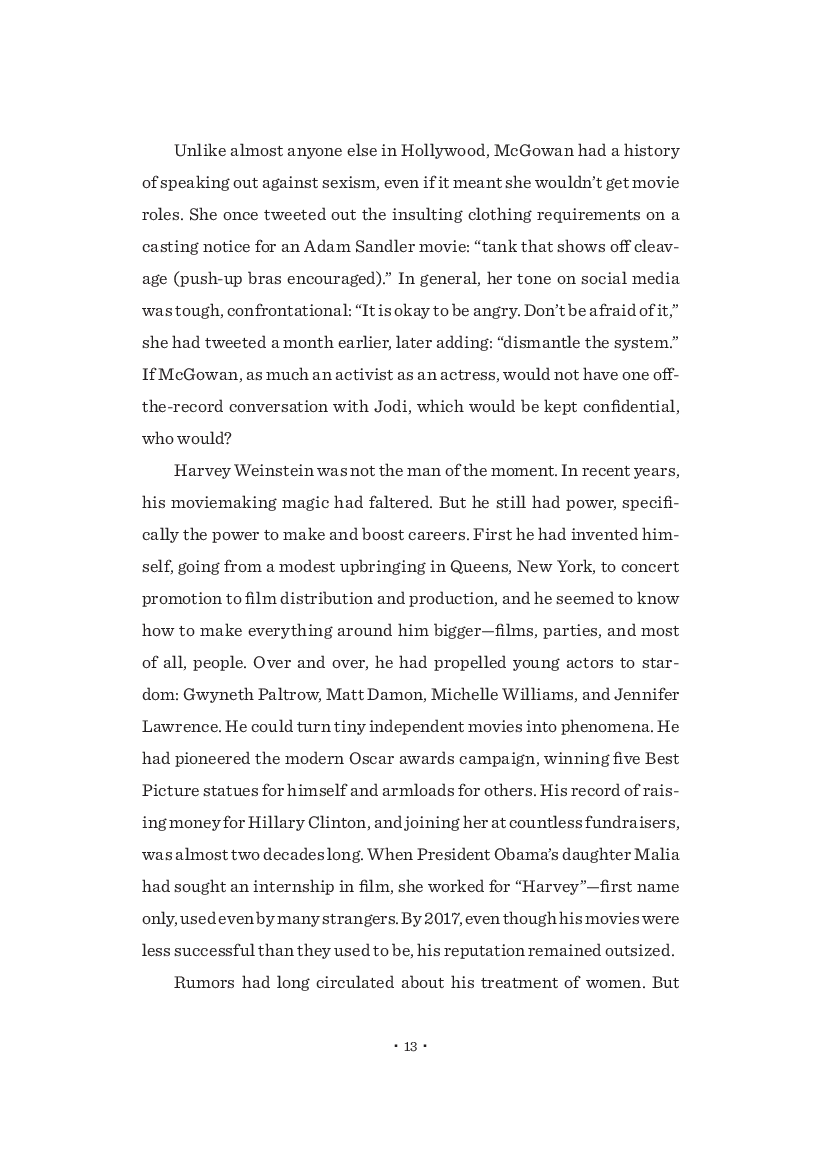 Unlike almost anyone else in Hollywood, McGowan had a history of speaking out against sexism, even if it meant she wouldn’t get movie roles. She once tweeted out the insulting clothing requirements on a casting notice for an Adam Sandler movie: “tank that shows off cleavage (push-up bras encouraged).” In general, her tone on social media was tough, confrontational: “It is okay to be angry. Don’t be afraid of it,” she had tweeted a month earlier, later adding: “dismantle the system.” a If McGowan, as much an activist as an actress, would not have one off the-record conversation with Jodi, which would be kept confidential, who would? Harvey Weinstein was not the man of the moment. In recent years, his moviemaking magic had faltered. But he still had power, specifically the power to make and boost careers. First he had invented him self, going from a modest upbringing in Queens, New York, to concert promotion to film distribution and production, and he seemed to know how to make everything around him bigger-films, parties, and most of all, people. Over and over, he had propelled young actors to star dom: Gwyneth Paltrow, Matt Damon, Michelle Williams, and Jennifer Lawrence. He could turn tiny independent movies into phenomena. He had pioneered the modern Oscar awards campaign, winning five Best Picture statues for himself and armloads for others. His record of rais ing money for Hillary Clinton, and joining her at countless fundraisers, was almost two decades long. When President Obama’s daughter Malia had sought an internship in film, she worked for “Harvey”—first name only, used even by many strangers. By 2017, even though his movies were less successful than they used to be, his reputation remained outsized. Rumors had long circulated about his treatment of women. But 13 –