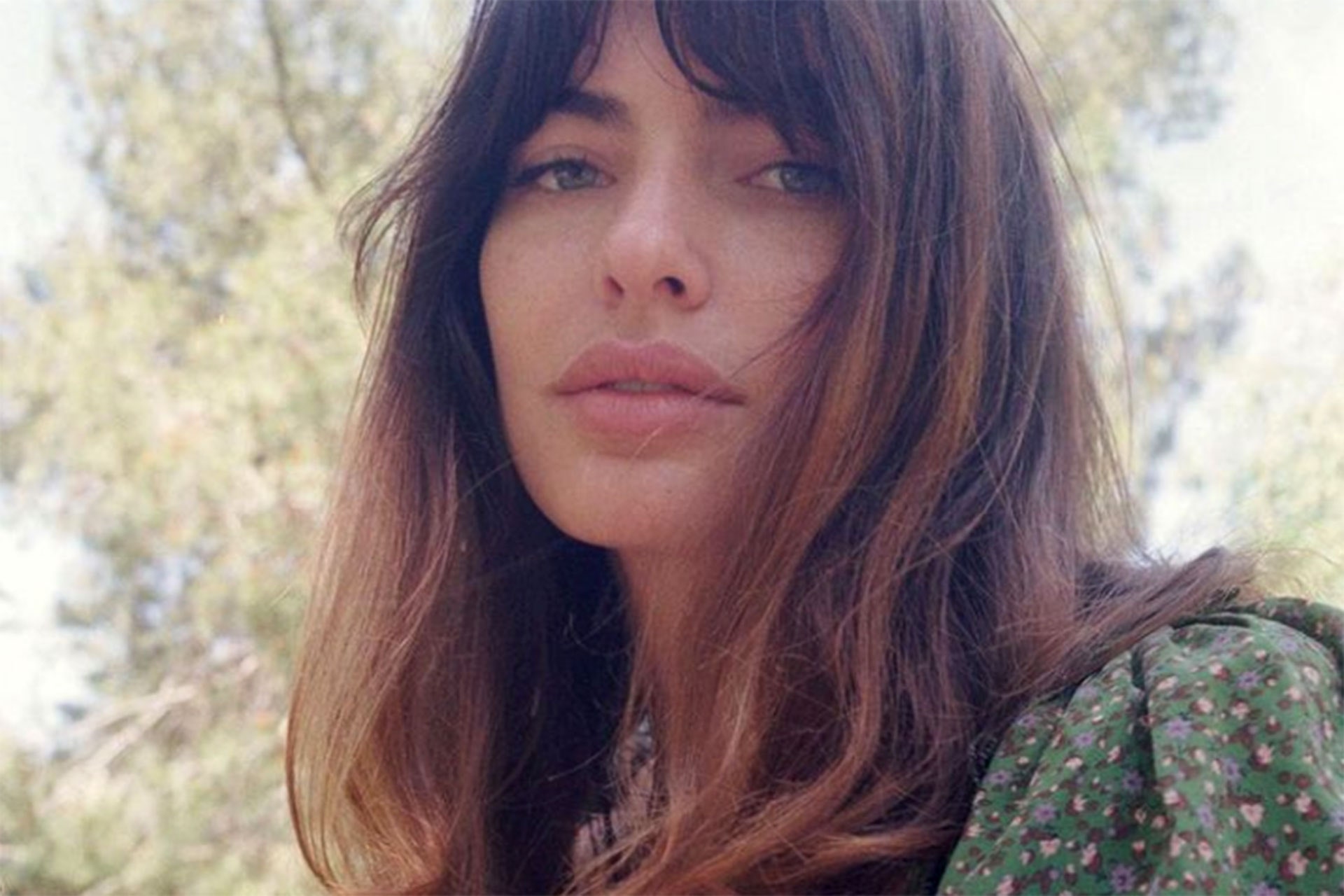 If you’re looking for a hair refresh that’s easy, wearable, and infinitely chic, you need to know about bottleneck bangs. The style was coined by London-based hairstylist Tom Smith off the back of the fringe Margot Robbie wore to grace the cover of British Vogue back in August. Since then, momentum has grown for the cut first created by Robbie’s hairstylist, Bryce Scarlet, and pros are predicting it will be one of the most requested styles of 2022.

Effectively, it’s a pared-back curtain bang that features a shorter section in the center to create a miniature ledge just above the brow, while longer tapered sections towards the edges hug the cheekbone.

It’s a haircut that Smith has seen skyrocket among his clients, and one we keep seeing crop up on our Instagram feeds, but it’s a tricky style to describe, hence the need for the name. “The shape of the fringe or the bang is narrower at the top then gets wider, like the shoulders of a bottle, then curves around and gives you that detail under the cheekbone. It’s really flattering. It’s very ’70s, but it’s also very now,” Tom explains in a video posted to his Instagram.

This content can also be viewed on the site it originates from.

If you fancy having a go yourself, but you’re unsure what to ask your stylist for, Smith’s got you covered there, too. “Ask your stylist to create longer bangs that skim your cheekbones at an angle that flatters your face and curves around to create a layer that sits somewhere between your cheekbones and jaw,” he says. “Then, ask for the central part to be cut slightly shorter, keeping the cutting line soft and choppy, with the shortest part in the middle gradually getting longer on the edges,” he adds.

This content can also be viewed on the site it originates from.

Along with being bang-on-trend (see what we did there?), bottleneck bangs offer some subtle contouring and create a frame around the face and cheekbone. “It’s a really good way of introducing yourself to the idea of a fringe because really, it’s a shorter layer that frames the face, it’s not a solid blunt line,” he says. This spells good news for growing it out. “When it grows out, it will turn into a longer layer that sits on the cheekbone and gradually grows out, so it’s a really low-commitment way to wear a fringe,” says Smith.

Chic and low maintenance? Yep, sounds good to us.

This story originally appeared on glamour.co.uk.

Now, see how bangs have evolved within the past 100 years:

The 7 Biggest Plastic Surgery Trends of 2022