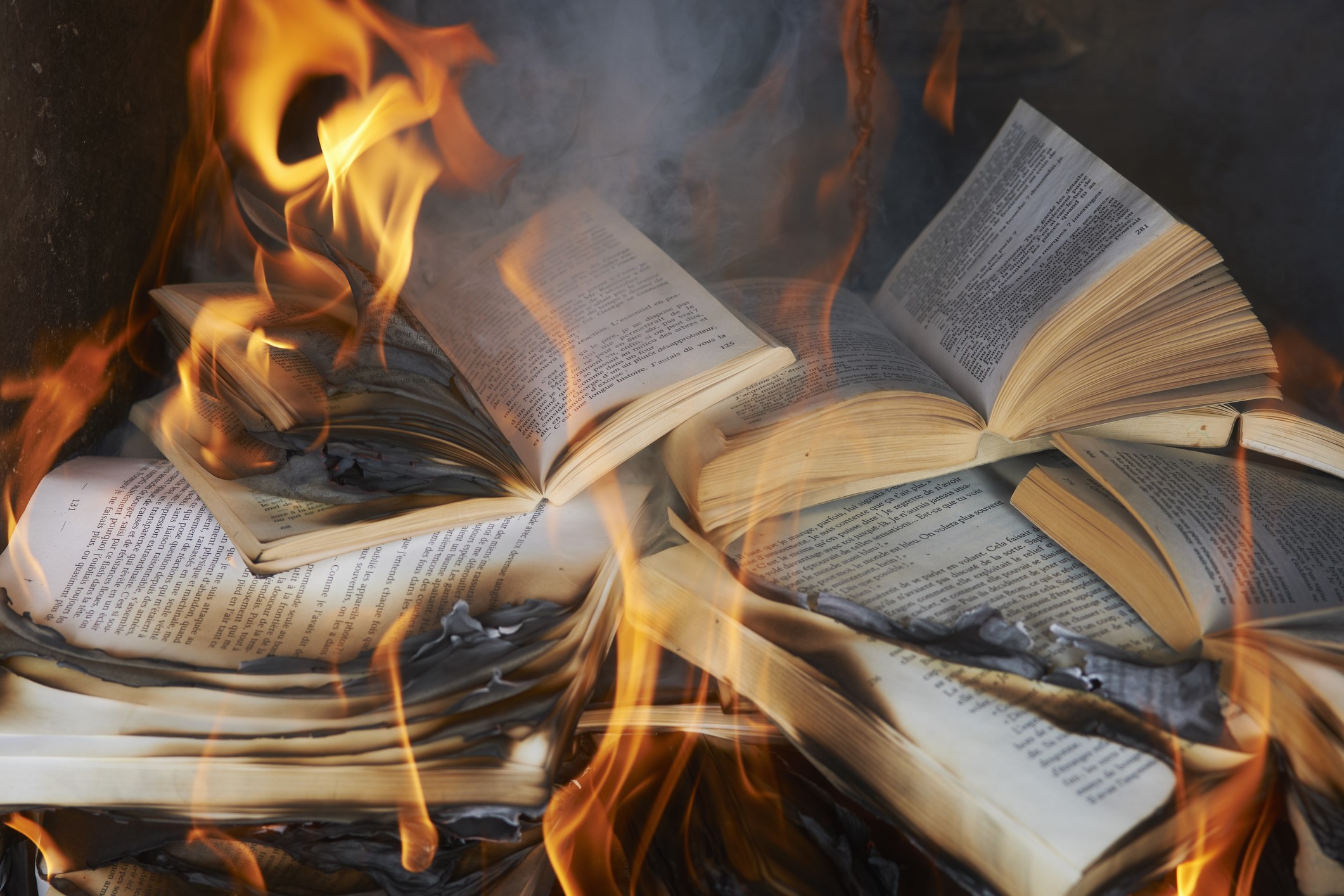 Efforts to ban books in school libraries are nothing new. But recently, the drive to remove certain books from school library shelves is gaining unusual momentum in several parts of the country.

What began as a debate last year over the teaching of “critical race theory” expanded to include a broader examination of school curricula and the library books available to students.

In Texas, Republican state Rep. Matt Krause asked state school districts to report whether they have any of 850 books that he compiled on a list, including the number of copies, where they are located, and how much the school district paid for them. He also asked that the school districts go further and identify any other books on their shelves that contain “material that might make students feel discomfort, guilt, anguish, or any other form of psychological distress because of their race or sex or convey that a student, by virtue of their race or sex, is inherently racist, sexist, or oppressive, whether consciously or unconsciously.”

Two weeks later, Texas Gov. Greg Abbott ordered the state’s Education Agency to “investigate any criminal activity in our public schools involving the availability of pornography” and report any findings of it for “prosecution to the fullest extent of the law.”

Then, on Dec. 16, Oklahoma state Sen. Rob Standridge raised the book-banning bar to a new level. Standridge, a Republican, proposed legislation that would enable parents to challenge books in public school libraries and collect $10,000 for each day the book remains on the shelves after 30 days.

Book Banning and the Constitution

So, what does the law say about all this? Can lawmakers order books to be pulled from school bookshelves? Can any parent do so?

Decisions on which books populate school library shelves are largely a local matter. Local boards of education and librarians are free to decide, and once the books are on the shelves, they can only remove them under certain circumstances. They can remove books if the decision is “content neutral” — for instance, if a book has become damaged or outdated — but removing a book based on its content could be a violation of the First Amendment.

That is because the U.S. Supreme Court has ruled that students have the same First Amendment rights as anyone else in school libraries, and removing books based on content is unconstitutional censorship. Writing for the majority in that 1982 case, Board of Education v. Pico, Justice William J. Brennan Jr. concluded that school officials may not exercise their discretion to remove books based on “narrowly partisan or political grounds,” because that would amount to an “official suppression of ideas.”

Still, that doesn’t mean that books on the shelves can’t be banned. The Pico decision only said officials can’t remove books if they disagree with the ideas within. They can, however, if a book is pervasively vulgar. When it comes to books with strong sexual themes, “courts have told public officials at all levels that they may take community standards into account when deciding whether materials are obscene or pornographic and thus subject to censor,” according to the Free Speech Center at Middle Tennessee State University.

Of course, parents can object to books on school library shelves, and schools might respond to the pressure. That describes much of the current battleground. In DuBois, Pennsylvania, for instance, parents objected to a book titled “The Hate U Give,” by Angie Thomas. The book is about a Black teenager whose childhood best friend is killed by police and includes profanity and violence.

A school official responded by saying it would be removed from the shelves but remain available by request with parental permission. Reports of school districts buckling to pressure and removing books, however, are widespread.

While most of the pressure on school boards is coming from parents and community members who object to books with sexual, LGBTQ-affirming, and racial themes, there’s been pushback from those who disagree.

In Texas, for instance, school librarians created a new organization, #FReadom, to fight back. In Urbandale, Iowa, a group of students and parents recently took to the podium at a school board meeting to defend the books in the school library.

In the end, the idea that students can be protected from troubling ideas simply by banning books does seem a bit unrealistic. In the Internet age, taking books off shelves is not likely to close access to them, and may even make them more desirable as forbidden fruit.

As Lisa Varga, executive director of the Virginia Library Association, pointed out: “The majority of these kids have cell phones with unfettered access to the Internet. They can find more on their phone … that’s objectionable than they’re going to find in the books in their school library.”