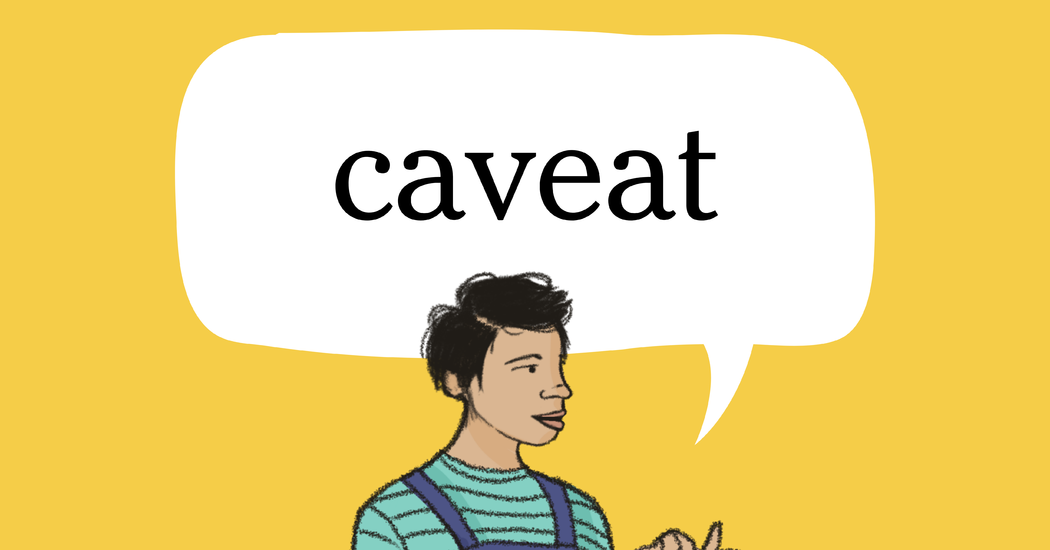 1. a warning against certain acts

2. an explanation that ensures something is clearly understood

3. a detail that cautions about or modifies the information given

4. (law) a formal notice filed with a court or officer to suspend a proceeding until filer is given a hearing

The word caveat has appeared in 177 articles on NYTimes.com in the past year, including on Sept. 22 in “What Are the Best Houseplants to Get You Through Winter?” by Margaret Roach:

A friend who has long grown hoyas, or wax plants, has tried to convert me to this variable-looking genus with succulent leaves. But maybe Ryan Wilhelm, the operations manager at Steve’s Leaves, has finally succeeded. A representative of this tropical member of the dogbane family (Apocynaceae), the same family as milkweed, may be destined for a sunny window here.

One caveat, Mr. Wilhelm said: Be careful with the water — as their succulent leaves are trying to tell you — because “they can crash quickly, if overwatered.”

Can you correctly use the word caveat in a sentence?

If you want a better idea of how caveat can be used in a sentence, read these usage examples on Vocabulary.com.