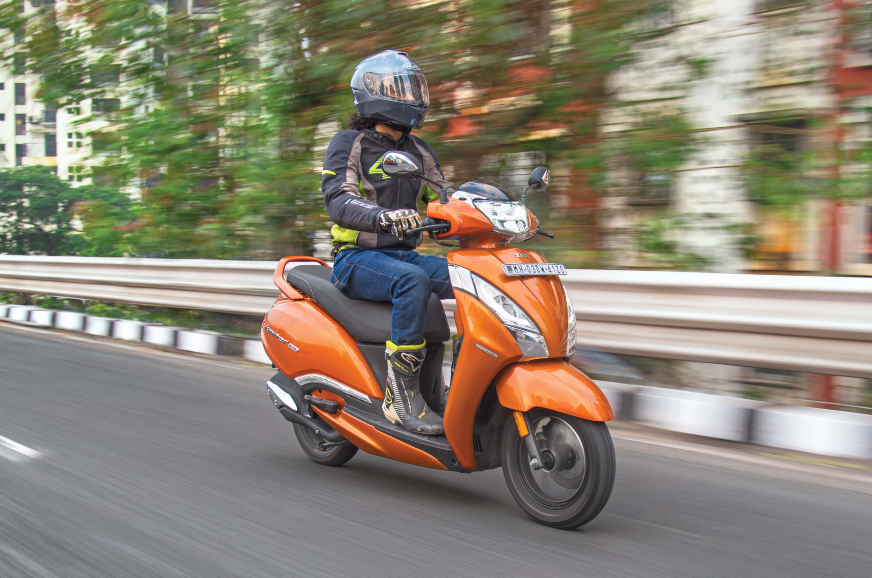 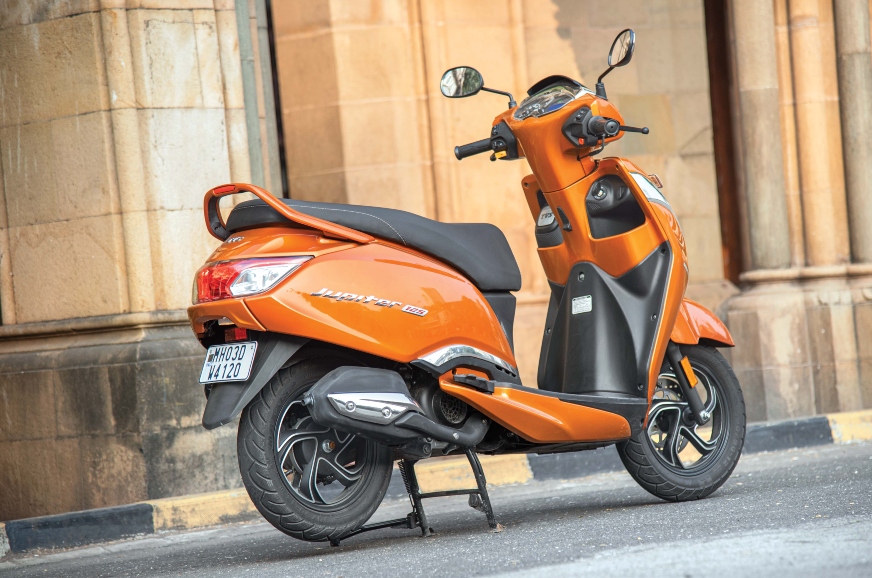 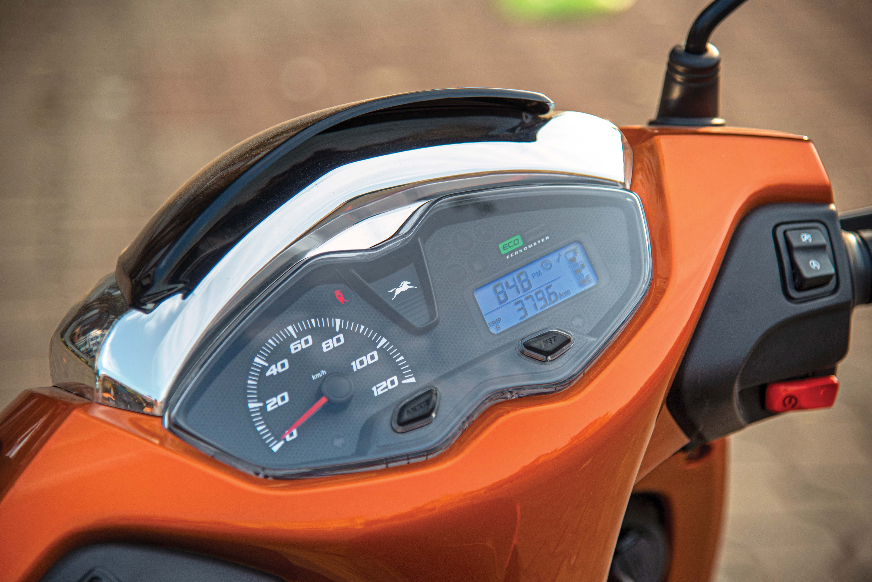 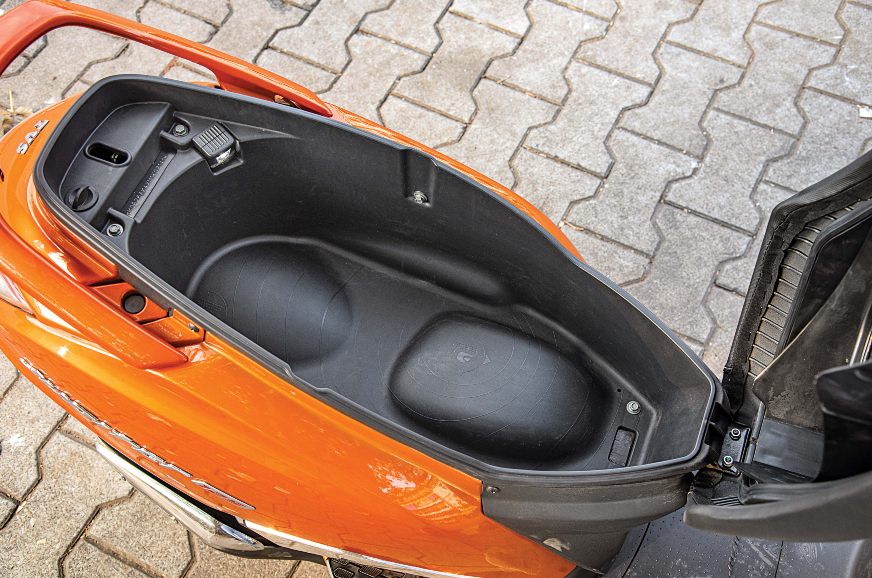 TVS has its first crack at a 125cc family scooter. We sample it in the real world.

TVS has long been offering an excellent 125cc scooter in the form of Ntorq. It is a quick and fun little scooter, but it’s not necessarily everyone’s cup of tea – quite a thirsty engine and a sporty inclination that may not appeal to all. To better populate its line-up, TVS is now offering a more sensible and comfortable family scooter – the new Jupiter 125.

TVS has played it safe with the Jupiter 125’s design, opting for a traditional look that’s highly unlikely to drive away any potential buyers. While its design is fairly straightforward, what helps the Jupiter stand out is its excellent paint quality and a healthy dose of chrome all across its body, giving the scooter an upmarket appearance. It also has the build quality and finish levels to match, for the most part, although the plastics around the headlamp don’t seem to fit flush on our scooter and the boot light shakes itself loose sometimes. 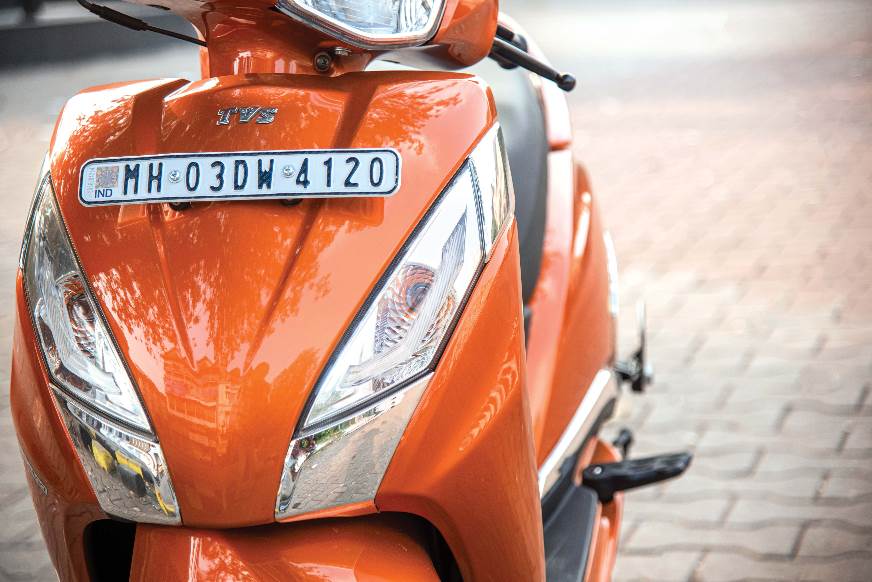 It isn’t quite as feature-rich as its cousin, the Ntorq, having to make do with semi-digital instrumentation and no Bluetooth connectivity. However, it does get a stop-start system that the Ntorq misses out on. You also get an excellent LED headlight and a USB charger on the back of the apron. Its biggest attraction, though, is the floorboard-mounted fuel tank, which not only allows for a massive 33-litre underseat storage compartment, but also gives you a very conveniently located external fuel-filler on the back of the apron. That being said, the extremely long filler neck causes the fuel to bubble up quite easily while filling, and brimming this tank requires a lot of patience.

An abundance of space is a theme all across the Jupiter because, in addition to the cavernous underseat space, you also get a large 2.0-litre cubbyhole on the apron, loads of room on the floorboard, and a long and accommodating seat. But its handlebar isn’t as high up as something like the Access, and will foul with the knees of taller riders at full lock.

The Jupiter uses the third 125cc engine in TVS’ stable, and this is the most basic of the lot, with a two-valve head. Nevertheless, its output figures of 8.2hp and 10.5Nm are par for the segment, and the Jupiter 125 feels quick on its feet in the city. Peak torque arrives early in the rev range and the CVT has been tuned for acceleration, so the scooter is zippy and quick to respond in traffic. It isn’t the quickest 125cc scooter out there, but it isn’t a slouch either, and the spring in its step is maintained till about 60kph, post which acceleration does trail off quite a bit. The Jupiter will eventually hit a speedo-indicated 90kph top speed, which translates into just about 80kph on our VBox.

TVS has earned itself a reputation for refinement, and the Jupiter 125 does fairly well to enforce that. It’s quite smooth and vibe-free for the most part, with only a mild buzz making its presence felt. It’s also quite frugal in the city, though its acceleration-biased CVT tuning means it isn’t quite as fuel efficient as some of its competition on the highway. One area that does need work is the stop-start system, which is slow to respond on restarts, and only fires up the engine if one of the brake levers is pressed while twisting the throttle.

The Jupiter’s suspension set-up is perfectly in line with its image of being a comfortable family scooter. It rides quite well and does a great job of flattening out the smaller imperfections on our roads. Even over the larger undulations that can’t be flattened out, the scooter never thuds or crashes through, but rather rounds them off quite nicely and softens the blow to a great extent. At the same time, body control is almost always maintained, and the scooter never feels like it’s pogo-ing after hitting a large bump. 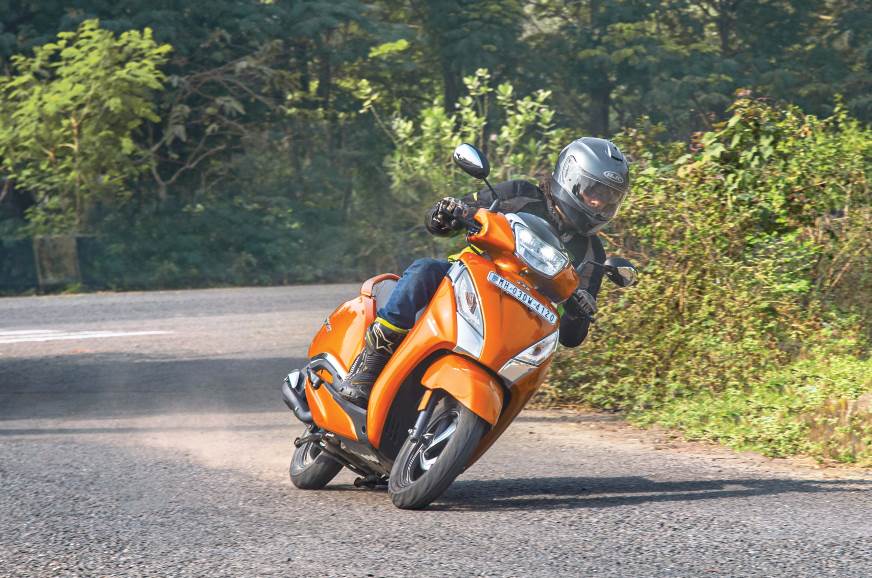 Handling is typical of a scooter, with very light steering and a slightly top-heavy feeling. But despite this, the Jupiter feels decently planted and sure-footed at pace. It’s not as stable as the Ntorq, but it gives you the confidence you need to carry speed through corners. At 108kg, it isn’t the lightest scooter around, but the weight is well balanced, so you don’t really feel it when hustling the Jupiter through the city. Like a few other recent TVS models, the CBS dials in quite a lot of front brake when the rider applies the rear brake, which is a positive in my book, allowing you to ride, predominantly, using just one of the levers. The Jupiter 125 scores well on both, braking power and modulation.

Summing up the Jupiter 125 is a little unusual because it’s not an attention-grabbing, headline-hogging sort of scooter, but is still quite impressive. It’s not the quickest scooter around, nor does it have the most fancy features out there, but it’s a bit of a jack of all trades and does most things quite well. It’s reasonably quick, rides quite well and equipment levels are fair, too. What helps it stand out is the fact that it looks and feels quite premium and well-built, and more importantly, is a superbly sensible and practical little thing. At Rs 81,300 (ex-showroom, Delhi) for this disc brake variant, it is priced at the higher end of the 125cc family scooter spectrum, but has the upmarket feel and practicality quotient to justify it.