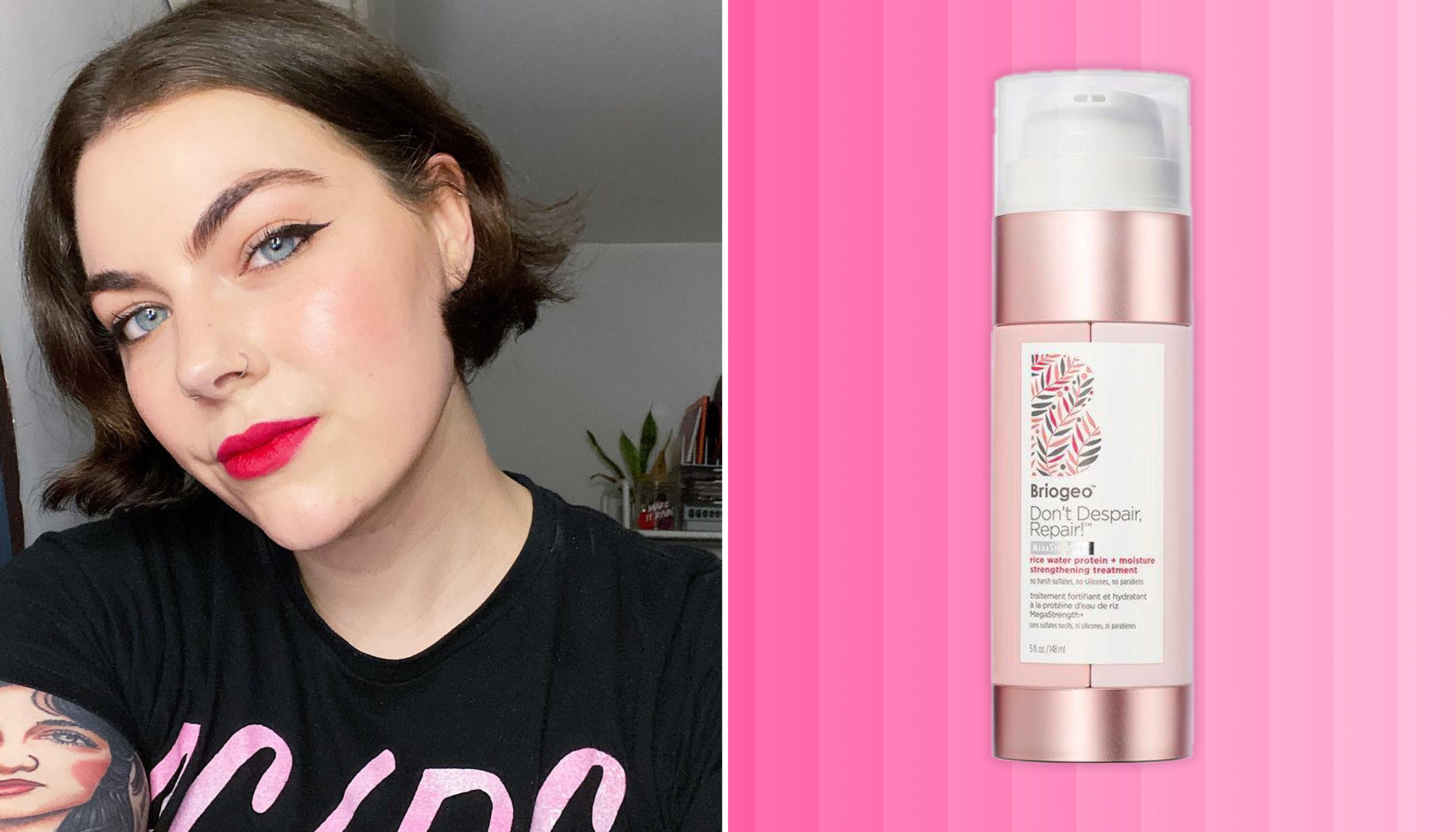 The thing that nobody tells you about hair loss is that, while all those strands fall away, the hair that remains is impacted just as much. As I watched my own hairline falter throughout 2021 due to PCOS, the rest of my shoulder-length hair became completely lifeless. It couldn’t hold any kind of style. It felt dry to the touch and lacked shine. It barely even had a bend to it.

Thankfully, my hair is now on the mend due to three saviors: a change in birth control, prescribed minoxidil, and Briogeo Don’t Despair, Repair! Rice Water Protein + Moisture Strengthening Treatment. While the former two are responsible for stopping the shedding and promoting regrowth, the latter has helped my hair return to a healthier, shinier, more flexible state — a state that might even be better than it was pre-balding.

You’ve probably heard about Briogeo’s line of Don’t Despair, Repair! treatments in the past, particularly, the Readers’ Choice Award-winning Deep Conditioning Mask. The Rice Water Protein + Moisture Strengthening Treatment is the franchise’s latest edition, which launched in December 2021. What’s new about it, you ask? This iteration features two separate chambers, one containing a reparative formula, the other containing a hydrating formula. When you push down on the pump, both formulas come barreling out into your hand, where you can mix them together before application.

The 7 Biggest Plastic Surgery Trends of 2022

5 Hormones That Make It Harder For Women To Lose Weight