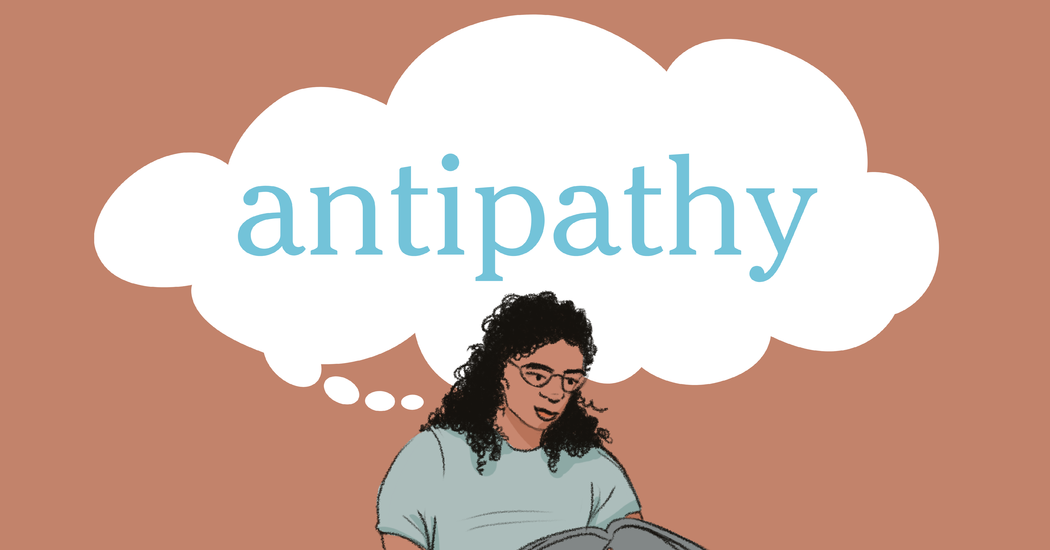 1. a feeling of intense dislike

2. the object of a feeling of intense aversion; something to be avoided

The word antipathy has appeared in 61 articles on NYTimes.com in the past year, including on Aug. 20 in “South Koreans Now Dislike China More Than They Dislike Japan” by Choe Sang-Hun:

Political elites here are usually careful not to antagonize China, the country’s largest trading partner. But Mr. Yoon’s blunt rhetoric reflected a new phenomenon: a growing antipathy toward Beijing among South Koreans, particularly young voters whom conservative politicians are eager to win over.

Anti-Chinese sentiment has grown so much this year that China has replaced Japan — the former colonial ruler — as the country regarded most unfavorably in South Korea, according to a ​joint ​survey by ​the polling company ​Hankook Research​ and the Korean newsmagazine SisaIN. In the same survey, South Koreans said they favored the United States over China six to one.

Can you correctly use the word antipathy in a sentence?

If you want a better idea of how antipathy can be used in a sentence, read these usage examples on Vocabulary.com.