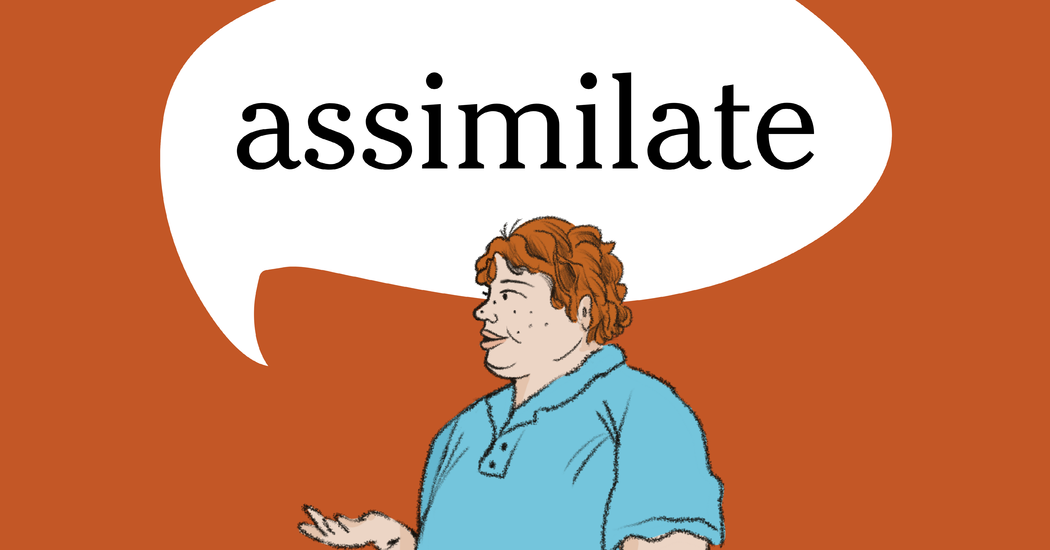 5. take (gas, light or heat) into a solution

The word assimilate has appeared in 68 articles on NYTimes.com in the past year, including on Oct. 17 in “Bringing Attention to the Maori Language, One Song at a Time” by Brian Ng:

In August, Lorde released her third album, “Solar Power.” Three weeks later, she put out an EP called “Te Ao Marama,” with five songs from the record translated into Maori, the Indigenous language of New Zealand. The second release was no mere afterthought — it was part of longtime conversations in her native country about boosting a language that not long ago experts feared could die out.

… Awareness and celebration of Maori music is mirroring a shift in attitudes toward the language across New Zealand. The country’s European settler government suppressed Maori beginning in the mid-1850s, punishing children who spoke their language at school and deliberately dispersing Maori families in white neighborhoods to assimilate them, creating far-reaching whakama, or shame, around it. By 1987, when Maori was finally declared an official language, the vast majority of its remaining speakers were older.

Can you correctly use the word assimilate in a sentence?

If you want a better idea of how assimilate can be used in a sentence, read these usage examples on Vocabulary.com.