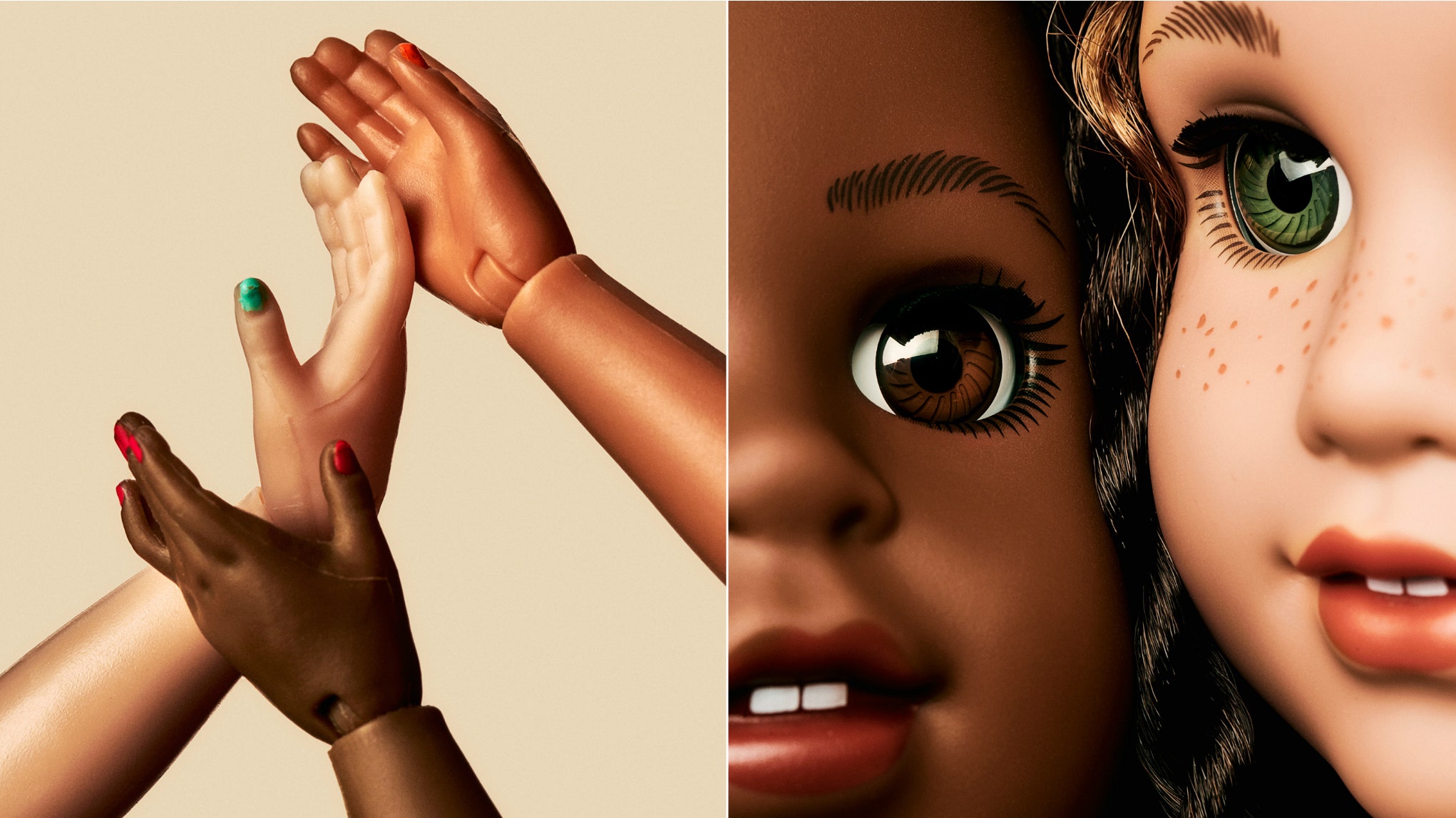 As long as children have played, there have been dolls. They’ve been made from corn husks and animal bones, soapstone and wood, leather and wax. And then, in 1959, from 11 inches of plastic molded into not-humanly-possible female curves. Six decades post-Barbie, there are Glitter Girls, L.O.L. Surprises, dozens of Disney Princesses, and over-accessorized teens from at least two rival high schools (Monster and Rainbow).

There’s also a cottage industry of YouTube creators who devote hours to unboxing them all. I recently spent 45 minutes watching a grown woman unwrap three Rainbow High Slumber Party dolls and describe everything from their foil-finished cartons to the nail polish on their rubbery little hands. I snapped out of my trance as she was caressing a pink-haired doll named Brianna Dulce, whose hoodie pockets were unfortunately sewn shut. “To be honest, she’s a doll, so we shouldn’t expect that much more anyway,” the woman concluded cheerfully.

But we do expect much more from dolls. So much more. They’re cultural touchstones that loom large in the memories of adults, and part of the swirling vortex of media that shapes future generations. “They’re also a projection of what we want to see in our society,” says sociologist Elizabeth Sweet, Ph.D., a professor at San Jose State University who researches gender inequality and toys. And at least since the 18th century, when the mass production of dolls began in France and Germany, they’ve been lightning rods, often blamed for perpetuating narrow beauty standards that negatively impact young girls just as they’re beginning to wrap their heads around what it means to be beautiful and wanted and seen.

“Dolls play a big part in the conversation about belonging,” says Diana Leon-Boys, Ph.D., a communication professor at the University of South Florida who focuses on girlhood and Latinx studies. “If you have a child who doesn’t see themselves through the dolls they play with, it’s harder for them to get a fully rounded sense of ‘Who am I in the grand scheme of things in this nation? How do others see me? Do they see me?'”

Until very recently, that sense of belonging was limited to slim, white, able-bodied, cisgender girls. In 1986, the first three American Girl dolls were born, part of a new line that was supposed to be all about education and empowerment, with each doll sharing a story of the part she played in American history. They were all white. Seven years later, when the first Black American Girl, Addy, came out, she was a nine-year-old trying to escape enslavement.

Since then, American Girl has introduced four other Black American Girls — including one whose wealthy family contributed to the pre-Civil War culture of New Orleans and another whose story takes place in Detroit during the Civil Rights Movement. There is an Indigenous American Girl and one who is Jewish. You can get an American Girl with a hearing aid, or a prosthetic limb. In December, the company announced its 2022 American Girl of the Year: Corinne Tan, a Chinese-American girl growing up in Aspen, Colorado, whose story addresses anti-Asian racism and the dynamics of blended families.