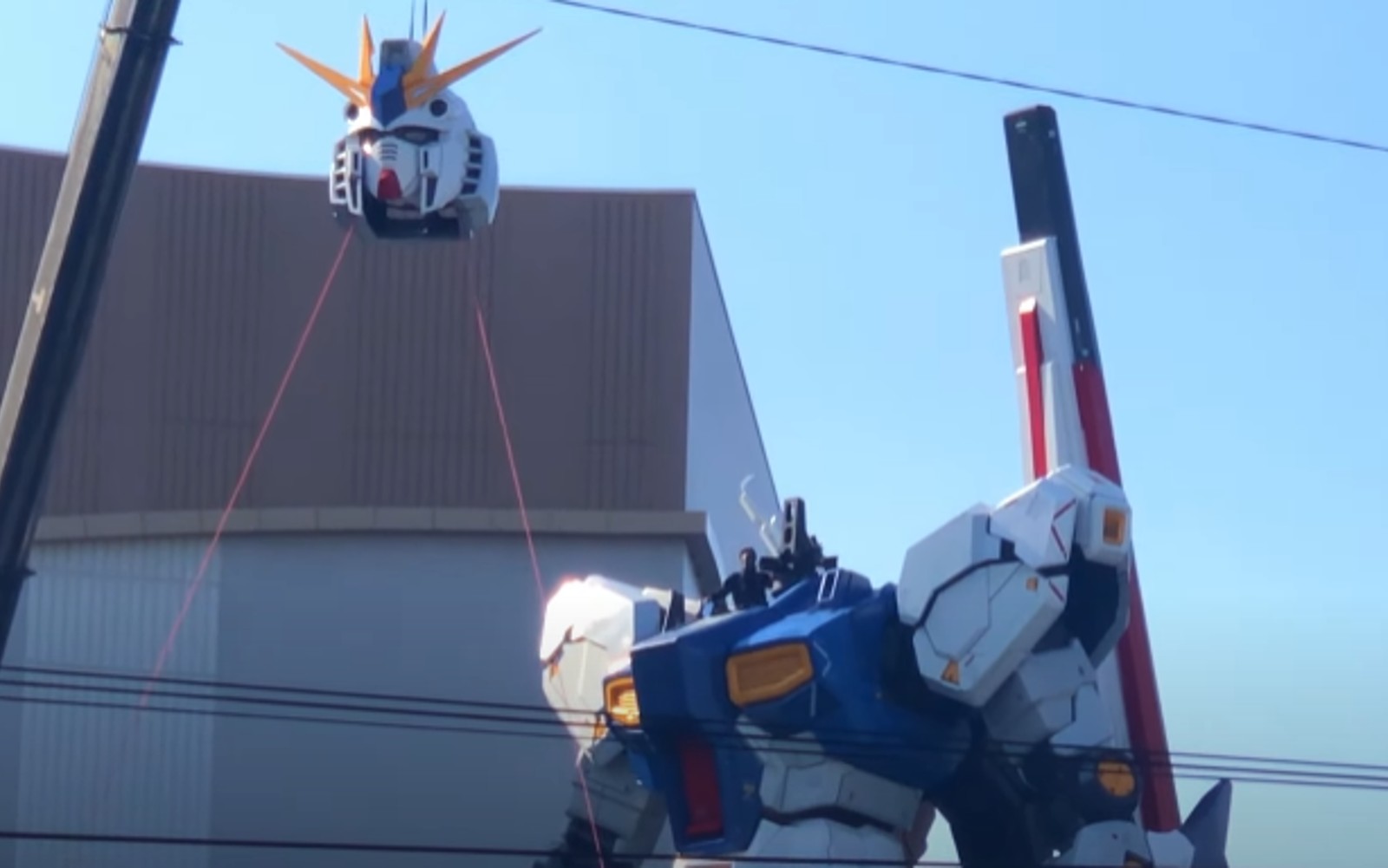 No matter how many times a new Gundam statue goes up in Japan, it’s always a sight to behold. This week was no different when workers attached the head of the RX-93FF V to its body as a crowd of onlookers and journalists came to watch the spectacle.

The one-to-one recreation is a riff on Amuro Ray’s Nu Gundam from 1988’s Char’s Counterattack. It stands 81.3 feet tall and is located in front of the LaLaport shopping center in Fukuoka, the most populous city on Japan’s southern island of Kyushu. Gundam creator Yoshiyuki Tomino was involved in the design of the statue, including the new tri-tone color scheme that adorns it.

It’s not the first one-to-one scale Gundam statue to go up in Japan. The one most people are probably familiar with is the RX-0 Unicorn Gundam that stands in Tokyo’s Odaiba district. It was a frequent sight during the 2020 Summer Olympics and the source of many a nerd faux pas during the event. Just ask the BBC and this guy.

According to The Mainichi, there are still some finishing touches workers need to add before the Gundam is complete sometime by the end of February. Hopefully the pandemic eases by then so that there’s a possibility people outside of Japan can visit it.