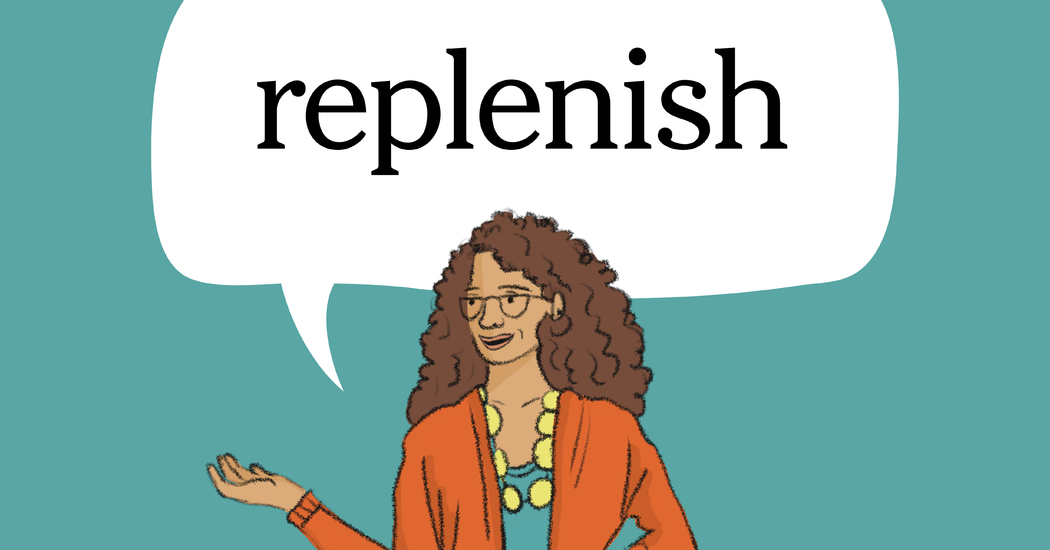 : fill something that had previously been emptied

The word replenish has appeared in 89 articles on NYTimes.com in the past year, including on Sept. 25 in “‘I Need an Army’: Across America, Schools Cram for Their Covid Tests” by Emily Anthes and Sabrina Imbler:

Even as t​he worst of the early testing supply shortages have eased, and states have received federal money, including $10 billion from the American Rescue Plan, to implement school-based Covid testing programs​, many school districts are still floundering.

… The rising demand for testing has also strained supplies. In Fresno, Calif., the school district has been unable to replenish its stock of rapid antigen tests and has had to cut back on its testing of student athletes as a result.

Can you correctly use the word replenish in a sentence?

If you want a better idea of how replenish can be used in a sentence, read these usage examples on Vocabulary.com.