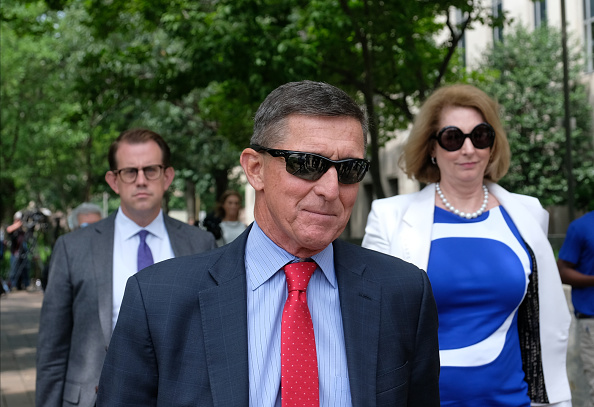 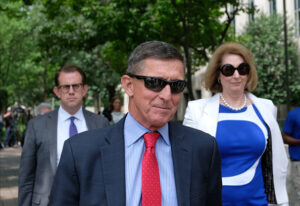 Retired General Michael Flynn has joined the ranks of witnesses suing the January 6 Select Committee to block a subpoena for documents and testimony.

Trump’s former National Security Advisor, who resigned after he got caught lying about his conversations with the Russian ambassador and was subsequently prosecuted for making false statements to the FBI, spent the last year flogging the Big Lie. He publicly urged Trump to declare martial law and seize all the voting machines in swing states which voted for President Biden, and advocated that the former president appoint attorney Sidney Powell as special counsel to investigate bogus claims of election fraud during a contentious Oval Office meeting on December 18, 2020.

So it’s hardly surprising that Flynn finds himself in the Committee’s crosshairs as it seeks to determine what happened in the lead up to the Capitol Riot.

Flynn is the eighth witness to sue the Committee, and his complaint follows what is now a familiar script. It begins with a mischaracterization about Speaker Nancy Pelosi refusing to appoint any of the Republican members nominated by Minority Leader Kevin McCarthy — in reality, she refused to seat Reps. Jim Jordan and Jim Banks, after which McCarthy yanked all five of his nominees, and Pelosi appointed Republicans Liz Cheney and Adam Kinzinger.

Here’s how Flynn fudges it:

Speaker Pelosi did not appoint Rep. Banks to serve as Ranking Member, nor did she appoint any other of Minority Leader McCarthy’s recommended minority members. In a public statement, she acknowledged that her refusal to appoint the members recommended by the Minority Leader was an “unprecedented decision.”

It goes on to insist that the body is thus “not a duly constituted Select Committee” and so lacks subpoena power.

“The Select Committee has no ranking minority member. Therefore, Chairman Thompson failed to make the requisite consultation before issuing the subpoena that compelled General Flynn to appear for a deposition,” he argues. Which is a convenient position to take the day after you failed to show up to testify and assert the privilege and Fourth, Fifth and First Amendment claims asserted in this complaint.

Flynn makes the same arguments as Mark Meadows, John Eastman, and Alex Jones — that the Committee is engaged in law enforcement activity, which is the unique province of the executive branch, and also that the Committee lacks a legitimate legislative purpose. The problem for Flynn et al. is that Donald Trump already made these same arguments before the US District Court in DC and the DC Circuit, and he lost.

Flynn’s complaint says “On November 30, 2021, the D.C. Circuit held oral argument on the merits of former President Trump’s appeal. This case is still pending.” In fact, it is not.

On December 9, the appellate panel ruled against the former president, knocking down all these same arguments about the Committee’s illegitimate make up and purpose, and ruling that the National Archives could turn over Trump’s presidential records to the Committee. And while the issue in that case was one of separation of powers and executive privilege, two federal courts have already addressed the paint-by-numbers “Ur Not a Real Committee” claims and found them lacking.

Interestingly, Flynn deviates from the script by claiming that a subpoena for his cellphone metadata violates his “core 1st Amendment rights,” rather than the Stored Communications Act. Although he doesn’t know if such a subpoena exists, so instead he spends a lot of time inveighing against the unfairness of a subpoena issued to Verizon for Mark Meadows’s phone records.

Which is funny, but not as funny as the description of his prosecution for lying to federal agents:

He was famously led into a perjury trap by the Federal Bureau of Investigation, pled guilty to making a false statement after the government threatened his son and then agreed not to prosecute his son if he pled guilty. He later sought to withdraw that plea under the guidance of new counsel after the discovery of exculpatory evidence that was withheld from him prior to his guilty plea. When the Department of Justice decided to drop the charges against him, a court stayed his sentencing while the Court considered whether to force the Department of Justice to prosecute him. Ultimately, General Flynn received a Presidential pardon.

Flynn’s preferred form of relief is a declaratory judgment that the Committee is illegal and all its subpoenas are a nullity. But he’d accept an injunction on enforcement, too, if he has to.

While his fellow witnesses have all sought the protection of federal courts in DC, Flynn’s case was filed in the Middle District of Florida. It was originally assigned to Judge Kathryn Mizelle, a Trump appointee. But she recused herself, likely because her husband Chad Mizelle was the head of DHS under Trump. The case is now assigned to Judge Mary Scriven, a George W. Bush appointee.

Last night, he filed a motion for temporary restraining order or a preliminary injunction because “Absent swift intervention by the Court, the United States House Select Committee to Investigate the January 6th Attack on the United States Capitol (the “Select Committee”) will continue to exploit the searing infamy of the Capitol attack to conceal its abuse of its authority and trample over General Flynn’s Constitutional rights, echoing the darkest days of government overreach driven by unhinged Congressional hysteria more than half a century ago.”

Because if there’s one thing Mr. “Declare Martial Law and Seize the Voting Machines” cares about, it’s the Constitution.