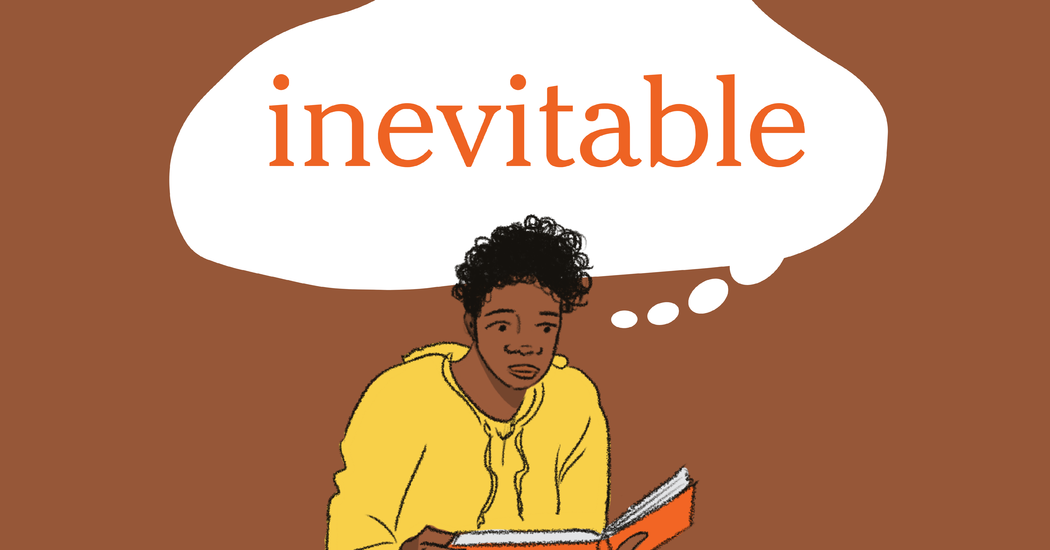 adjective: incapable of being avoided or prevented

The word inevitable has appeared in 996 articles on NYTimes.com in the past year, including on Dec. 19 in “U.K. Weighing Lockdown Amid an Omicron Wave and Political Turmoil” by Megan Specia and Stephen Castle:

LONDON — With coronavirus cases in Britain exploding, driven by the highly transmissible Omicron variant, the government is leaving open the possibility of soon imposing another round of restrictions, the country’s health secretary said on Sunday.

… Mr. Javid did not deny speculation that the government was considering a two-week “circuit breaker” that could mean curbs on pubs and restaurants, and the government’s emergency committee held a private meeting on Sunday with national leaders about the surge in cases. Mr. Khan said on Sunday that he thought more restrictions were “inevitable.”

Can you correctly use the word inevitable in a sentence?

If you want a better idea of how inevitable can be used in a sentence, read these usage examples on Vocabulary.com.