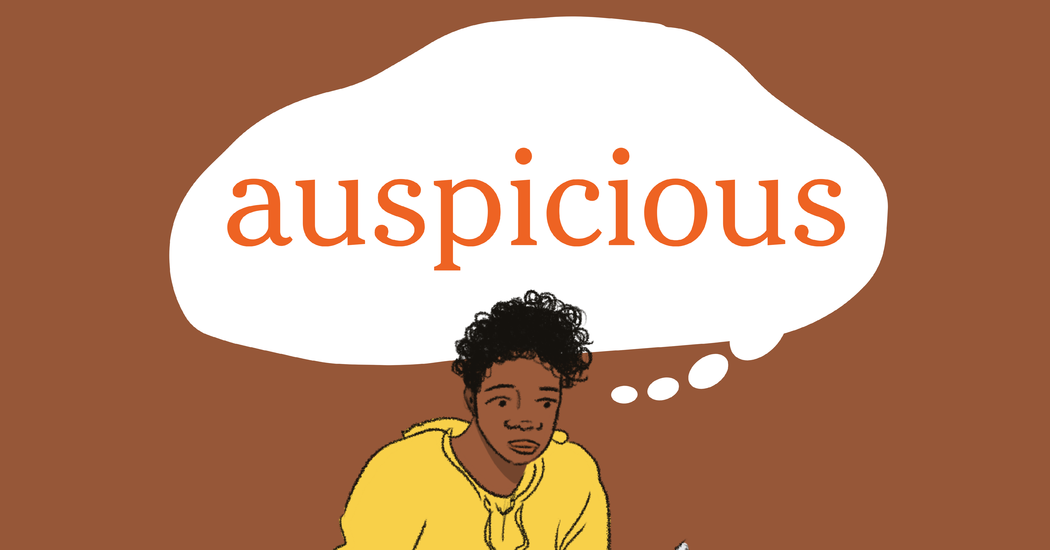 The word auspicious has appeared in 49 articles on NYTimes.com in the past year, including on June 7 in “See You in 2022: Wary New Yorkers Are Delaying Celebrations Again” by Kimiko de Freytas-Tamura:

Even as the pandemic recedes, company executives are being cautious about scheduling big gatherings, said Dorit Farrington, who owns the Aqua Azul yacht with her husband. “It has been so, so tough,” she said.

… At the Ganesh Temple in Flushing, Queens, officially known as the Sri Maha Vallabha Ganapati Devasthanam, the director, Ravi Vaidyanaat, complained that no couple had booked a wedding in May, even on days considered auspicious in the Hindu calendar. And he still has plenty of slots the rest of the year.

Can you correctly use the word auspicious in a sentence?

If you want a better idea of how auspicious can be used in a sentence, read these usage examples on Vocabulary.com.