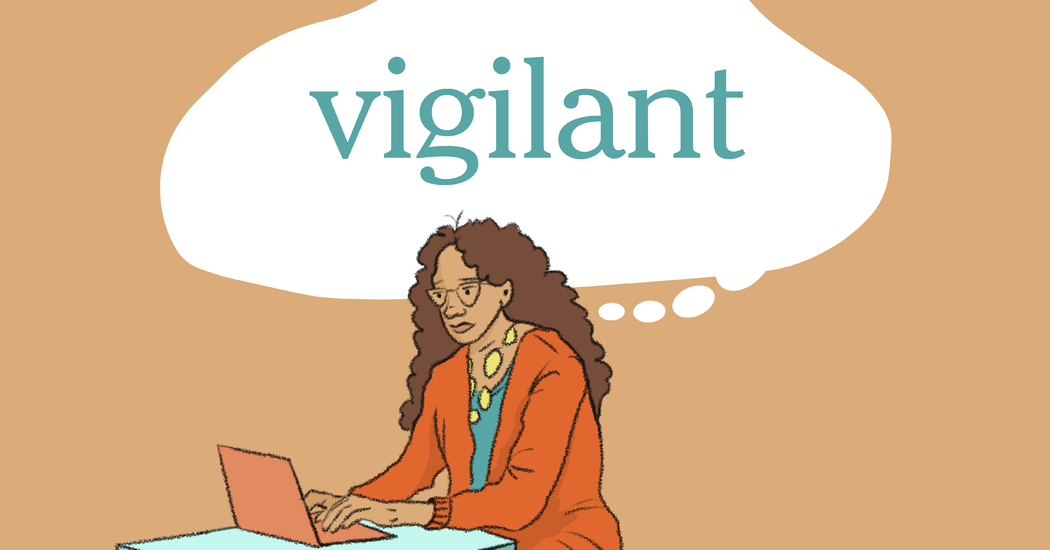 : carefully observant or attentive; on the lookout for possible danger

The word vigilant has appeared in 215 articles on NYTimes.com in the past year, including on Oct. 29 in “Is Hurricane Season Still Going? You Bet.” by Derrick Bryson Taylor:

Storms that develop late in the season can be equally unpredictable, he said, and November storms have been known to hit both the Gulf and East Coasts.

Mr. Feltgen warned residents not to be lulled into a false sense of security by the lack of recent storm activity.

“Remain vigilant, check in every once in a while and see what’s going on in the tropics,” he said. “Don’t raid your hurricane supplies yet.”

Can you correctly use the word vigilant in a sentence?

If you want a better idea of how vigilant can be used in a sentence, read these usage examples on Vocabulary.com.