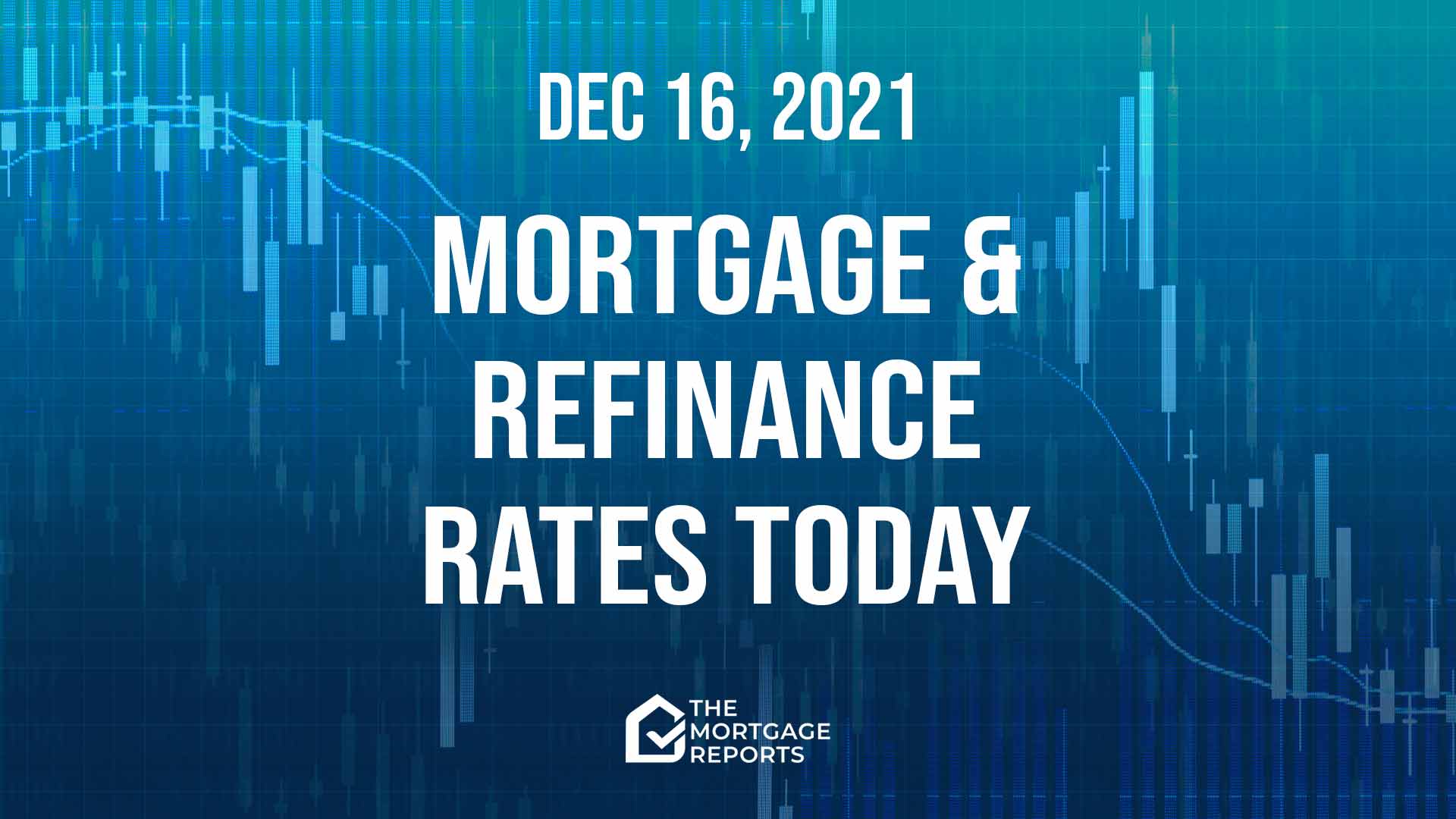 Average mortgage rates edged higher yesterday, following news from the Federal Reserve. They’d have probably gone higher had the Fed not signaled its intentions well in advance of its announcement.

First thing this morning, it was looking as if mortgage rates today might be unchanged or barely changed. But that could turn out differently as the day progresses.

So, the Federal Reserve’s decision yesterday to cut its COVID–19 stimulus program sooner than planned created only a small rise in average mortgage rates. I’d normally expect those rates to resume their gentle upward drift.

But the impact of the Fed’s announcement may be short–lived. That depends on the effects the Omicron vaccine has on the American economy. More on that below.

Because I’m financially cautious, my personal rate lock recommendations are:

So use markets only as a rough guide. Because they have to be exceptionally strong or weak to rely on them. But, with that caveat, mortgage rates today might hold steady or nearly steady. However, be aware that “intraday swings” (when rates change direction during the day) are a common feature right now.

I follow a lot of European news coverage. And, there, the new Omicron variant of COVID–19 tends to dominate the media. I’m very surprised that the same doesn’t yet apply here in America.

In Europe, Omicron is tearing through countries, forcing governments to implement strict new measures intended to slow its spread. Take the UK as an example. Yesterday, it recorded 78,610 new cases in the previous 24 hours, according to The New York Times (paywall) citing UK government figures. That was the worst ever tally for the nation by some margin.

And the UK has a population that’s roughly 20% of America’s. So, if we saw similar infection rates, we’d be looking at nearly 400,000 new cases each day.

Worse, on Tuesday, the British government’s chief medical adviser told legislators that the Omicron infection rate could be running at 1 million new cases a day in that country by the end of this month, according to The Guardian.

Now, it’s true that we’re not yet sure how medically harmful Omicron is compared with the Delta and earlier variants. And some think it may lead to significantly fewer hospitalizations and deaths per 100,000 cases.

However, if even a tiny percentage of infections lead to serious consequences, that could result in health resources being overwhelmed. A small proportion of an enormous number is still a big number. That’s why many European governments are reacting so sharply.

If Omicron ravages the US in the way it is affecting much of Europe, that would almost certainly inflict significant economic damage. And who thinks that won’t happen? On Tuesday, The Washington Post ran the headline, “Omicron spreading rapidly in U.S. and could bring punishing wave as soon as January, CDC warns.”

Such a disaster is highly likely to bring lower mortgage rates, regardless of what the Fed or anyone else says or does. But we’re not there yet.

Over much of 2020, the overall trend for mortgage rates was clearly downward. And a new, weekly all–time low was set on 16 occasions last year, according to Freddie Mac.

The most recent weekly record low occurred on Jan. 7, when it stood at 2.65% for 30–year fixed–rate mortgages.

The numbers in the table below are for 30–year, fixed–rate mortgages. Fannie’s were published on Nov. 18 and the MBA’s on Nov. 22.

Freddie’s were released on Oct. 15. It now updates its forecasts only quarterly. So we may not get another from it until January.

And none of these forecasters had any idea that Omicron might entirely change the models on which they’re based.

Some lenders have been spooked by the pandemic. And they’re restricting their offerings to just the most vanilla–flavored mortgages and refinances.

But others remain brave. And you can still probably find the cash–out refinance, investment mortgage or jumbo loan you want. You just have to shop around more widely.

The information contained on The Mortgage Reports website is for informational purposes only and is not an advertisement for products offered by Full Beaker. The views and opinions expressed herein are those of the author and do not reflect the policy or position of Full Beaker, its officers, parent, or affiliates.