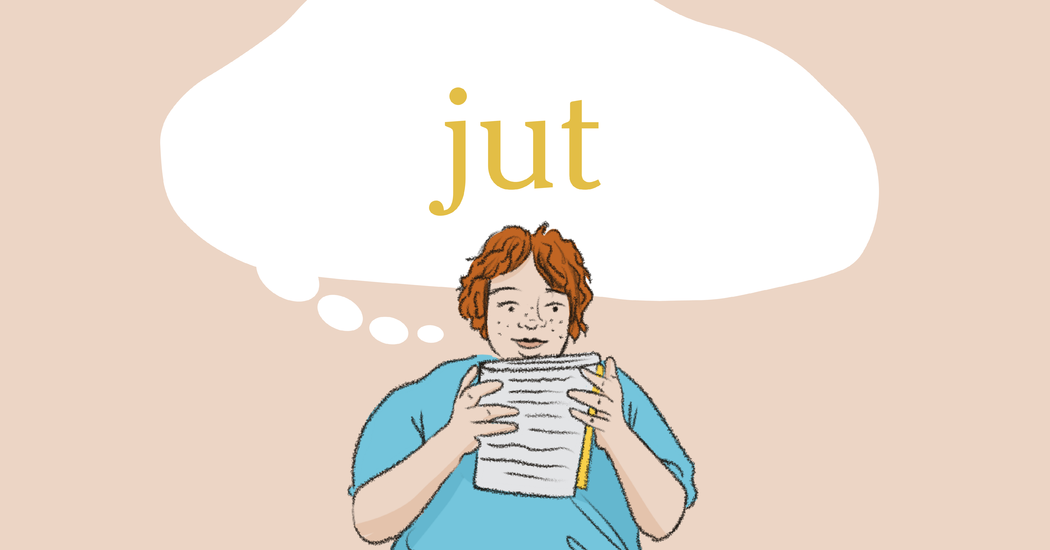 verb: extend out or project in space

noun: something that bulges out or is protuberant or projects from its surroundings

noun: the act of projecting out from something

The word jut has appeared in 13 articles on NYTimes.com in the past year, including on July 15 in “Basketball Is Nothing Without Net” by David Waldstein:

One of the most gratifying sounds in sports is the whoosh of a basketball snapping the netting on a perfect swish.

Take away the net and all that’s left is the unsatisfying silence of a ball pushing air molecules around as it sails through the rim. Did it even go through? Sometimes it is hard to tell.

… Across the city, some rims jut out into space unadorned with twine. Some do have nets, whether bought and attached by civic-minded individuals like Amador, or provided by a school, a generous physical education teacher, or another anonymous donor.

Can you correctly use the word jut in a sentence?

If you want a better idea of how jut can be used in a sentence, read these usage examples on Vocabulary.com.