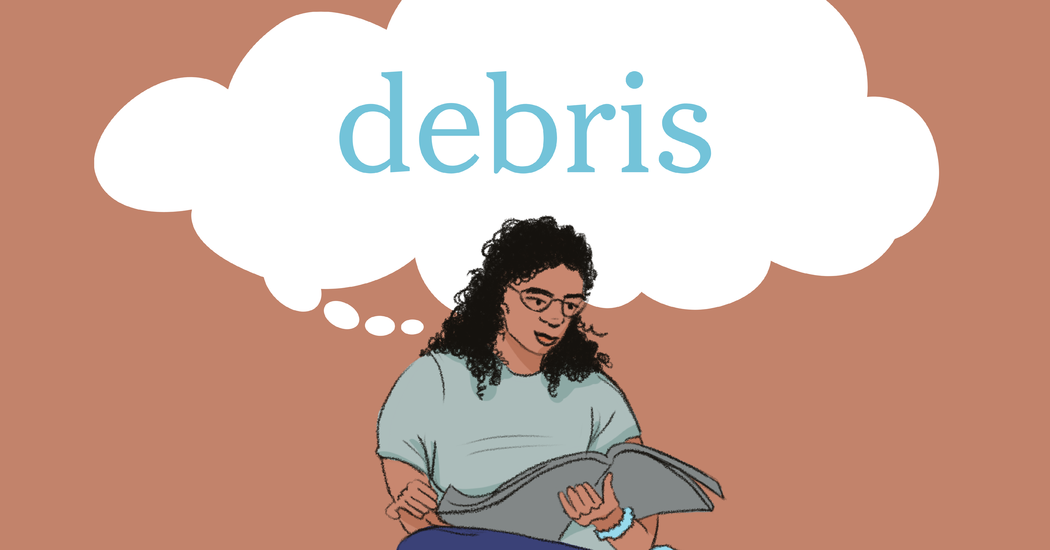 : the remains of something that has been destroyed or broken up

The word debris has appeared in 452 articles on NYTimes.com in the past year, including on Nov. 16 in “Russia Acknowledges Antisatellite Missile Test That Created a Mess in Space” by Andrew E. Kramer:

Russia’s military acknowledged on Tuesday that it had conducted a test of an antisatellite weapon that obliterated a target in orbit, sending a vast cloud of debris zipping around Earth and forcing astronauts on the International Space Station to seek shelter.

… The U.S. Space Command said the debris is likely to remain in orbit for years or even decades, adding to a vast array of space junk. A few days before the Russian test, the space station had to dodge debris from a 2007 Chinese weapons test.

Can you correctly use the word debris in a sentence?

If you want a better idea of how debris can be used in a sentence, read these usage examples on Vocabulary.com.