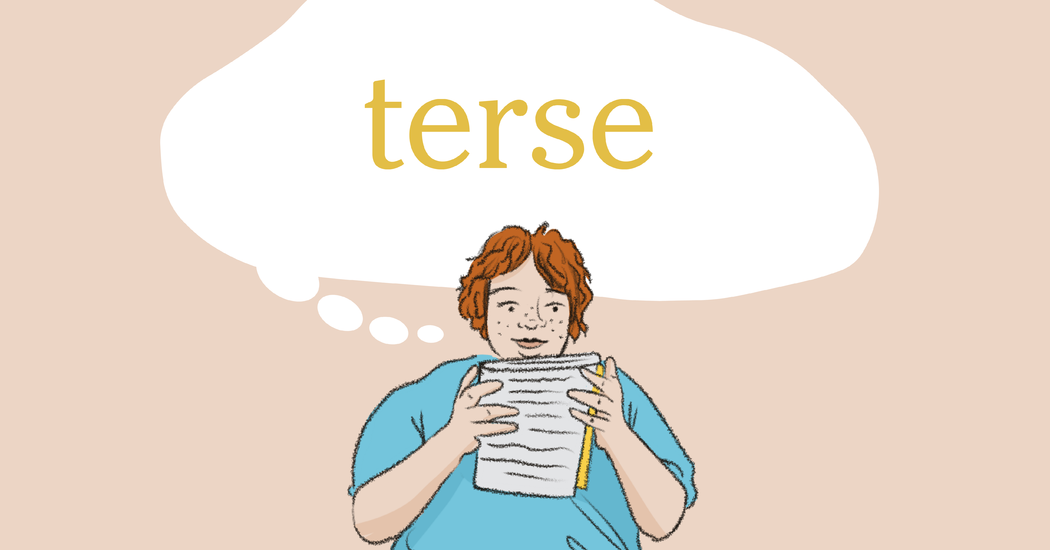 : brief and to the point; effectively cut short

The word terse has appeared in 99 articles on NYTimes.com in the past year, including on Sept. 10 in “Novak Djokovic Is Ready for Another Fight” by Matthew Futterman:

The jeering jarred Djokovic on his first night here, as the crowd roared “ROOOOOON!” over and over and showed little appreciation for the start of Djokovic’s quest to achieve something that was considered too difficult in this era, with the three greatest-ever players competing all at once. He was terse in his on-court interview after Rune was finished. He abandoned his trademark gesture of pushing his heart out to the crowd. He was blunt in a post-match news conference.

“Obviously you always wish to have the crowd behind you, but it’s not always possible,” he said. “That’s all I can say.”

Can you correctly use the word terse in a sentence?

If you want a better idea of how terse can be used in a sentence, read these usage examples on Vocabulary.com.