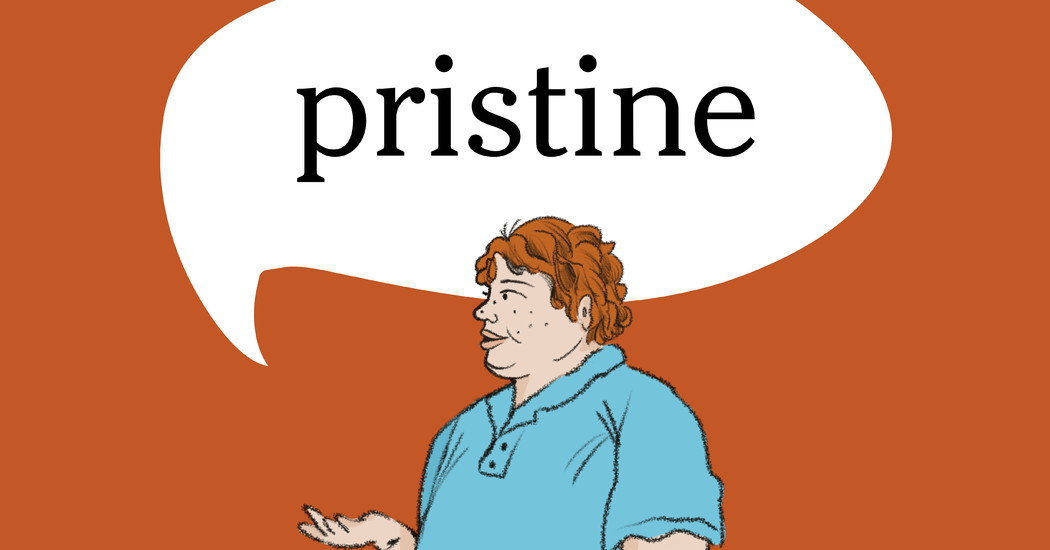 2. free from dirt or contamination

The word pristine has appeared in 250 articles on NYTimes.com in the past year, including on Nov. 3 in “‘Everything About You Must Say Power’” by Vanessa Friedman:

Six years ago, Eric Adams, then Brooklyn borough president, stood onstage at Medgar Evers College in Brooklyn and thundered his commencement advice at the soon-to-be graduates.

He exhorted them to “reach for the stars.” “You are lions,” he told them. They should always say to themselves, “I am possible.”

But, he warned them, while you’re doing all that, do not forget, “When you play where the big boys and the big girls play, everything you do people watch.”

“People look at your presentation before they take you seriously,” he said. “Everything about you must say power.”

On the first Tuesday in November, as he strode to a podium in Brooklyn to declare victory in New York City’s mayoral contest, becoming the second Black mayor in the city’s history and chief of the power playground, Mr. Adams modeled exactly what that meant — as he has been doing since he began his climb toward Gracie Mansion. His white shirt was so pristine it practically glowed; his collar open; his cuff links closed.

Can you correctly use the word pristine in a sentence?

If you want a better idea of how pristine can be used in a sentence, read these usage examples on Vocabulary.com.