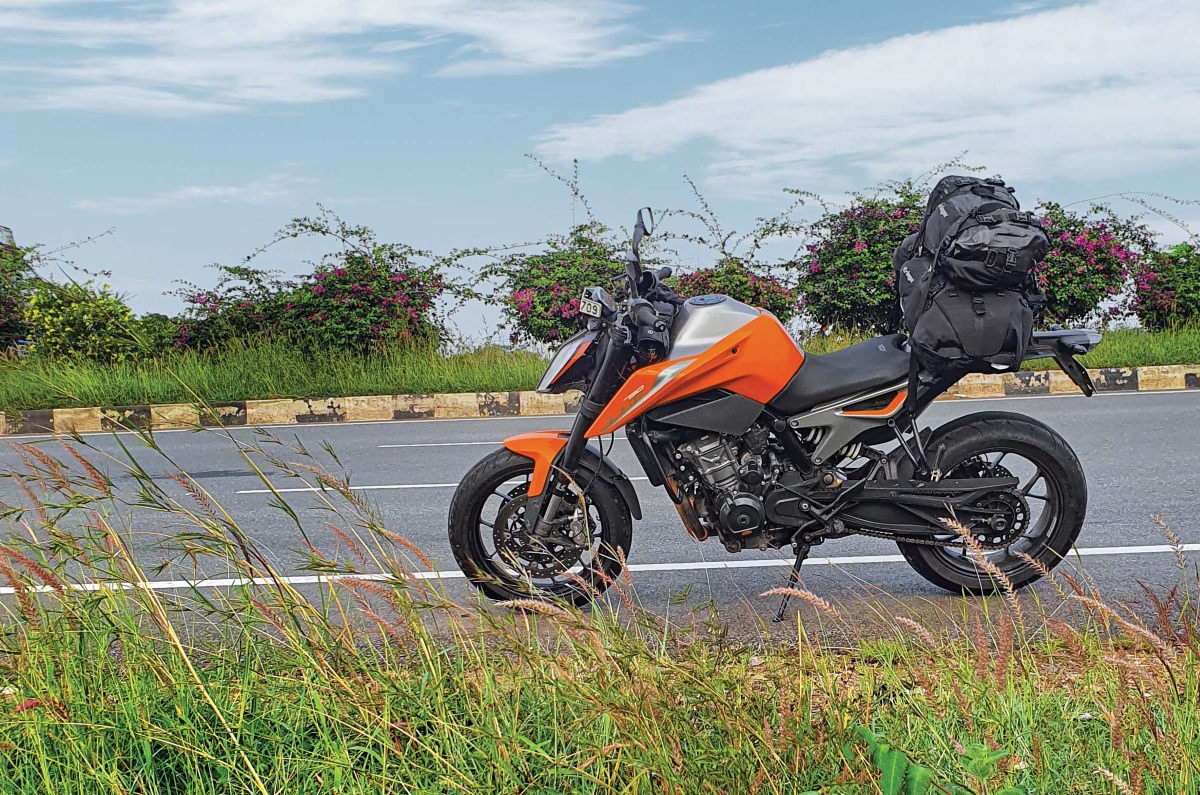 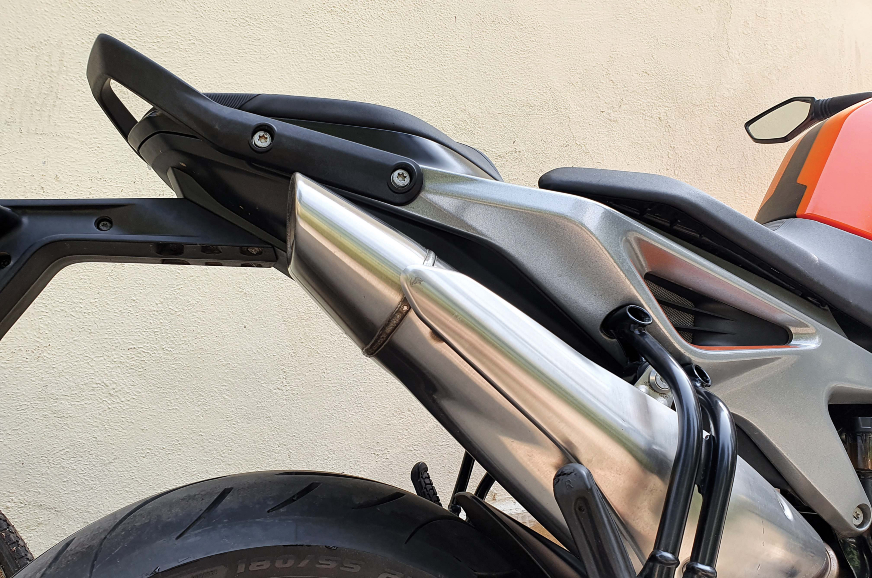 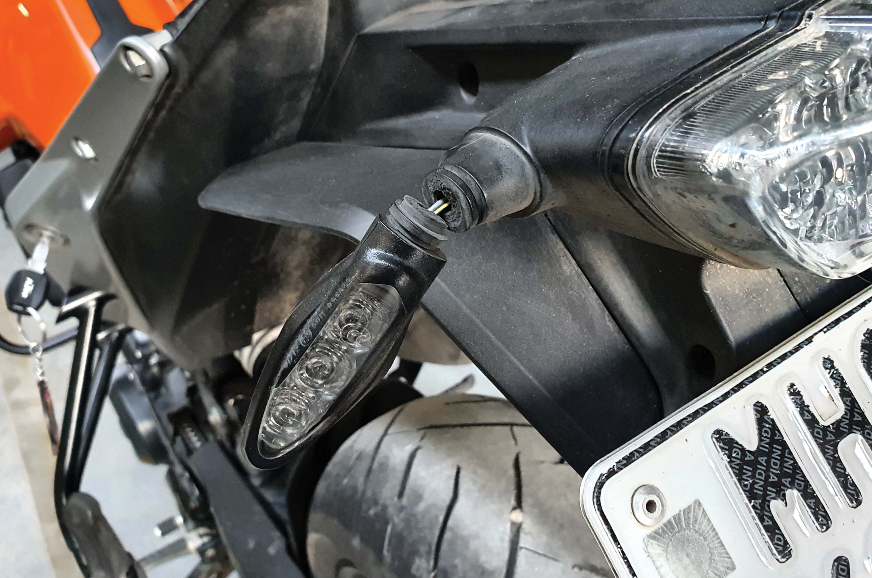 After a prolonged engine overheating issue is sorted, the 790 finally heads out on a long road trip.

The last few months with the 790 have been a living Euro-bike cliché. When the bike runs well, it’s absolutely intoxicating and even a year and a half later, it still makes me giggle on every ride. But there has also been a rather extended period where it has not run perfectly.

The problem lay in an ‘MTC Failure’ warning that would randomly pop up, subsequently followed by the engine overheating and cutting off in heavy traffic. At first, the issue was thought to be a radiator packed with mud kicked off the front tyre in the monsoon (this bike is not a monsoon garage queen). The radiator was thoroughly cleaned and a makeshift fender extender prevented that problem from happening again. But the issue continued and it was then traced down to the stock Haijiu battery, which stopped holding charge in just around a year’s time. A new Exide battery was purchased (not covered under warranty), but the problem still persisted. 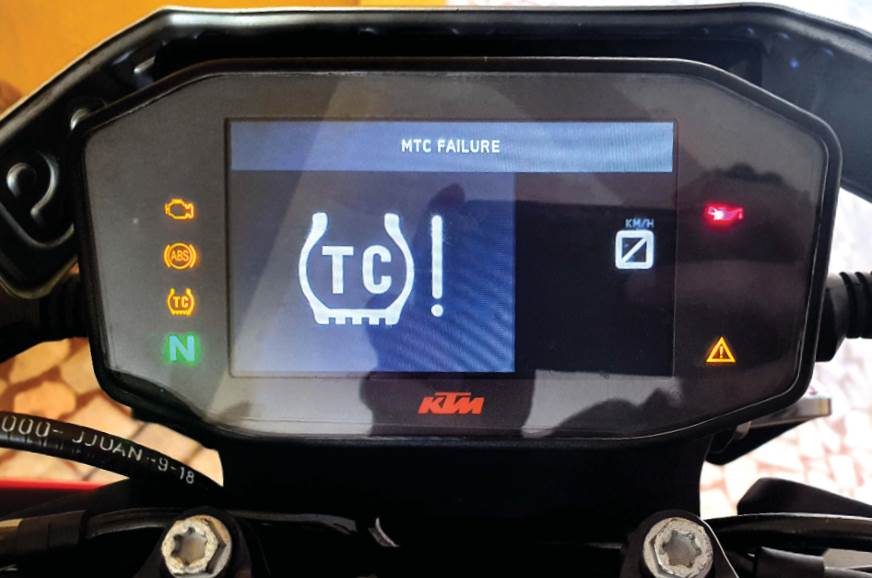 Overheating and error messages diagnosed to a faulty radiator fan.

At this point, things were escalated beyond the dealer level and after about a week’s worth of diagnosis, the folks from KTM India found the radiator fan to be faulty. It was one of those tricky situations where the fan would seemingly run fine most of the time, but act up only occasionally, which made it tricky to diagnose. Anyway, it’s been over 2,000km since the fan was replaced under warranty and so far, it’s been wonderfully smooth sailing. Well, apart from the fact that one front indicator and rear indicator each have recently (and seemingly spontaneously) broken, something I assume has been caused by the repeated hammering from the terrible roads here in Maharashtra.

While I still need to discover whether these indicators will be replaced under warranty, the 790 finally got the chance to fulfil what was its primary objective when purchased – a trip to the racetrack! A fresh set of Metzeler M9 RR tyres were slapped on, luggage was loaded and I set off on what was to be a 3,000km round trip to the MMRT in Chennai, with a visit to Pondicherry along the way.

Unfortunately, real life often has no interest in our best laid plans, and after 950km through beautiful weather up to Bengaluru, my brother, his friend and I, who were all riding together, were forced to turn around. Chennai was hit by terrible cyclonic weather and a flooded track forced Rajini Krishnan to cancel the entire two-day RACR track session that we were to attend. 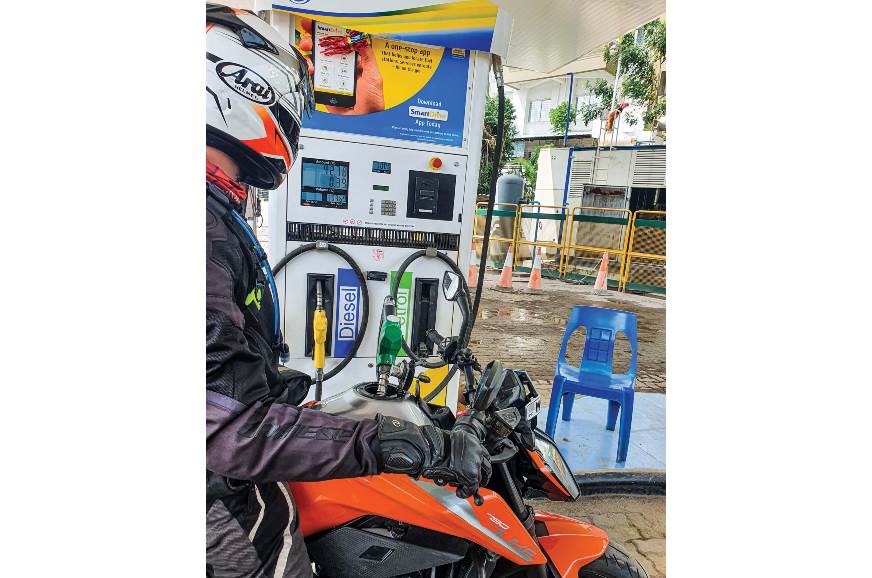 Ah well, I still ended up doing a 2,000km road trip and the bike performed flawlessly. Wind protection is non-existent, and the high exhaust makes mounting luggage tricky, but there was enough space for 6’1” tall me to sit even with the luggage. At a steady 115-125kph, the 790 will return 21-23kpl, which is pretty damn good given the explosive performance on offer.

The next track day is now planned for February 2022. In the meantime, I’m already dreaming up the two upgrades this otherwise sharp and angry motorcycle so strongly deserves – an aftermarket front brake master cylinder and a suspension upgrade.