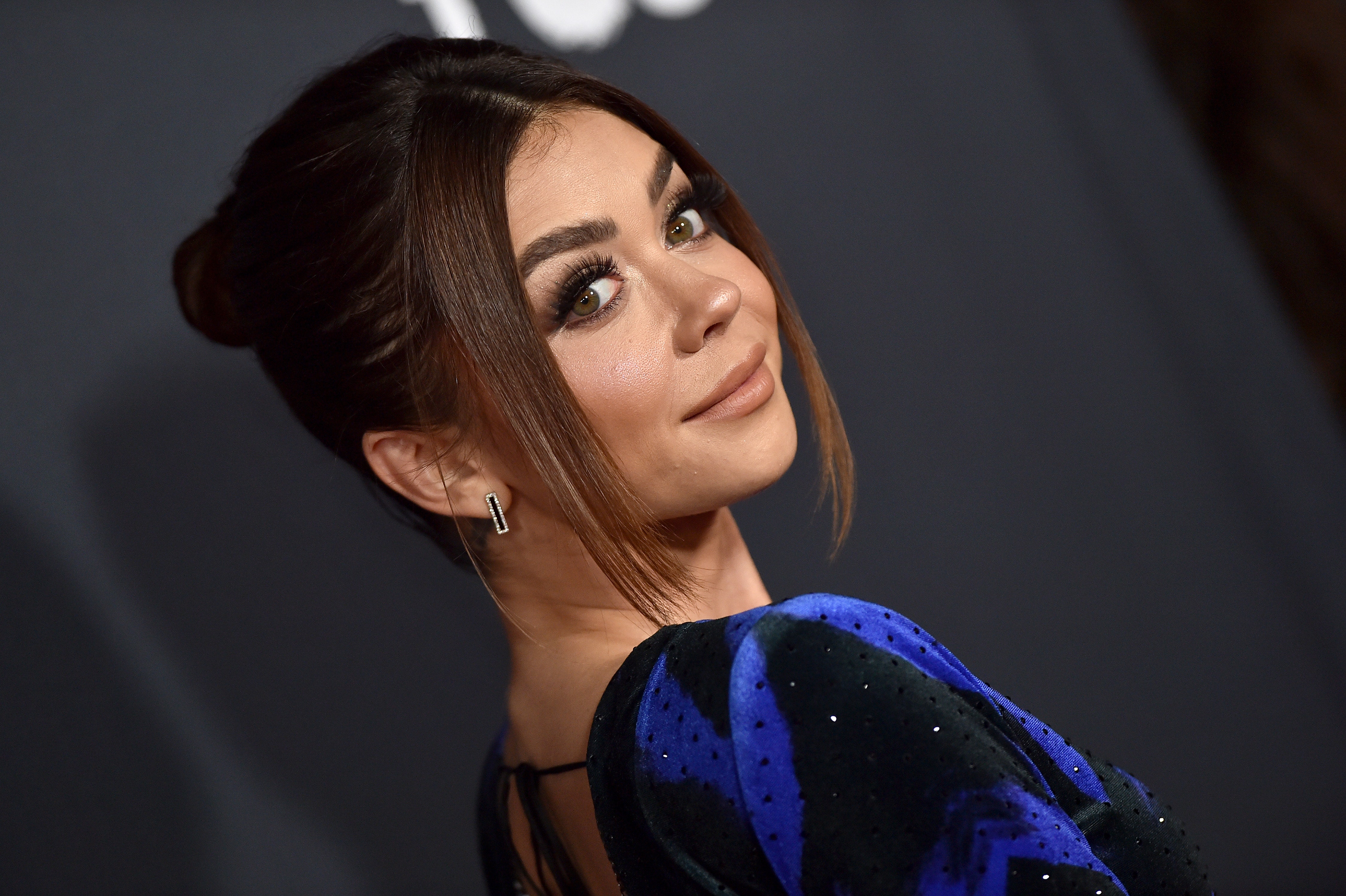 They say a lot can change in a year, and, for Sarah Hyland, 2021 has certainly brought a lot of changes to her hair. In February of 2021, the actor transformed into a redhead. Then, in June, she turned into a curly redhead thanks to Russian virgin curly extensions. Now, nearly six months later, Hyland has now said goodbye to her long hair and is ushering in a new hair era with a blunt bob paired with some brow-skimming bangs.

Hyland debuted her new ‘do on the red carpet at the 2021 E! People’s Choice Awards on December 7 in Santa Monica, California. Hairstylist Nikki Lee of Nine Zero One Salon in Los Angeles was behind Hyland’s new cut. (In fact, Lee is responsible for each and every one of Hyland’s hair transformations this year.)

Lee shared a two-part photo slideshow of the cut on her Instagram, revealing in the caption that hairstylist Briana Cisneros would call Hyland’s new bob “a version of the ‘bixie,'” which is a combination of a bob and a pixie cut.

Because we’re almost three weeks away from the new year, we don’t think that Hyland will make any more drastic hair changes soon, though perhaps we shouldn’t jinx things. With all the celebrities that have been flocking to get a bob cut, we’re thinking that something’s really brewing in the Hollywood water right now. Jessica Alba just showed off her new bob in an Instagram post on December 4, and Zendaya arrived at the Ballon d’Or ceremony on November 29 with a chin-length bob. A little over a month before Zendaya and Alba even made the cut, Selena Gomez returned to her chin-length bob from 2019. Coincidence? I think not.

Now, check out more of the latest beauty news below: