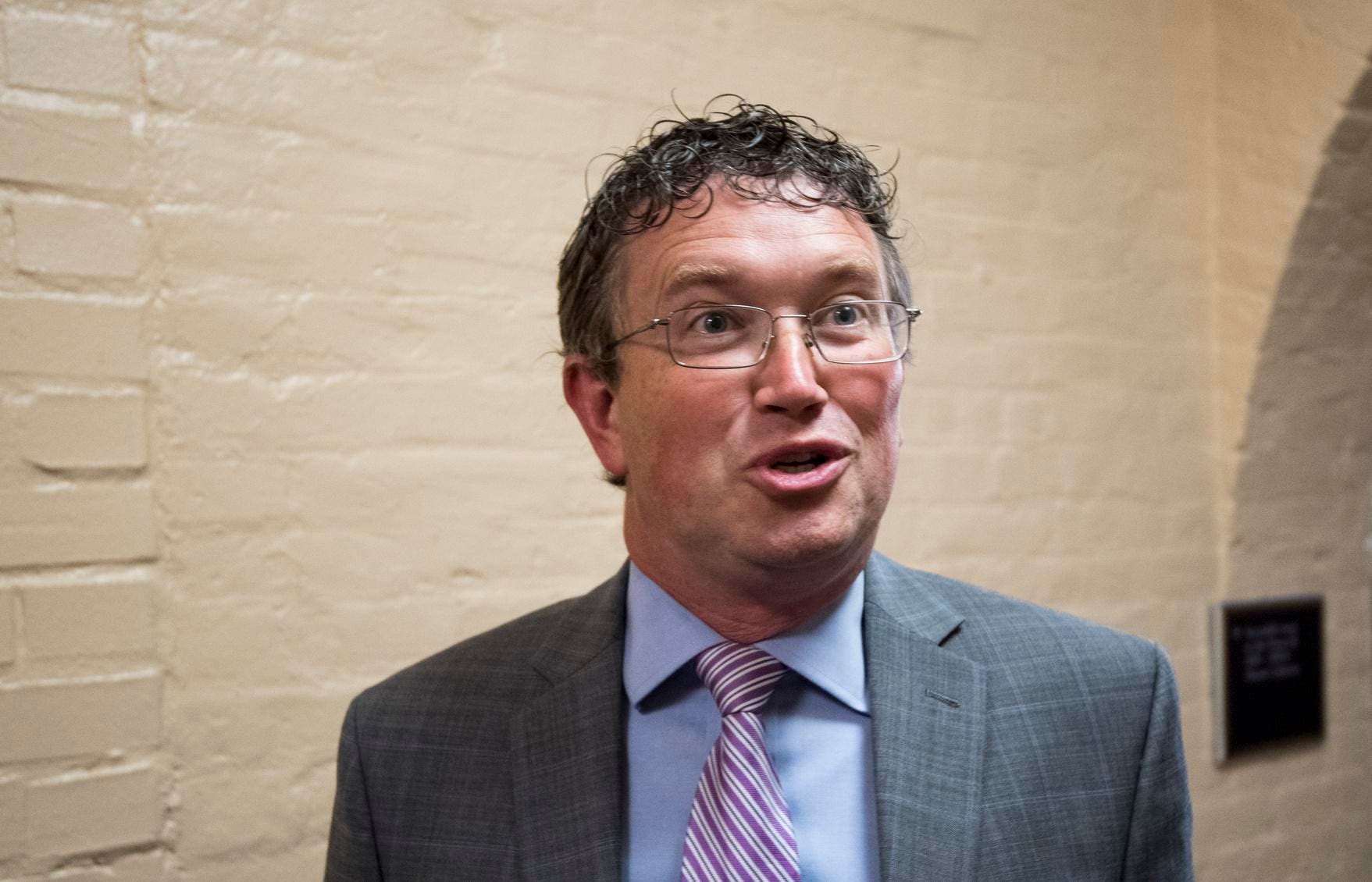 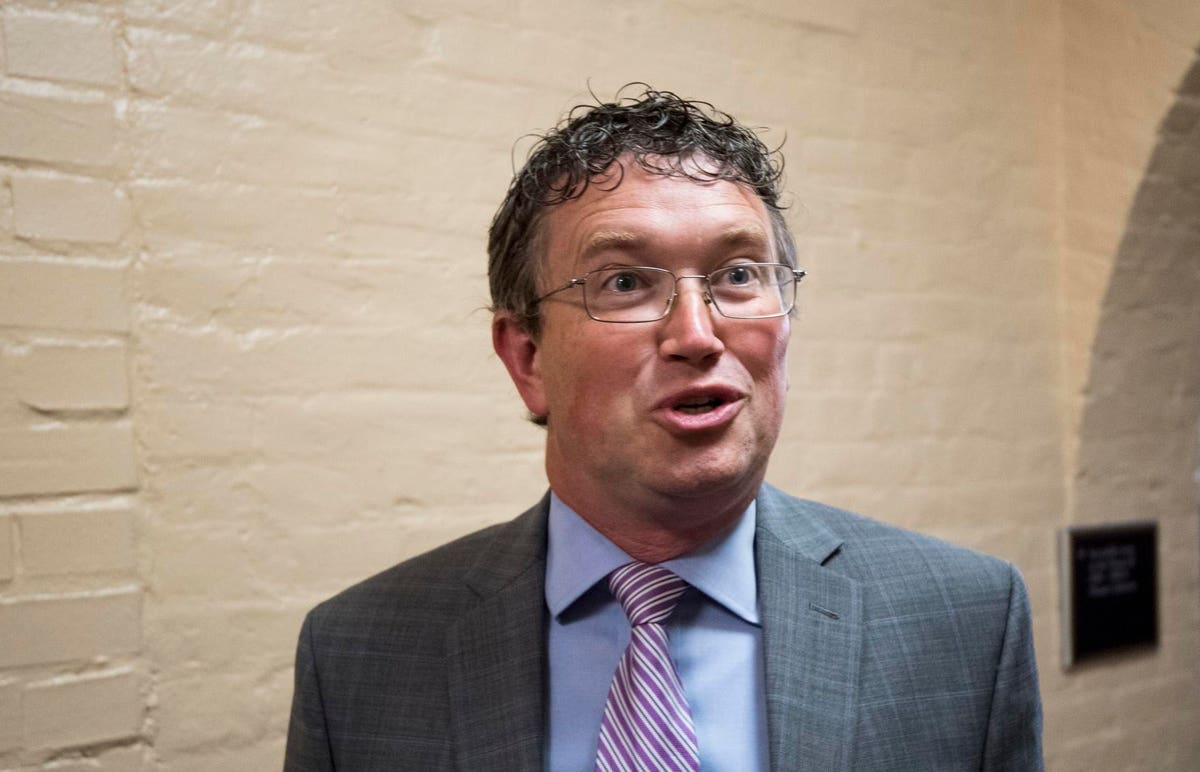 Last Saturday, December 4, Rep. Thomas Massie (R-Kentucky) shared what to many might have been just a bit of a quirky holiday photo on Twitter. It showed Massie, his wife and five children each holding a firearm with the caption “Merry Christmas! ps. Santa, please bring ammo.”

Even strong supporters of the Second Amendment may have questioned the timing of the photo, which was posted just two days after a school shooting in Oxford, Michigan. Yet, Rep. Massie has also made a name for himself by courting some controversy. Even as some criticized him, others defended the lawmaker, who has remained a committed supporter of the Second Amendment.

Among those to respond was Fred Guttenberg, who became a gun control activist after his daughter Jaime was killed during the 2018 Parkland High School shooting.

“[email protected], since we are sharing family photos, here are mine. One is the last photo that I ever took of Jaime, the other is where she is buried because of the Parkland school shooting. The Michigan school shooter and his family used to take photos like yours as well,” Fred Guttenberg (@fred_guttenberg) tweeted in response.

Richard N. Ojeda, II (@Ojeda4America), former West Virginia state senator, and U.S. Army veteran, also called out Rep. Massie on Twitter, “KY Rep Thomas Massie has an M60 Machine gun? Are you kidding me?? I carried the ‘Pig’ when I was enlisted and during my first tour in Iraq we had a few of these on our vehicles. NO CIVILIAN should ever own a weapon like this. In the wrong hands, it would be catastrophic!”

Not A Political Play

Some might say that the Kentucky lawmaker was simply “playing to his base,” yet that wasn’t how it was seen by Mike Lawlor, associate professor of criminal justice at the Henry C. Lee College of Criminal Justice and Forensic Sciences at the University of New Haven.

“I don’t think he was being cynical. He is someone who is enamored by his firearms,” Lawlor explained. “It was also likely the photo was taken before the incident in Oxford, Michigan.”

Lawlor added that unlike politicians who do play to the base often lack sincerity, but that wasn’t the case here.

“Massie is known for doing things that are sometimes seen as a little crazy, and he is known for his ultra-libertarian views,” said Lawlor. “I am with those people who think it is a little outrageous that he posed for a Christmas photo with his family holding guns. It is the potential to embolden those who are like-minded. You saw this in Kenosha with Kyle Rittenhouse. It convinces people that this is normal behavior. All the guns were assault-type weapon and it sends a particular message. It could potentially make it more likely that some believe this is normal behavior.”

Yet, supporters of the Second Amendment were also quick to note that despite the outrage from some users, nothing that the congressman did was illegal – and by all accounts, the firearms are legally owned. In fact, the case could be made that Massie was very much exercising his Constitutional rights and managed to use a simple photo to stir up a debate – for which he has received a lot of press.

It should be noted too that Saturday’s tweet from the Kentucky lawmaker had nearly 85,000 likes and it had been retweeted some 13.3 thousand times. Rep. Massie has posted that despite some vocal negativity he also received a lot of praise for his continued support of the Second Amendment.

“Rep. Massie is an unabashed gun lover and supporter of the Second Amendment, so this family photo comes as no surprise,” said Teresa Mull, editor of Gunpowder Magazine.

“I have met Rep. Massie and know from writing about his career as a congressman that he is not the type of person to deride a tragedy,” Mull told me via an email. “This photo was likely planned and maybe even scheduled to post in advance of the school shooting, and the timing, though perhaps unfortunate, is coincidental and unrelated. Massie’s photo, nonetheless, shows how firearms can and should be handled safely, and can – and often are – a mechanism by which family members bond, be it through lessons on gun safety, self-defense training seminars taken together, sport shooting activities, family hunting expeditions, etc.”