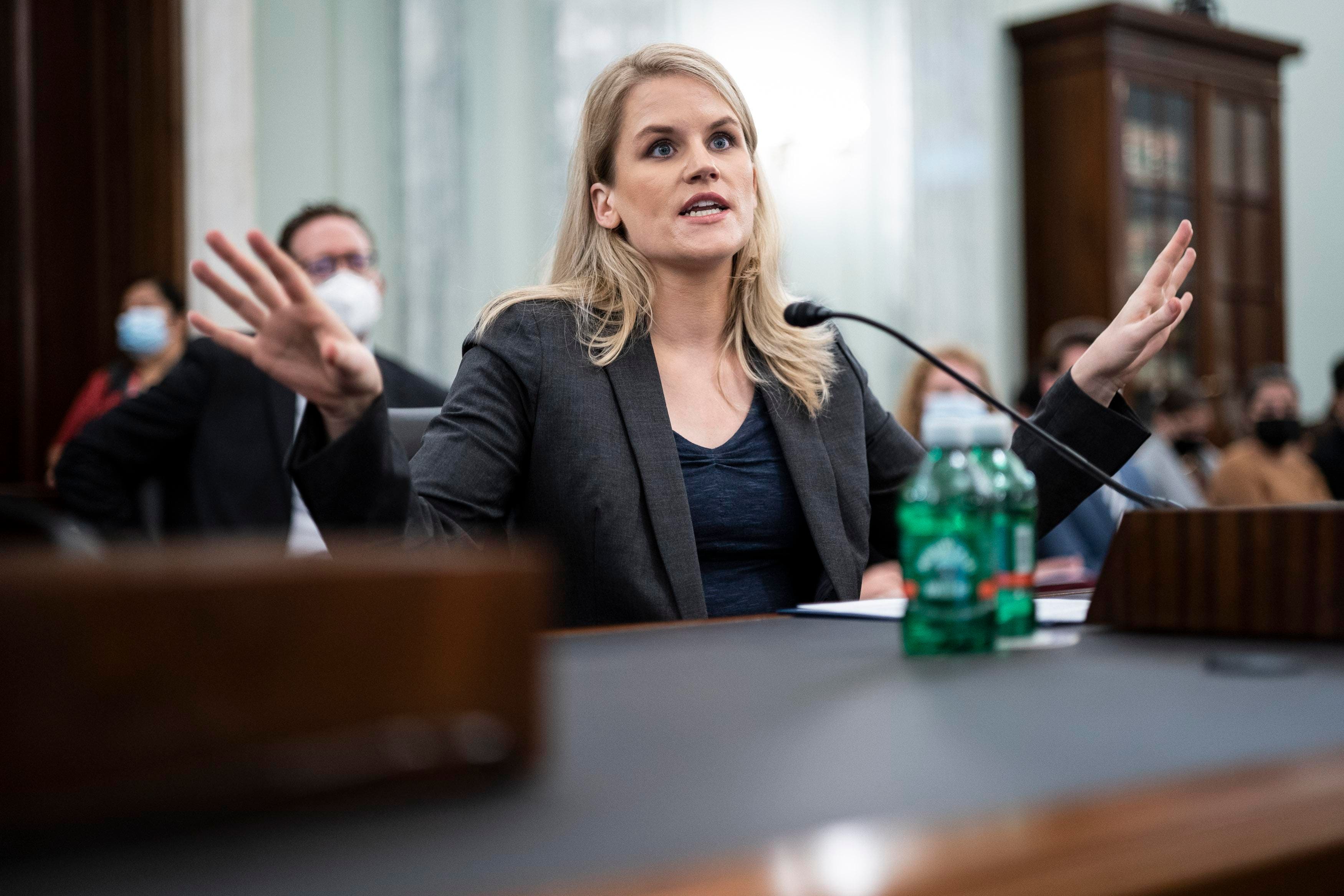 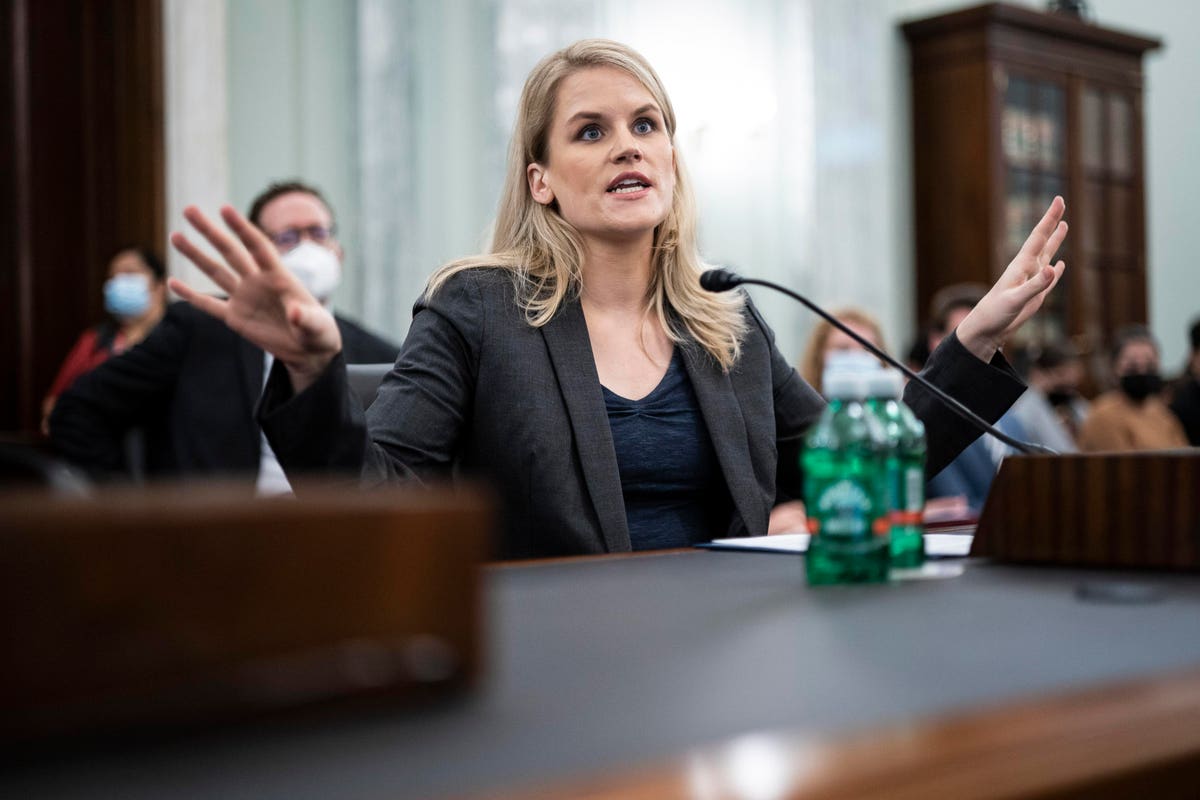 A few months ago, most of the world had never heard of Frances Haugen. But when she became a Facebook whistleblower this fall, the former Facebook product manager quickly gained the ear of powerful lawmakers around the world with her leaked trove of documents detailing the social network’s operations.

Haugen’s notoriety began in October, after she released thousands of pages of internal Facebook documents that shed light on how Facebook has handled—or some argue mishandled—a number of serious issues ranging from moderating hate speech and misinformation to marketing to children to operating political advertising and other content. Since releasing the documents—which have become known as the Facebook Papers—she has publicly testified in front of Congress, British Parliament and the European Union. Just last week, she made a second appearance on Capitol Hill to speak with the U.S. House of Representatives Committee on Energy and Commerce’s subcommittee on communications and technology.

Haugen is not the typical person to make it onto Forbes’s list of the Most Powerful Women, an annual ranking that primarily consists of CEOs, politicians, celebrities and the world’s wealthiest. However, she’s quickly gained massive influence, both from the content of the Facebook Papers and from her ability to articulate complex tech issues to lawmakers while providing clarity and guidance for how to deal with Big Tech. It is for that reason she ranks at No. 100, a position given to voting rights activist Stacey Abrams in 2020 and climate change crusader Greta Thunberg in 2019.

“I believe in truth and reconciliation—we need to admit reality. The first step of that is documentation.”

Facebook—which recently rebranded as Meta amid a flurry of headlines about Haugen’s documents—has been at the center of issues raised by internal employees, whistleblowers, consumer advocates and other experts. Along with being accused for years of breaching data privacy laws, the company has also been accused of allowing hate speech and violent content, being used as an organizing tool for the January 6 insurrection, and conducting anti-competitive practices. (Reports by Forbes about the Facebook Papers have detailed concerns around advertising, issues about mental health and how female politicians have been targets for harassment on the platform.)

“I’ve seen a bunch of social networks and it was substantially worse at Facebook than what I had seen before,” Haugen told 60 Minutes in October during her first major TV interview. “Facebook, over and over again, has shown it chooses profit over safety.”

Some of the most powerful people in U.S. and European politics have lauded Haugen for her efforts. In October, U.S. Sen. Richard Blumenthal described Haugen’s revelations as a “bombshell.” Last month, Věra Jourová, European Commission vice president for values and transparency, said “we as the regulators would not be able to convince the people that the regulation is needed” if it weren’t for whistleblowers like Haugen.

Prior to joining the social network, Haugen worked at a number of other major Silicon Valley companies. She was a product manager at Pinterest, Yelp, and Google, and also served as the chief technology officer and cofounder of dating app Hinge. In June 2019, she joined Facebook as a product manager, working on civic misinformation and counter-espionage.

Although she has compared her former employer to the tobacco industry, Haugen says she doesn’t want to destroy Meta or any of its subsidiaries like Facebook, Instagram or WhatsApp. Rather, she said she would rather help fix it through added transparency, new regulation and changes to existing laws like Section 230 of the Communications Decency Act, which currently shields tech companies from some legal liabilities.

“If people just hate Facebook more because of what I’ve done, then I’ve failed,” Haugen told The Wall Street Journal, which first reported on the documents in a series of stories. “I believe in truth and reconciliation—we need to admit reality. The first step of that is documentation.”

Haugen has quickly gained massive influence from the content of the Facebook Papers and from her ability to articulate complex tech issues to lawmakers.

So far this year, at least two other former Facebook employees have shared information with authorities. In October, Sophie Zhang—who went public with a memo in 2020—testified before British Parliament about working as a data scientist on a Facebook team dealing with government-backed bot accounts. Another whistleblower, who still remains anonymous, has also reportedly given information to the U.S. Securities and Exchange Commission.

The long-term extent of Haugen’s influence will depend, in part, on whether the leaders of the world choose to enact regulations based on her information. (Haugen has also talked publicly about wanting to start a nonprofit organization that would help support social media reform.) But one thing is for certain: Haugen saw she had powerful information at her fingertips and was not content to stay quiet—And she seems determined to keep fighting for accountability.

“I cannot stress enough that none of this will matter if there continues to be no transparency or accountability guardrails,” she said, from prepared remarks, to lawmakers on December 1. “No efforts to address these problems are ever going to be effective, if Facebook is not required to share data in support of its claims or be subject to oversight of its business decisions.”