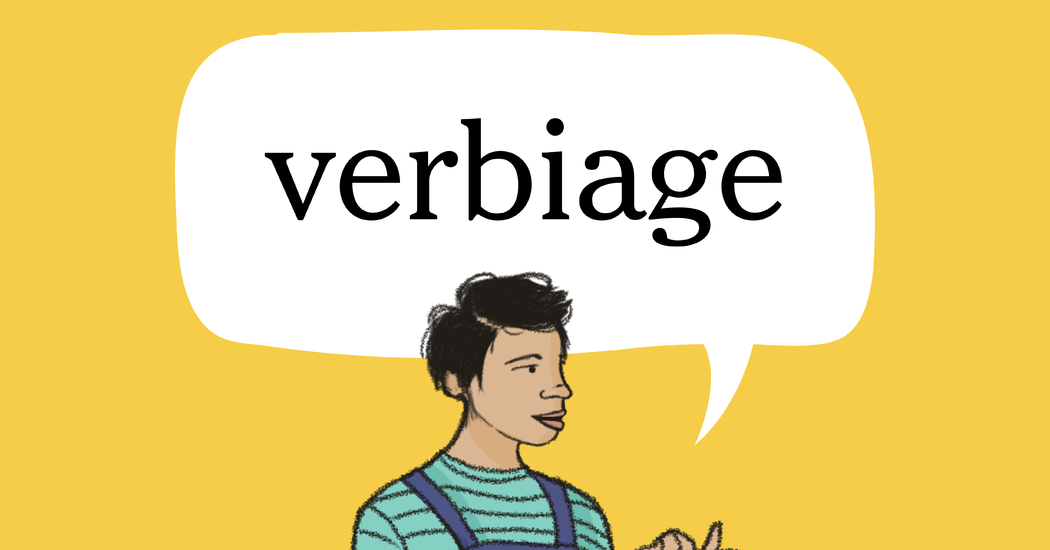 2. the manner in which something is expressed in words

The word verbiage has appeared in 24 articles on NYTimes.com in the past year, including on May 12 in “‘The Upshaws’ Is a Throwback Sitcom With Modern Views” by Max Gao:

“The Upshaws” has plenty of classic sitcom DNA. Bennie’s love-hate relationship with Lucretia is based on the dynamic between Fred Sanford (Redd Foxx) and Aunt Esther (LaWanda Page) in “Sanford and Son,” the hit 1970s comedy developed by Norman Lear and Bud Yorkin. Fields is best known as a star of two long-running TV sitcoms: “The Facts of Life” and “Living Single.”

But Sykes was also inspired by the free-flowing verbiage of August Wilson’s plays (“Jitney,” “The Piano Lesson”) and said she wanted to create a comedy that “sounds like how real people talk” instead of one that relies too heavily on the dialogue-setup-punchline rhythm of most sitcoms.

Can you correctly use the word verbiage in a sentence?

If you want a better idea of how verbiage can be used in a sentence, read these usage examples on Vocabulary.com.