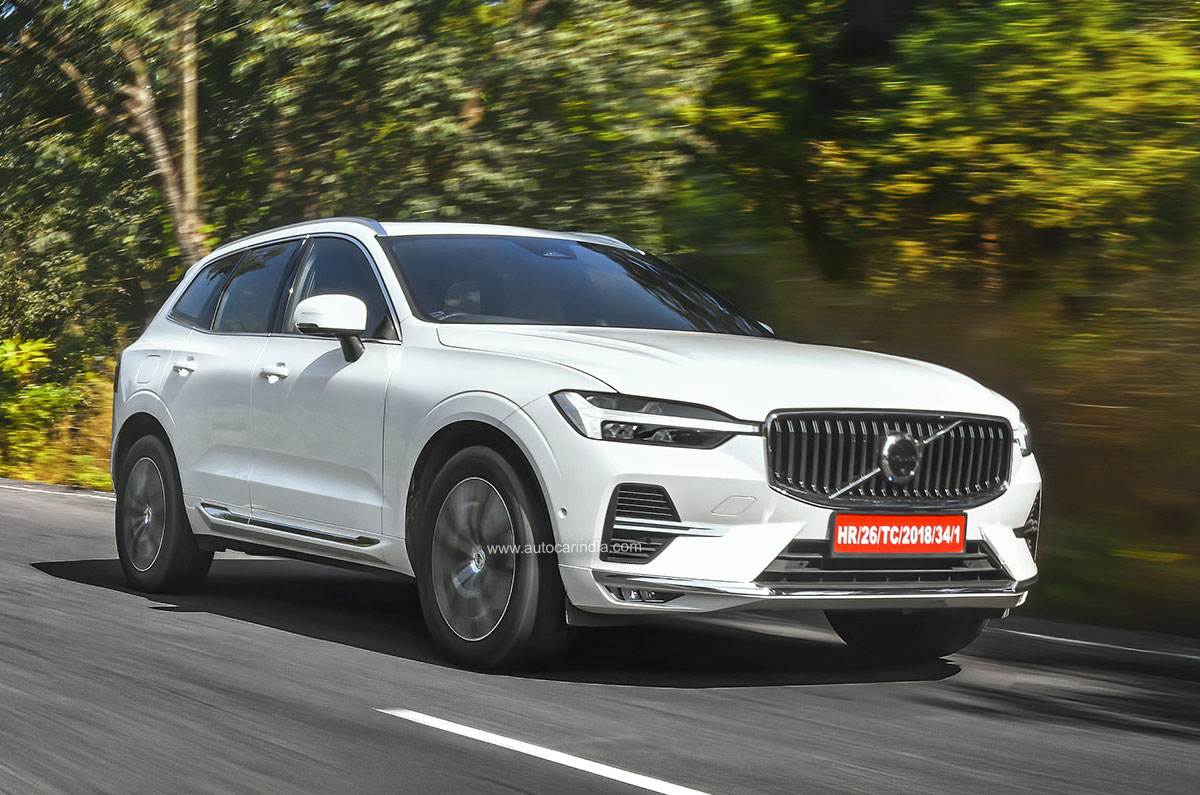 Volvo’s midsize luxury SUV has been given a refresh, but more importantly, it has had a change of heart as well.

The XC60 is arguably the most popular model in Volvo’s portfolio. Globally, it accounts for a big chunk of the manufacturer’s sales, but in India, it is the one you buy if you want to stand out from the crowd. With the introduction of an all-new version in 2017, the XC60 had a good amount of success, but with the competition upping the ante, it too has had to make some prominent changes. And prominent they have been, because even though the visual changes might be a bit too subtle, the one under the bonnet is anything but. 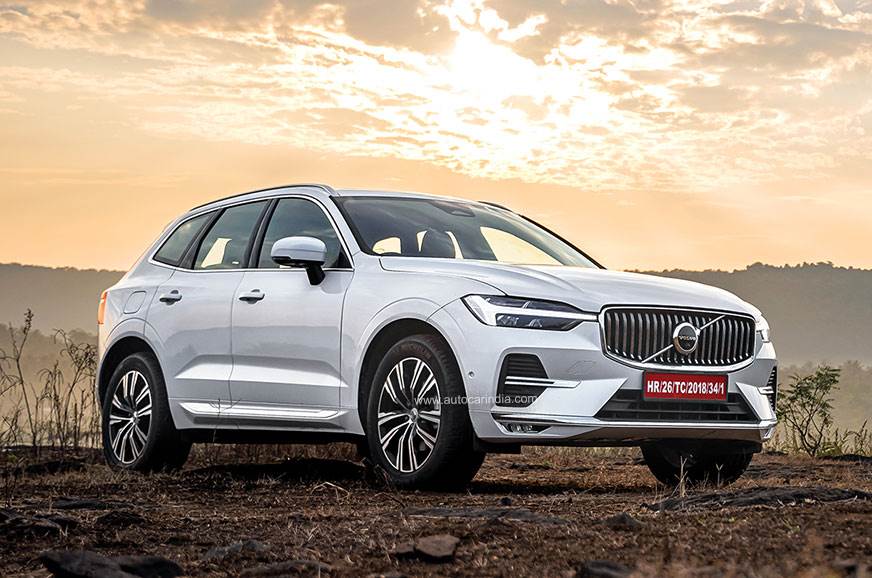 Still, how do you know that the XC60 you are looking at is a facelift? Well, for starters, the chrome grille up front is now sharper and a bit more modern. Low down, you have a revised bumper with a slightly new design and new chrome elements added on. That is about it. The rest of the stuff we loved on the older version, like the sharp LED headlamps with the Thor’s hammer Daytime Running Lamps and the strong power lines on the bonnet, have been carried over. It is unmistakably an XC60, and that isn’t a bad thing. Over to the side, the silhouette is the same as before, so there have been no changes to the dimensions. But, you will see a fresh and sporty design for the 19-inch alloy wheels. 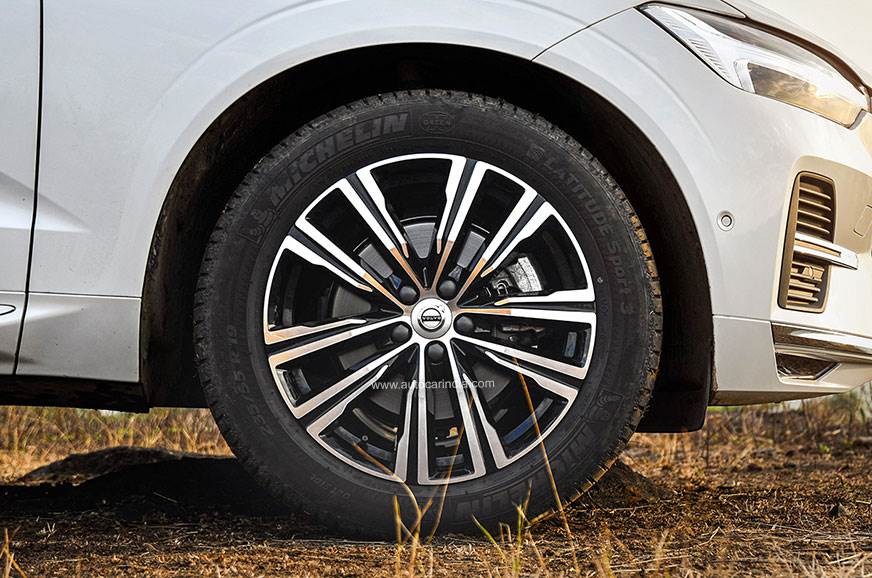 At the rear, it is the same story as the front, with revised bumpers being the main talking point. The dual exhaust tips are now tucked away under the bumper, which gives the XC60 a clean and uncluttered rear-end. However, there is a new badge now, and that is the biggest telltale sign of the facelift.

The XC60 now wears the B5 badge, which in Volvo-speak means ‘mild hybrid’. Gone is the clattery diesel from the older car, and in place is a 250hp, 2.0-litre, four-cylinder, turbo-petrol engine. And since it is a mild hybrid, it also gets a 48V battery that works in conjunction with the engine, helping it out with better fuel efficiency and acceleration. That said, the biggest difference is the bump up in refinement. 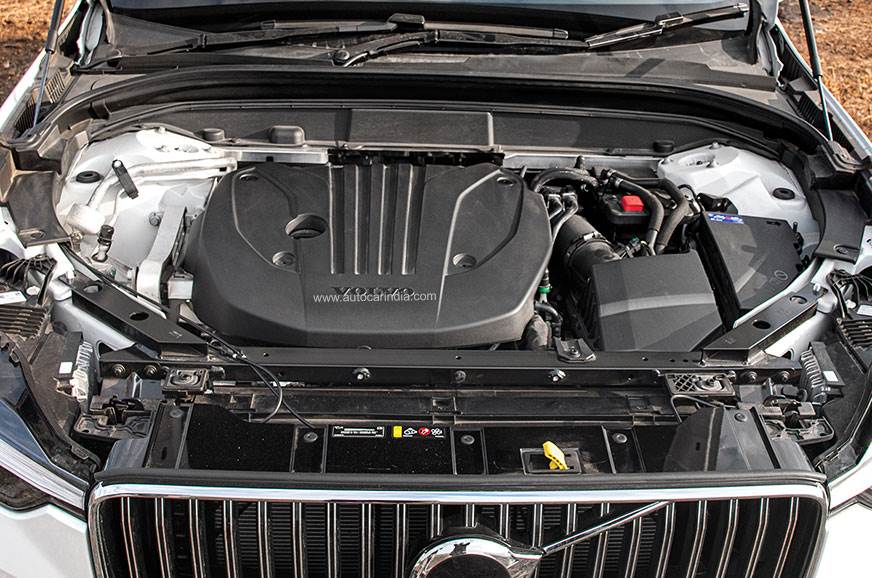 The engine is silent and, even as you gain speed, there is barely any engine noise seeping in. Vibrations are virtually nil and the entire driving experience is extremely relaxing. And relaxing is what Volvo wants this SUV to be, which is why it has a more laid-back character. There is plenty of grunt on offer and the 48V battery does help out during initial acceleration, but don’t expect to be grinning as you mash your right foot. Power delivery is linear and the engine has a meaty torque band, but it misses out on the oomph that you get from some of its rivals. That said, the battery assist is seamless, and you never feel the system at work.

The other change also comes in the form of omission of conventional drive modes, although there is an off-road mode that helps on some light trails. The 8-speed automatic gearbox too isn’t the most eager unit out there. Shifts are smooth, but you need to be patient with it. If you wish for more control and switch to manual mode, you’d have to adjust to tapping the lever to the left or right for shifting up or down, which doesn’t feel as engaging. The shifts in manual aren’t exactly quick either, so it’s best left to the car to do the shifting. That said, the gearbox isn’t unbearable by any means, and if you drive it like Volvo intends you to (sedately), you should be fine. 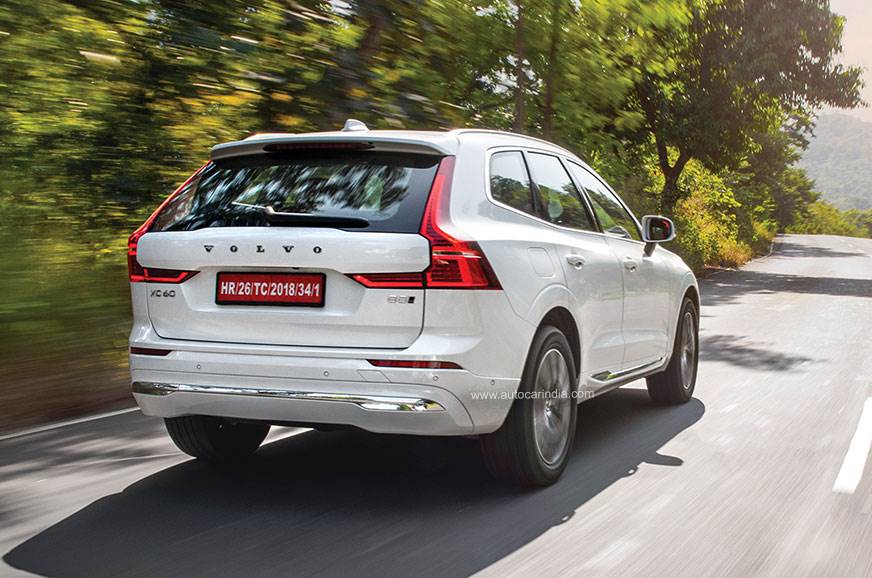 Then you have the ride quality, which is expected to be plush and supple on a luxury SUV. Sadly, that isn’t the case with the XC60 as it has carried over the traits of the previous version. The suspension has a firmness that is felt more over speed bumps and on broken roads at low speeds. The suspension thuds over a bad patch of road, and it is only once you gain momentum that the XC60 composes itself. Highway stability is very good and undulations at high speed are masked perfectly. However, it misses out on adaptive dampers that its German rivals get and doesn’t have the softly sprung ride like on the Audi Q5 or the Mercedes-Benz GLC either.

By now it is clear that the XC60 isn’t an enthusiasts’ choice, so handling is something it doesn’t really take pride in. The steering is light and breezy for comfortable maneuvering, but offers little in terms of engagement. Although it has a mode wherein it adds a bit of heft, the difference is only marginal. That said, for a relaxing drive, it is perfect. And that’s the thing about the XC60, it is unapologetically an SUV made for comfort and luxury and the driving experience echoes the interior which is plush and comforting. 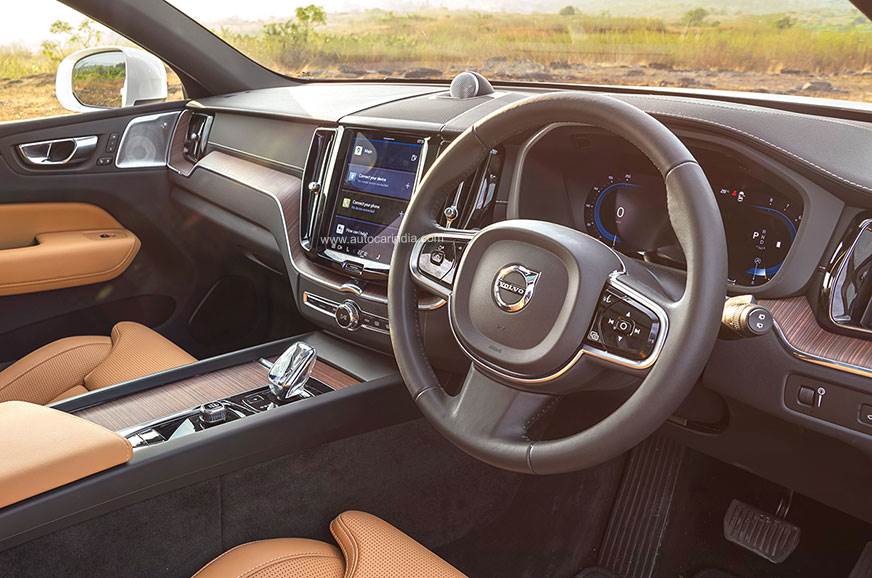 The design might be familiar with plenty of vertical touches, but it’s still one that stands out and offers the most wow-factor. The bold use of wood and brushed aluminum, along with the 9-inch touchscreen that takes the most real estate on the centre console, is all in line with the luxe appeal of the XC60. What’s new on this facelift is the updated digital instrument cluster, which isn’t as intuitive as Audi’s Virtual Cockpit, but fits in with the theme. Then, there’s the wireless charging pad right beside the new crystal gear shifter. It sure adds more bling and pop to the cabin and is something owners would like as well. Adding one more layer of safety to the cabin is a PM2.5 air purifier – a worthy addition given the current situation. But the big news is Volvo has partnered with Google, and as a result, you now have Google Maps as the standard navigation. There’s no need to plug in your phone anymore just to access maps.

There is also Google Assistant at your disposal and you have the option of downloading music apps like Spotify. The touchscreen was already overloaded, and these have only added to that. Sadly, the controls for the HVAC system are still hidden away in the infotainment system. However, Volvo’s strongest point has always been its lengthy features list and with the facelift, things haven’t changed much. The highlights of the previous version like the 15-speaker Bowers and Wilkins audio system, massage seats for the front passengers, heating and ventilation for the front seats, four-zone climate control, panoramic sunroof and the all-important radar-based safety features have been carried over. The seats too are fantastic in terms of support and space, in general, is not an issue on the XC60. For the rear passengers, however, while kneeroom and headroom aren’t an issue, under thigh support is still lacking. Yet, the sense of luxury is very much there, and that is the XC60’s main attraction.

Priced at Rs 61.90 lakh, it is competitive against its German counterparts, and while they might be the more engaging to drive or even a bit more comfortable, the XC60 brings with it opulence and an expensive feel that owners prefer a lot more. So, if you are in the market for a midsize luxury SUV that focuses on the ‘luxury’ bit, the updated XC60 ticks all the right boxes.