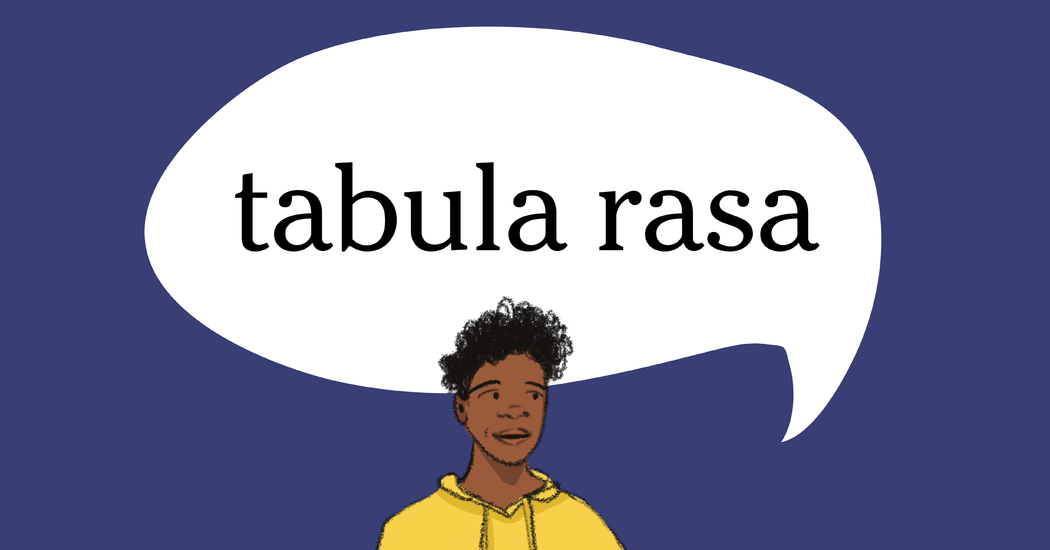 1. an opportunity to start over without prejudice

2. something in its original state

3. a young mind not yet affected by experience (according to John Locke)

The term tabula rasa has appeared in five articles on NYTimes.com in the past year, including on Feb. 19 in “Shakespeare Troupe to Go Without an Artistic Director” by Michael Paulson:

The American Shakespeare Center in Virginia’s Shenandoah Valley claims to have the world’s only replica of the indoor venue where Shakespeare’s company performed. And now it’s going to attempt another Shakespearean structure: an actor-led company.

The nonprofit announced Friday that its artistic director, Ethan McSweeny, had stepped down eight days earlier. The theater did not offer an explanation; McSweeny cited financial strain caused by the pandemic, but he was also facing complaints about the workplace climate from some employees.

“While the pandemic crisis metastasized this past fall, I increasingly found myself trying to conceive of an ASC that would enter 2021 tabula rasa, preparing to reshape itself for rebirth into a massively changed arts ecosystem and national economy,” McSweeny said in a statement on Facebook. “It turns out that part of what became necessary to give the company a truly blank slate was to erase myself as well.”

Can you correctly use the term tabula rasa in a sentence?

If you want a better idea of how tabula rasa can be used in a sentence, read these usage examples on Vocabulary.com.