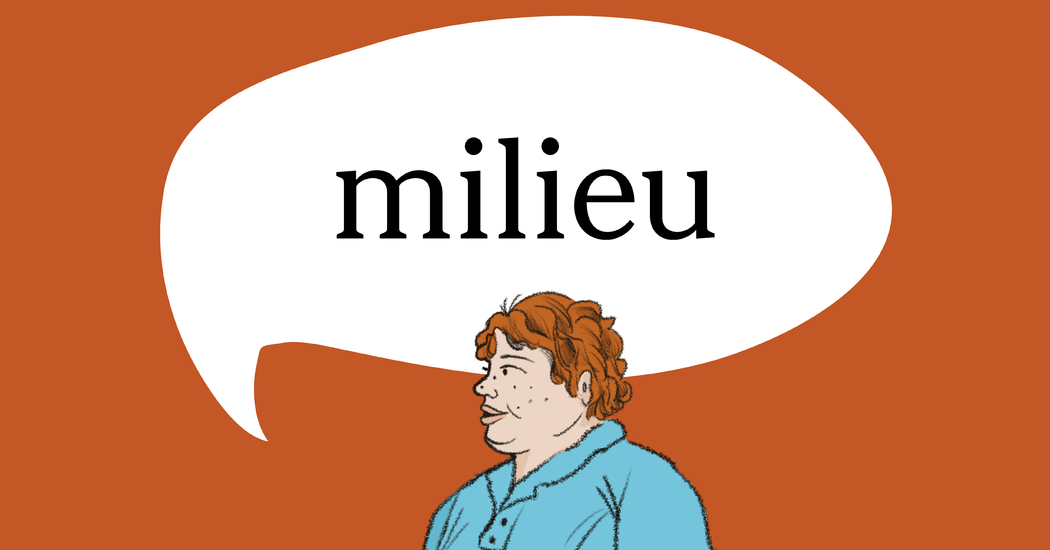 : the environmental condition or setting where something develops or takes place

The word milieu has appeared in 91 articles on NYTimes.com in the past year, including on Oct. 21 in “An East Village Boutique Where the Avant-Garde Gathered” by Guy Trebay:

Knobkerry was, Ms. Kitto explained, a brick-and-mortar fixture of the Downtown arts scene, both a trading post and junction point for an ever-evolving cast of the artists, actors, dancers and musicians that created a milieu that sometimes seems in retrospect more legend than truth. Yet it was indeed a yeastier time, Ms, Kitto, 41, claimed.

Consider that Ornette Coleman shopped at Knobkerry. So did Jimi Hendrix, Louise Bourgeois and Lena Horne (and also, at various times in its existence, Jean-Michel Basquiat, Mia Farrow, Janis Joplin and Yves Saint Laurent). That a store could function as a salon and gathering place for Black as well as white artists was remarkable even within the context of a Downtown sometimes more diverse in principle than practice, as Ms. Kitto’s book makes clear. Many then, as the artist David Hammons explained to Ms. Kitto, were “afraid to come in when they see all these Black people hanging out.”

Can you correctly use the word milieu in a sentence?

If you want a better idea of how milieu can be used in a sentence, read these usage examples on Vocabulary.com.