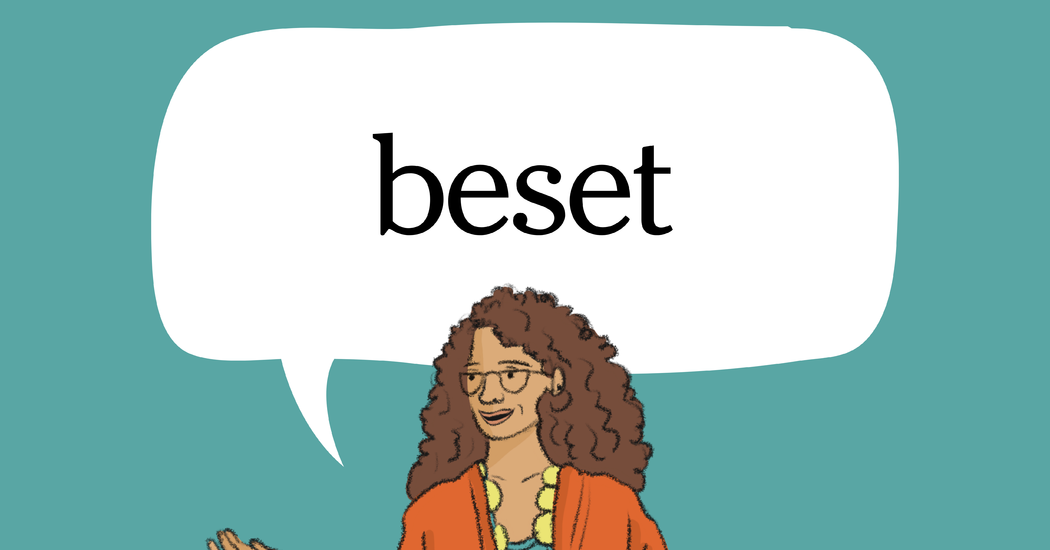 1. assail or attack on all sides

3. decorate or cover lavishly (as with gems)

The word beset has appeared in 74 articles on NYTimes.com in the past year, including on May 25 in “She Built a Baltimore Restaurant Empire, but She Still Works the Stove” by Brett Anderson:

Ms. Wolf and Mr. Foreman are aware of their position as high-end restaurateurs in a city beset by poverty and racial inequities. Ms. Wolf talks proudly of nurturing the careers of Everardo Florentino, Charleston’s chef de cuisine, and Mario Cano Catalán, the executive chef at Bar Vasquez, both Mexican immigrants first hired as teenagers.

Can you correctly use the word beset in a sentence?

If you want a better idea of how beset can be used in a sentence, read these usage examples on Vocabulary.com.