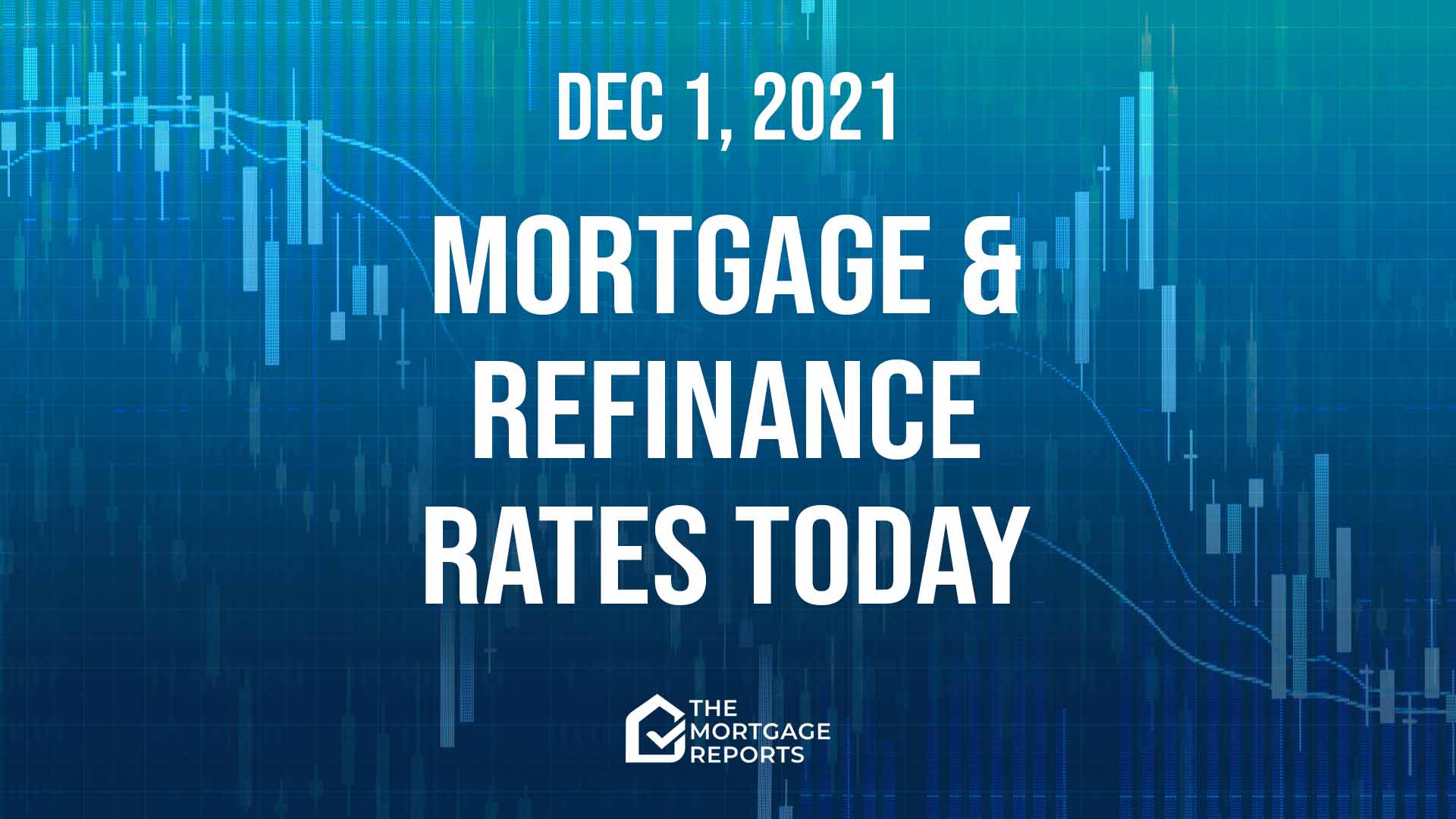 Average mortgage rates fell for the third consecutive day yesterday. And, together, those have made a worthwhile difference.

However, it’s looking as if mortgage rates today may rise. We can expect volatility, at least until we have a better understanding of the Omicron COVID-19 variant. And that volatility may include rates changing direction during a trading session. So my daily predictions may be less reliable than they normally are.

Expect some quite sharp swings in mortgage rates until we know more about the Omicron variant, which this morning had a presence in 23 countries across five continents. So we could be in for a volatile few weeks.

Overall, I’d expect rates to fall over that period. But there are likely to be plenty of days when they rise.

So, for now, my personal rate lock recommendations, which I changed yesterday, are:

As I explained yesterday, the main driver for that day’s falls in mortgage rates was an interview in The Financial Times given by Moderna CEO Stéphane Bancel. He suggested that existing vaccines would probably be less effective in protecting against the new Omicron variant. And he spoke of a “material drop” in that efficacy.

However, markets may be rethinking their reactions to the interview this morning. Mr. Bancel is a billionaire businessperson. And his qualifications for providing medical insights seem limited. As importantly, his company might benefit from his comments.

Meanwhile, markets this morning may be pondering remarks made yesterday by Federal Reserve Chair Jerome Powell. He suggested that the Fed may withdraw its support for artificially low mortgage rates (and low government bond yields) faster than is currently planned.

If they aren’t already, investors may soon be troubled by the imminent hitting of the nation’s debt ceiling. You may remember that Congress recently kicked that particular can down the road.

But it hasn’t gone far. And we can expect volatility in markets as the ceiling gets increasingly close. The US Treasury says the crunch may come as soon as two weeks hence.

If Congress doesn’t raise the ceiling by then, the United States might begin defaulting on its debts. And that’s something that’s never happened before. The implications are exceedingly scary.

Indeed, if politicians play chicken with the deadline, the debt ceiling might become a more powerful force on markets than Omicron. And that could bring higher rather than lower mortgage rates.

Freddie’s Nov. 24 report puts that weekly average for 30-year, fixed-rate mortgages at 3.1% (with 0.7 fees and points), unchanged from the previous week.

The numbers in the table below are for 30-year, fixed-rate mortgages. Fannie’s were published on Nov. 18 and the MBA’s on Nov. 22.

Freddie’s were released on Oct. 15. It now updates its forecasts only quarterly. So we may not get another from it until January.

And none of these forecasters had any idea that Omicron might entirely change the models on which they’re based.

Unless mortgage rates rise a half percent, there will be opportunities in homebuilders, says Evercore’s Kim