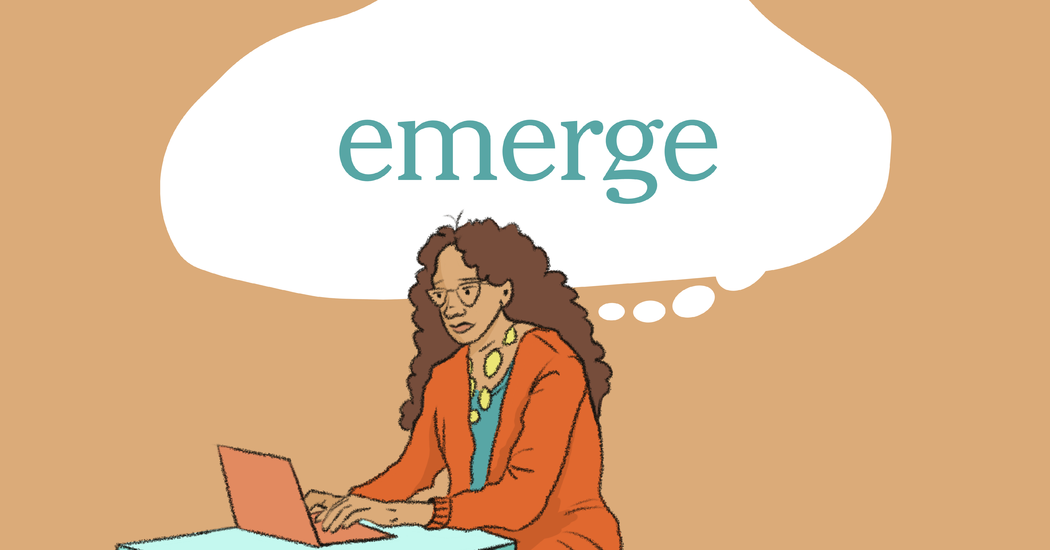 1. come out into view, as from concealment

3. come up to the surface of or rise

5. happen or occur as a result of something

The word emerge has appeared in 1,311 articles on NYTimes.com in the past year, including on Nov. 16 in “Skiing Hut-to-Hut in the Maine Wilderness” by David Goodman:

From Medawisla, we skied up the broad, groomed Lodge-to-Lodge Trail to a scenic high point. We stopped to take in the sweeping 360-degree views of the imposing snow-covered tabletop summit of Big Spencer Mountain (3,215 feet) that crowns this landscape.

After a brief snack we began a long, wind-in-the-face descent. I skied behind my friend John, an airline pilot, who extended his arms as if flying, banking around broad turns as we glided to the valley floor. A small sign directed us to a narrow trail that snaked through the woods until it abruptly emerged onto the bright white expanse of First West Branch Pond and our next lodge …

Can you correctly use the word emerge in a sentence?

If you want a better idea of how emerge can be used in a sentence, read these usage examples on Vocabulary.com.