Independent insurance agents in Alabama are trying again to crack open what they say is the state’s “good ol’ boy” system and end three decades of tax breaks that mostly benefit two insurance carriers at the expense of others.

Ending the credit on premium taxes would level the playing field and would also provide state government more than $40 million a year in revenue, critics of the current tax structure have said.

“These tax breaks are from a law that was written by Alfa for Alfa, and it’s time for them to end,” said Ken McFeeters, an independent agent who has taken the lead on efforts to change the tax law.

He was referring to Alfa Insurance, one of Alabama’s largest, oldest and most politically influential property and casualty companies. He charged that Alfa through the years has lavished heavy campaign contributions on Alabama legislators to keep the tax credits intact.

Alfa officials have maintained that the credits are needed and are available to any and all insurers who want to invest in the state. The company, with deep roots in Alabama and more than $1.4 billion in direct written P&C premium last year, doesn’t appear to be ready to give up the credits.

That could set the stage for a potential showdown in the Legislature in January.

“It’s not an anti-Alfa bill we want, it’s the elimination of crony capitalism that’s needed,” said Martin Connors, a lobbyist for the independent agents.

The tax credits give insurers a reduction on the premium tax, which is essentially a sales tax on insurance policies and is a significant source of revenue for state coffers. One credit reduces the premium tax based on the number of in-state employees and offices an insurance carrier has. Alfa’s business model is based on employees, while most other carriers contract with independent agents, who are not considered employees.

The wording of the law gives Alfa an advantage and allows it to price its policies lower than other carriers, critics have said.

Another premium tax provision in the law gives insurers a credit for buying property in the state. The more property owned, the greater the tax benefit. For each $1 million in property investments, the insurer can knock 0.1% off its premium tax bill.

But only one other company, the national insurance giant State Farm, has owned enough property to fully take advantage of the loophole, McFeeters said. 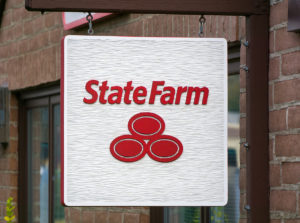 He noted that State Farm built a sprawling office complex in Birmingham in the early 2000s. But that building was never fully occupied, defeating the purpose of the law that ostensibly aimed to incentivize more insurance companies to hire people in the state and open offices there, the independent agents said.

“Idle land and empty buildings became just a way to get tax breaks that never end. There’s no sunset on the tax credits,” said Bill Jacka, executive vice president of Alabama Independent Insurance Agents. “Pretty nice gig if you can get it.”

State Farm closed its 50,000-square-foot operations center a year ago, part of a nationwide move to let more people work at home during the pandemic. The building is now for sale.

Alabama’s unique tax credit structure began decades ago. Alfa started life in 1946 as the Alabama Farmers Federation and grew steadily in the decades that followed. Somewhere along the way, the Alabama Legislature granted domestic carriers a 3% tax rate on premiums, but out-of-state carriers had to pay a 4% rate. In 1985, the U.S. Supreme Court found that taxing foreign companies at a higher rate was unconstitutional.

By 1993, Alabama lawmakers had revised the law, setting a 3.6% premium tax rate for all insurance carriers. But two years later, at the urging of Alfa officials, according to news reports at the time, the Legislature created the credit provisions in the law.

Alfa ended up paying a rate of about 1.6% on premiums, compared to 3.6% for most other carriers.

The Alabama Municipal Insurance Corp. and other insurers in the 1990s objected to what they called special treatment for Alfa and filed suit. But the Alabama Supreme Court in 1998 ruled that the 1995 tax law was not unconstitutional.

“We concluded that the challenged credits do not violate the Equal Protection Clause of the Fourteenth Amendment,” the court wrote in its opinion. The tax breaks were designed to further the legislative goals of encouraging investment in the state, hiring more Alabamians, and opening offices in rural areas.

“Whether the challenged tax credits are rationally related to these goals is ‘at least debatable,’” the justices said.

“It could be legal, but it may not be fair,” Tim Russell, a former Alabama revenue commissioner and insurance agent told a state news outlet in 2015. “Every tax should be fair and this is why we have fewer domestic companies in Alabama today.” 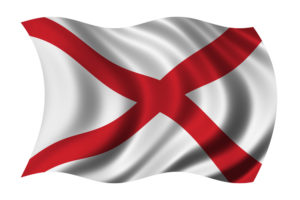 The report in AL.com noted that Alfa and State Farm received a combined total of about $140 million in tax credits, from 2008 to 2013. All other insurers received only about $20 million in total tax credits during that period.

It’s unclear how much the credits have helped the two largest insurers in the state, but Alabama Department of Insurance reports show that State Farm and Alfa have grown in recent years.

Jacka and McFeeters said the tax credits have had the opposite effect of their stated purpose. The independent agents produced data from the Department of Insurance that show that while Alfa’s revenue may have grown, the number of Alfa offices in the state has dropped, from 327 in 2015 to 257 in 2020.

Bills that would have extended the tax credits to carriers that have licensed producers — and not just employees — have failed in the Legislature in recent years. But the Alabama Independent Insurance Agents organization is trying again for the 2022 regular session, which begins Jan. 11.

This time, the independents have hired a lobbyist, Connors. They also plan to start with only one part of the tax credit law, the one allowing the tax reduction based on real estate holdings. That way, State Farm, which has many agents but fewer direct employees, could lose its tax break on property investments and would not enjoy as much of an employee tax credit as does Alfa, McFeeters said.

“If State Farm loses their land credit, then they might roll over and help us,” he said.

With an election qualifying deadline in January, and with Alfa able to deliver campaign cash and the votes of thousands of farmers in the state, no lawmakers facing reelection have openly endorsed the repeal legislation, Connors said. By mid-January, he believes some legislators will be ready to file bills.

But with Alfa’s famously powerful influence in the state, others said such legislation stands little chance of surviving.

“In an election year, where you have Alfa endorsing incumbents, I would say, ‘No. It has no legs,’” said Brandon Moseley, who writes for 1819 News, an Alabama political news website.

In August, Moseley wrote for ALreporter.com, another political news site, that a repeal measure may have had some support this year because the state needed millions to fix its understaffed prison system, which has been called the most dangerous in America. But now that states can access millions in federal funding, thanks to the COVID relief bill known as the American Rescue Plan Act of 2021, the need for more state tax revenue has diminished, Moseley said.

State Sen. J.T. “Jabo” Waggoner, R-Birmingham, chairman of the Senate Rules Committee, said he had no interest in sponsoring a repeal of the premium tax credits. “It’s not on his radar,” a spokesman said.

Officials with State Farm could not be reached for comment for this article. But Alfa’s communications director said that the premium tax credits have been good for Alabama and its insurance companies and should remain on the books.

“Alfa is an Alabama company. It has invested in the state for 75 years by creating good-paying jobs, paying taxes, contributing to charity, paying claims, and buying or renting office space,” said Alfa spokesman Jeff Helms. “The vast majority of Alfa’s revenue stays in Alabama.”

Repealing the credits would discourage Alabama companies from investing in real estate and from creating jobs in the state, he said.

“Companies could choose to close offices, outsource work or relocate,” Helms said in an email. “Eliminating premium tax credits will increase the cost of doing business, and ultimately those costs will be passed on to customers.”