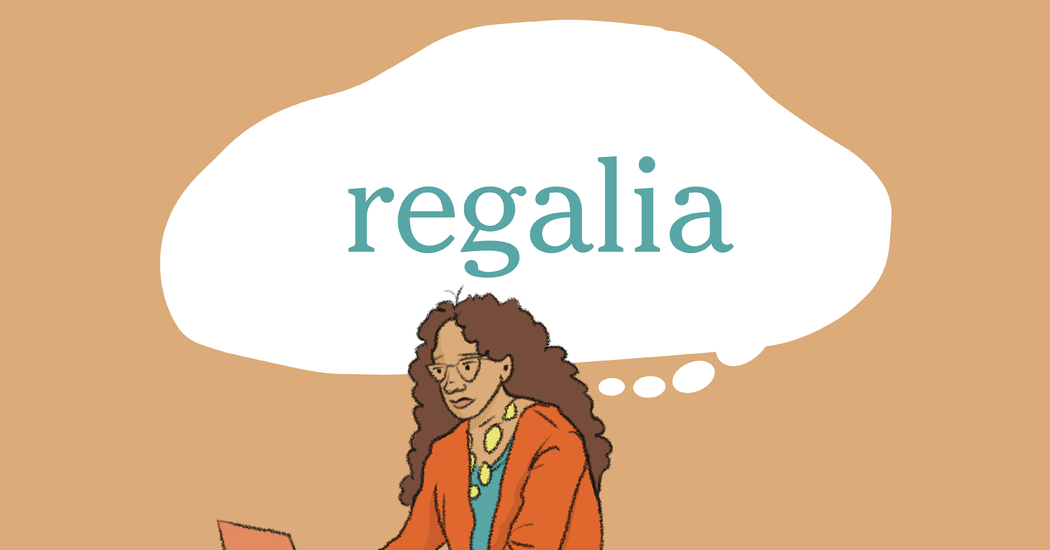 1. symbols or paraphernalia indicative of royalty (or other high office)

The word regalia has appeared in 37 articles on NYTimes.com in the past year, including on May 7 in “For Chakaia Booker, Whose Medium Is Tires, the Art Is in the Journey” by Siddhartha Mitter:

Her appearance is both memorable and integral to the work. She wore a turban-like headpiece, made of dozens of fabric strips and squares in many patterns, wrapped, knotted and stitched. It encircled her face and cascaded past her shoulders. Her shirt was enhanced — the precise architecture was hard to ascertain — in a similar vein. Just the bottom of Dickies work pants appeared, over sneakers.

… The regalia can add practical difficulty to Booker’s work, which involves plenty of heavy lifting. Its effect is protective, as she is somewhat shy, and reluctant to speak about herself. But its more important, intended result is to direct the focus to her craft.

Can you correctly use the word regalia in a sentence?

If you want a better idea of how regalia can be used in a sentence, read these usage examples on Vocabulary.com.