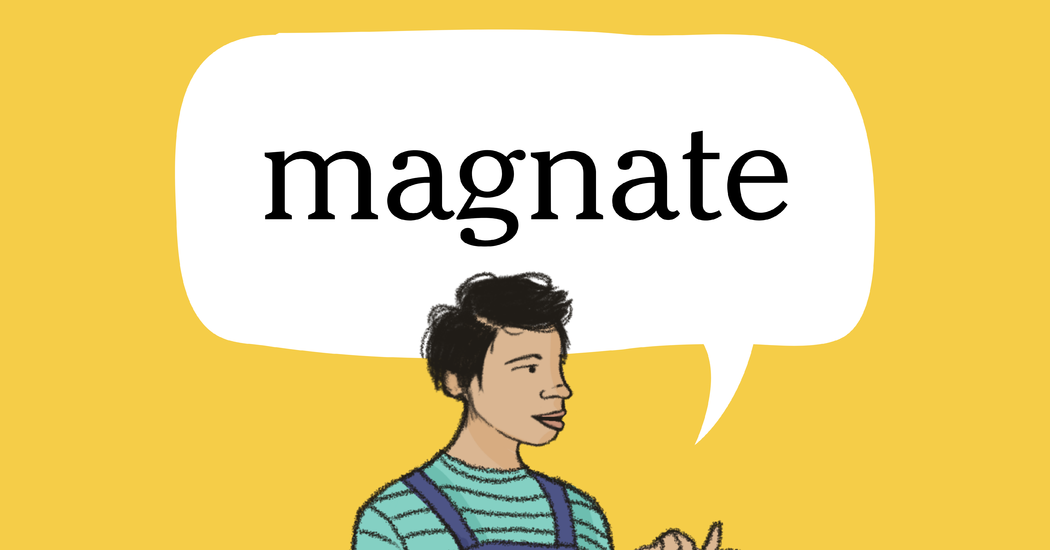 : a very wealthy or powerful businessperson

The word magnate has appeared in 120 articles on NYTimes.com in the past year, including on May 30 in “The Surprising Evolution of Cruella De Vil” by Sarah Bahr:

Unlike the novel’s wealthy, married heiress, or the animated film’s sinister, skulking puppy-napper, Close’s Cruella is a glamorous fashion magnate. She’s snobbish, independent and incredibly successful. And, for the first time, the true star of the film.

… Stone’s Cruella is the youngest — and most sympathetic — take on the character yet. Sure, she lies, steals and hot-wires a luxury car, but she has a clear motive: Revenge. And, as a lower middle-class girl who becomes a rising fashion star by cleaning bathrooms and scrubbing floors, weirdly relatable.

Can you correctly use the word magnate in a sentence?

If you want a better idea of how magnate can be used in a sentence, read these usage examples on Vocabulary.com.