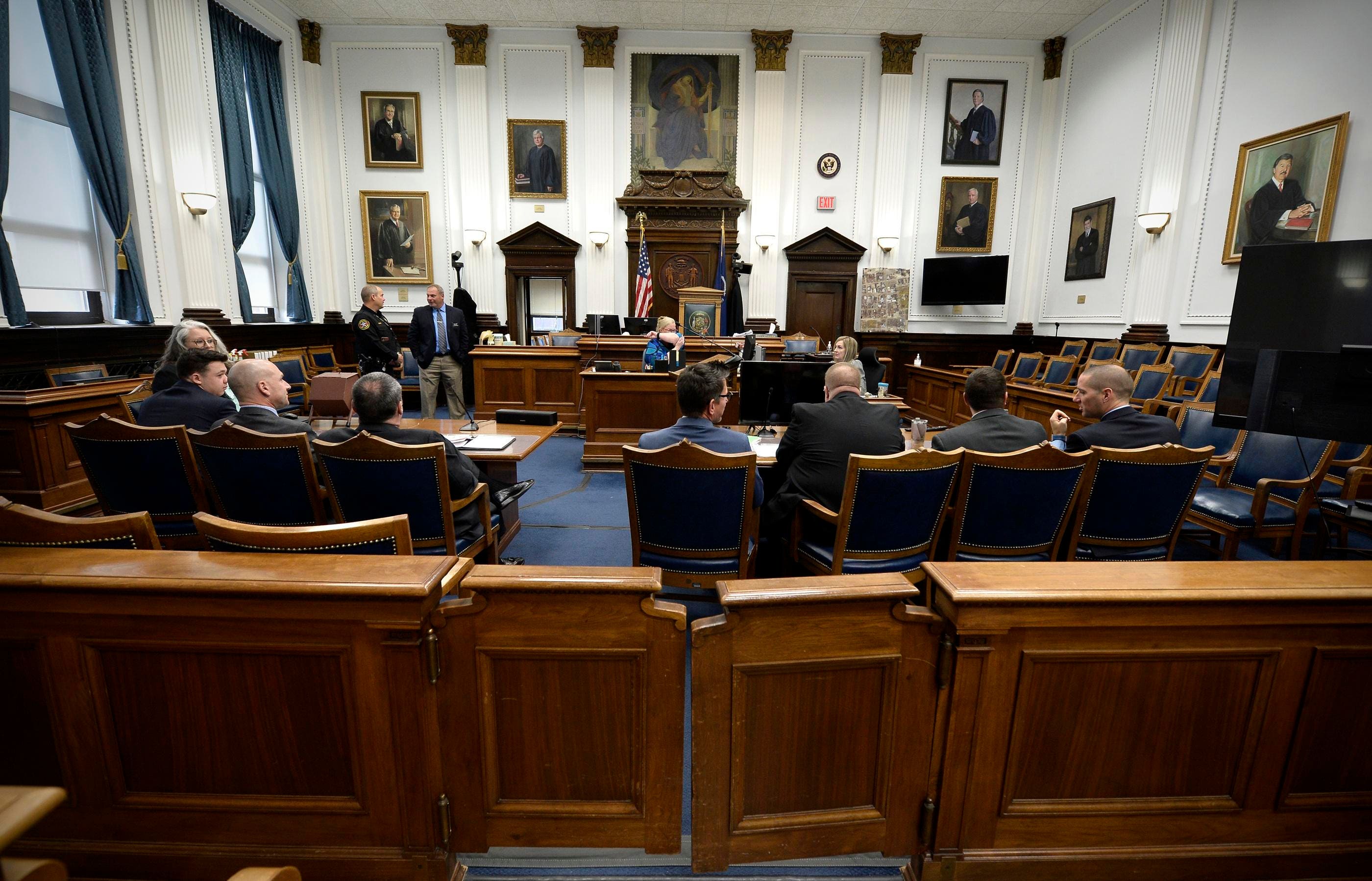 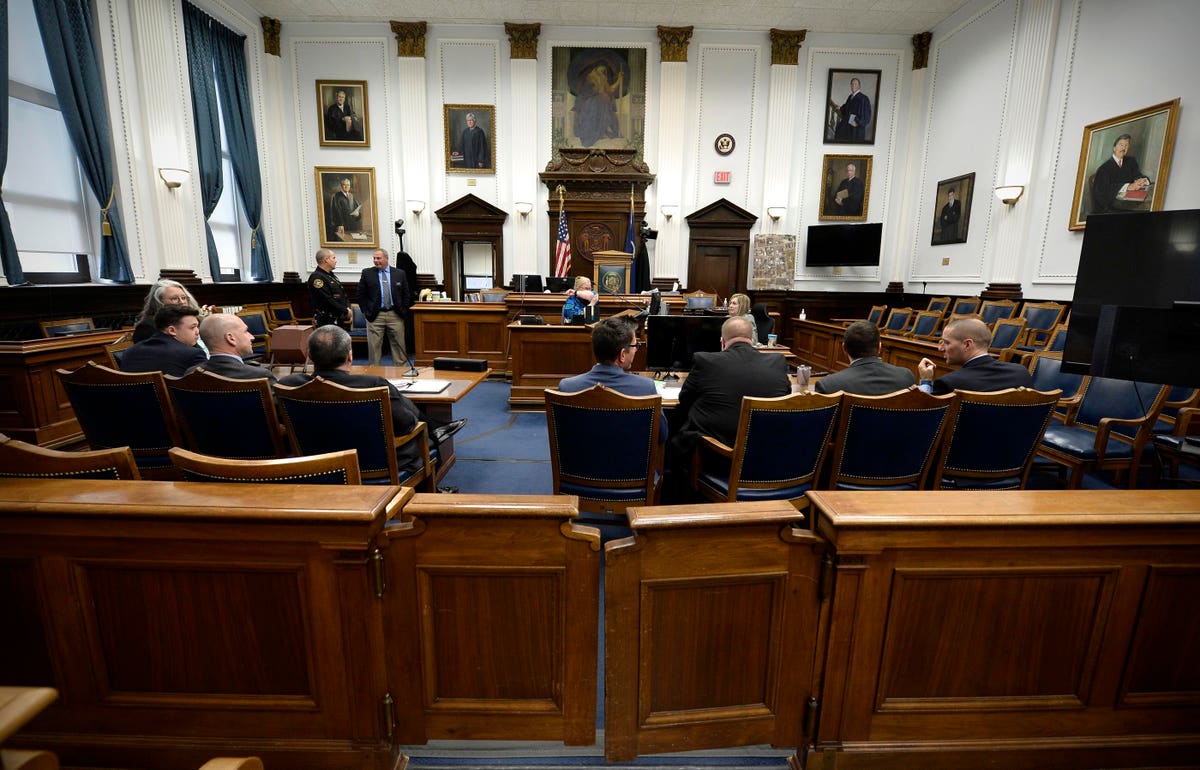 A cable news organization was the topic of conversation on social media on Thursday afternoon, after Judge Bruce Schroeder, who is overseeing the Kyle Rittenhouse trial, banned MSNBC from the courthouse. The highly unorthodox move came after a freelance producer for the cable news network allegedly followed a bus carrying the jurors the previous night.

The individual, identified as James J. Morrison, reportedly ran a red light, and after being stopped by police he said he was told to follow the bus.

“I have instructed that nobody from MSNBC news be permitted in this building for the duration of this trial,” Judge Schroeder said during a hearing. “This is a very serious matter and I don’t know what the ultimate truth of it is, but absolutely it would go without much thinking that someone who is following a jury bus, that is a very … that is an extremely serious matter and will be referred to the proper authorities for further action.”

In a statement, NBC News said the individual involved in the incident was a freelancer.

“While the traffic violation took place near the jury van, the freelancer never contacted or intended to contact the jurors during deliberations, and never photographed or intended to photograph them,” an NBC News spokesperson said in a statement Thursday afternoon. “We regret the incident and will fully cooperate with the authorities on any investigation.”

The decision to ban not only the freelancer, but the entire news organization was an extreme move, said Prof. John Watson, School of Communication at the American University.

It didn’t take long for many on social media to take note of the decision by the judge.

News parody site The Babylon Bee (@TheBabylonBee) was among the outlets that made light of the situation, tweeting a mocked up photo with the caption, “MSNBC Reporter Seen Hanging ‘The Jurors Are Here’ Sign On Their Hotel”

Rolling Stone (@RollingStone) offered its own controversial take on the matter, “Free Speech-Loving Fox News Is Thrilled That Rittenhouse Judge Banned MSNBC From the Courtroom”

Former White House Director of Strategic Communications Mercedes Schlapp (@mercedsschlapp) suggested, “MSNBC got caught red handed sending their goons to harass a jury in a high profile court case. Not only is the media refusing to tell the truth about Kyle Rittenhouse, but they are going out of their way to ensure that he doesn’t receive a fair trial.”

“Why is MSNBC deliberately trying to have a negative affect [sic] on the Rittenhouse trial?,” pondered Lavern Spicer (@lavern_spicer)

Author Nick Adams (@NickAdamsinUSA) tweeted, “MSNBC should be BANNED from every courtroom in America!”

The fact that there is such reaction didn’t come as a surprise to Watson.

“Social media doesn’t have any rules, so a news organization is fair game to tweet about,” he added. “People do what they want to do, even if some make their living by being on social media. However, we have to remember that the bulk of those making these comments aren’t journalists and what they are tweeting isn’t necessarily worthwhile news.”

As noted, conservative voices didn’t miss an opportunity to call out MSNBC, just as liberals have been quick to jump on FoxNews. Many may believe they’re acting as media watchdogs but that is hardly the case. Missing is any analysis and it is really just pointing out that a mistake was made.

“This is the tendency among people,” explained Watson. “If one person on the other team misbehaves you try to take down the whole team. If you can vilify an enemy you will do so on social media, and we see this constantly on social media.”

Turnabout is fair play, so it shouldn’t be surprising that some were quick to call out MSNBC on social media on Thursday.

“Absolutely, this isn’t the first time someone at MSNBC has screwed up,” said Watson. “They hire human beings, who are fallible, so this is not unexpected. Next week it could be FoxNews that is called out.”