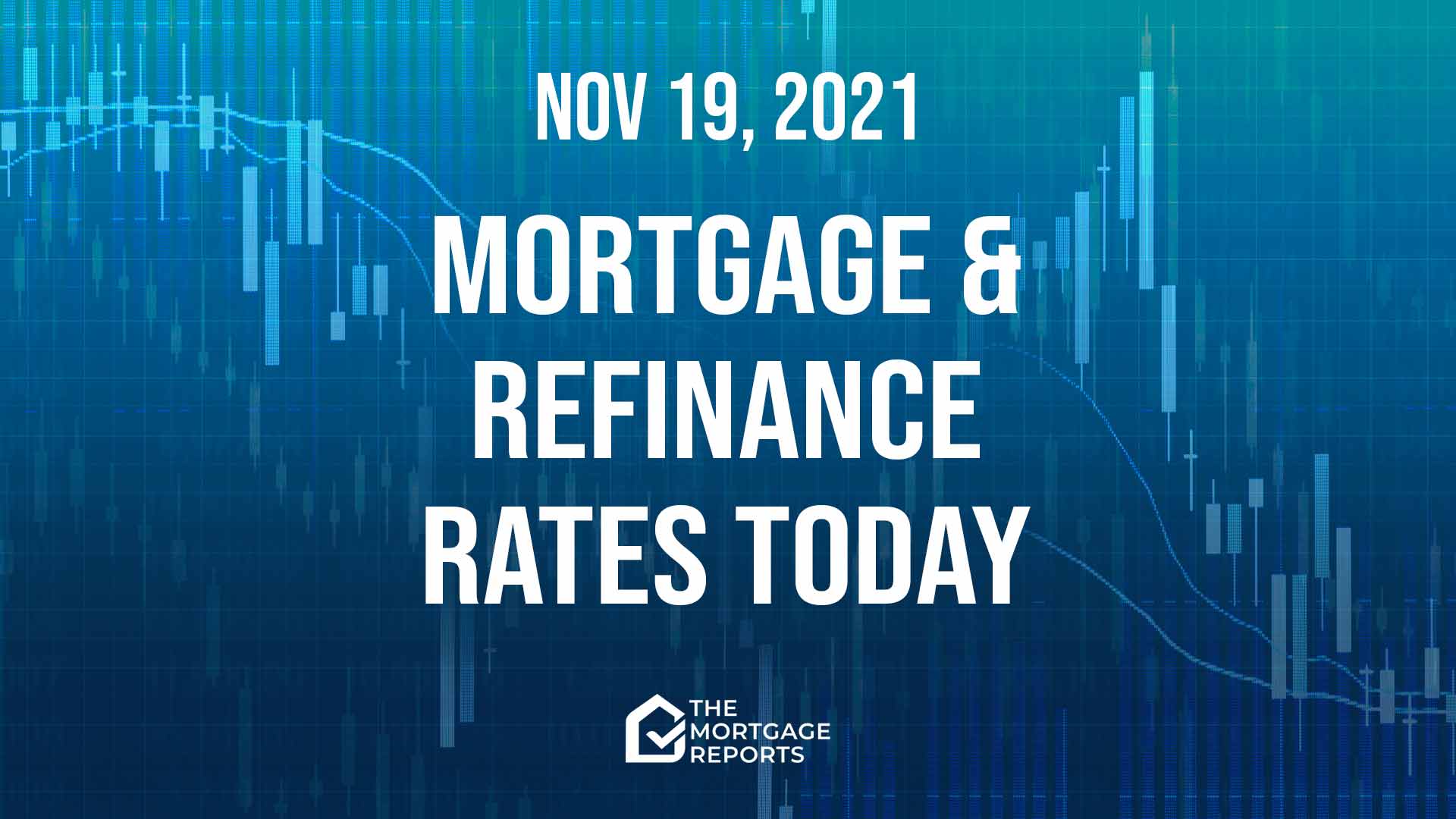 Average mortgage rates moved lower yesterday, but only by the smallest measurable amount. And many lenders won’t bother changing your rate, instead, knocking a bit off your closing costs. Still, with 30-year, fixed-rate mortgages averaging 3.1% this week, according to Freddie Mac, we remain in a period of incredibly inexpensive home loans.

Judging from early signs in markets, mortgage rates today may fall again, though probably further than yesterday. But markets are on edge over whether the president will reappoint the Federal Reserve chair. And they may change direction if that decision is announced.

Falls in mortgage rates are great. But I still reckon they’re likely to prove brief and shallow dips in a longer upward trend.

Here’s a snapshot of the state of play this morning at about 9:50 a.m. (ET). The data, compared with roughly the same time last yesterday, were:

So use markets only as a rough guide. Because they have to be exceptionally strong or weak to rely on them. But, with that caveat, mortgage rates today look likely to fall. But be aware that “intraday swings” (when rates change direction during the day) are a common feature right now.

In Monday’s edition of this daily report, I identified the four main forces trying to push mortgage rates higher, along with four that are trying to drag them lower. And I stand by my conclusion that the four exerting upward pressure are stronger than the others.

But it’s important to recognize that all these forces wax and wane. And yesterday and today I’m looking at things that might prove me wrong. In other words, I’m seeking out reasons why mortgage rates might fall.

So far, none of them has persuaded me that my analysis is wrong. And I still think those rates are heading higher. But you may disagree.

Bond markets are wonky (and wonkish)

This morning’s Financial Times contains an interview (paywall) with veteran bond investor Dan Fuss. Mr. Fuss’s career in finance goes back to 1958, so veteran is no overstatement.

The FT summed up the current state of bond markets:

The stimulus has helped produce a remarkable market comeback, lifting stocks to record highs and helping pin government bond yields near historic lows. But the investor scramble for higher-returning but lower-rated, riskier debt is now so ferocious it is unnerving money managers like Fuss, the vice-chair of $353bn investment house Loomis Sayles.

So what does that mean? And what does it have to do with mortgage rates?

Let’s start with the second question. Mortgage rates are largely determined by the yield on a type of bond called a mortgage-backed security (MBS). And, as with all bonds, yields on MBSs fall when demand is (and therefore prices are) high and rise when demand and prices are low. Mortgage rates follow those yields.

Traditionally, investors maintain a balanced portfolio during good economic times with lots of risky stocks offset by plenty of safe bonds. But Mr. Fuss is warning that too many investors are ignoring bond markets because yields are so low. He talks about a lack of “natural prudence and caution.”

But, hang on! If demand for MBSs and other safe bonds is low, how come yields (and therefore mortgage rates) aren’t rising more sharply? It’s probably because demand is being propped up by two main sources.

First, for the last 20 months, the Federal Reserve’s been spending each month $80 billion on Treasury bonds and $40 billion on MBSs. And, secondly, banks currently have way more deposits than they can lend to borrowers. So they’re likely parking much of their excess money in both sorts of bonds.

Those may have been enough to keep bond yields and mortgage rates artificially low. But note that the Fed will be winding down its purchases starting this month.

What worries Mr. Fuss is what might happen if the stock market crashes. Instead of having nice safe bonds to fall back on, investors will be fully exposed to their losses. And that could lead to another financial meltdown, which would almost certainly bring sharply lower mortgage rates.

Of course, only a few doomsayers are worried about an imminent stock market crash. And I’m not expecting one. But you could say the same for the period before Lehman Brothers collapsed.

One of the main drivers of higher mortgage rates is persistent and warm (or hot, by recent standards) inflation. Read last Saturday’s weekend edition for more information about that.

Cash-out refinance to pay off debt: Is it worth it?

Covid mortgage bailout is expiring. Here are steps to take if you still can’t pay