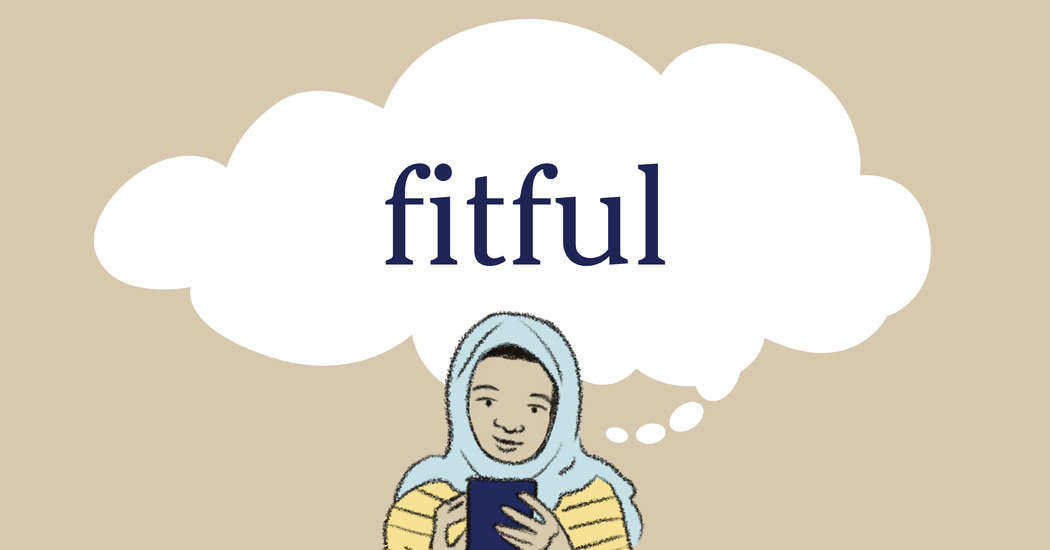 1. occurring in spells and often abruptly

The word fitful has appeared in 25 articles on NYTimes.com in the past year, including on June 25 in “Air-Conditioning Was Once Taboo in Seattle. Not Anymore.” by Mike Baker:

Even with the surge in new air-conditioners, the Seattle metro in 2019 still had the lowest rate among metros tracked in the American Housing Survey, ahead of San Francisco, where 47 percent reported having units. In Portland, 79 percent had air-conditioning. Other large cities where 90-degree temperatures are more common, such as Houston, had air-conditioning in more than 99 percent of households.

Can you correctly use the word fitful in a sentence?

If you want a better idea of how fitful can be used in a sentence, read these usage examples on Vocabulary.com.