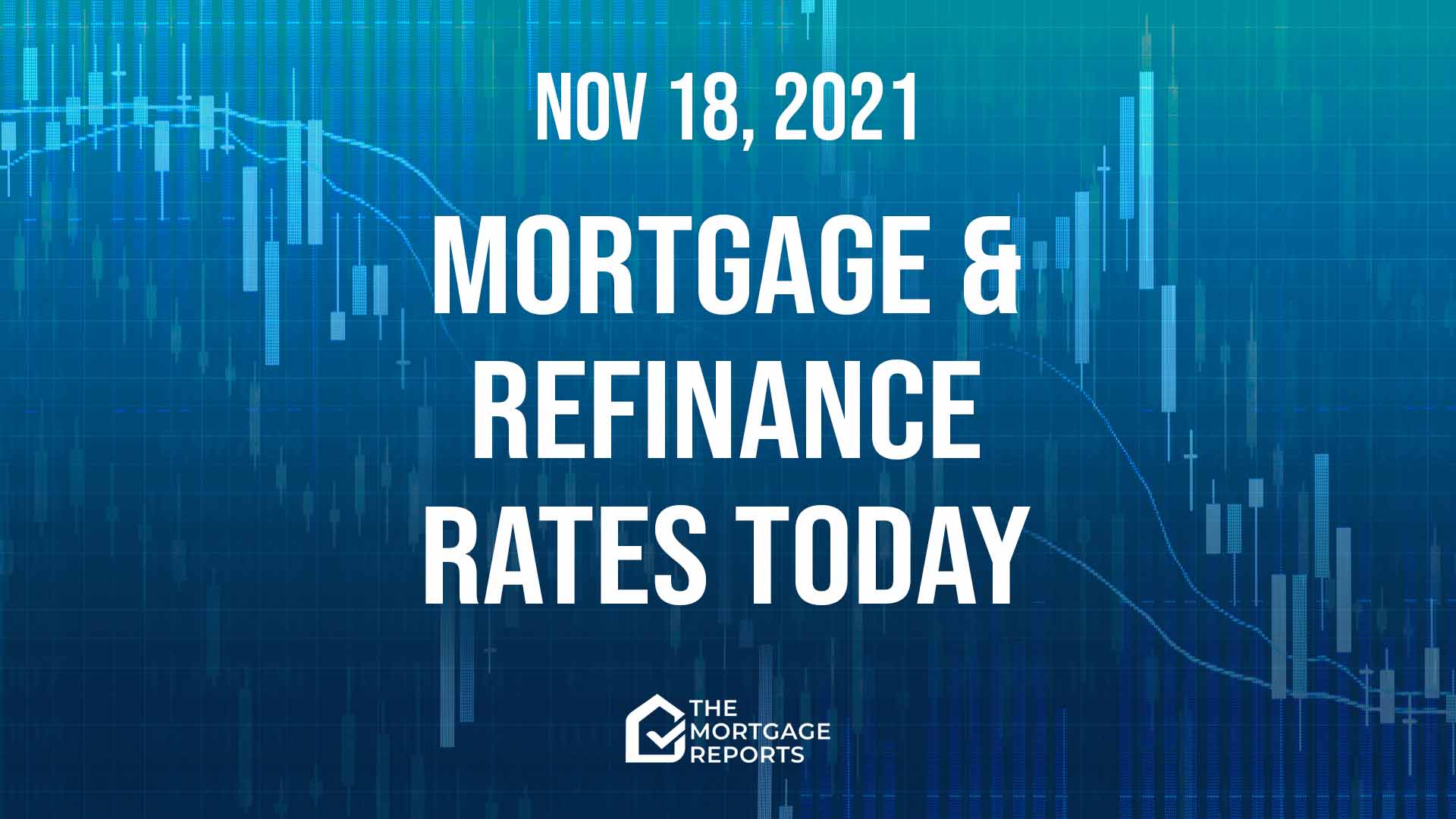 Average mortgage rates edged lower yesterday It wasn’t enough to make much difference. But it was a relief after some painful rises. Overall, they mostly remain in the low-3% range, which is exceptionally good by historical standards.

First thing this morning, markets were signaling that mortgage rates today are unlikely to move far, if at all. But that could change as the hours pass.

Don’t get too excited yet about yesterday’s fall — nor any subsequent ones. Because I suspect they’ll turn out to be a shallow and temporary blip in an overall upward trend.

Here’s a snapshot of the state of play this morning at about 9:50 a.m. (ET). The data, compared with roughly the same time last yesterday, were:

So use markets only as a rough guide. Because they have to be exceptionally strong or weak to rely on them. But, with that caveat, mortgage rates today look likely to remain unchanged or barely changed. But be aware that “intraday swings” (when rates change direction during the day) are a common feature right now.

I remain convinced that mortgage rates remain on an upward trend that will inevitably be punctuated by periods of falls. Mostly, those periods are likely to be brief. But we just experienced one that lasted a couple of weeks.

Inflation can push rates lower as well as higher

One of the main drivers of higher mortgage rates is persistent and warm-hot inflation. Read last Saturday’s weekend edition for more information about that.

But inflation can also bring shorter-term falls in these rates. That’s because it can affect consumer confidence and cause falls in retail sales. And, with personal consumption by far the largest component of gross domestic product in this country, that could throw the economic recovery into reverse.

Of course, that’s not happening yet. Tuesday brought some excellent figures for retail sales in October, even though consumer sentiment is currently at a 10-year low.

Last week, I explored why that might be. Consumers have a pessimistic view of the economy generally, while at the same time viewing their own economic futures positively. Too many are getting a slanted view of the general economic outlook from biased news sources, even when they know they personally are doing just fine.

But, if enough end up believing — contrary to reality — that the economy’s doing badly, they may curb their spending. And, were that to happen in a widespread and sustained way, their mistaken belief could become a self-fulfilling prophecy.

I bring this up to show there are no certainties when it comes to future mortgage rates. And even things that might push them higher in the long run can drag them lower for a while.

But none of this has yet undermined my belief that mortgage rates will remain on their upward trend for months to come. Read Monday’s edition of this daily report to discover the powerful forces that are driving that trend.

The numbers in the table below are for 30-year, fixed-rate mortgages. Fannie’s and Freddie’s were published on Oct. 15 and the MBA’s on Oct. 18.