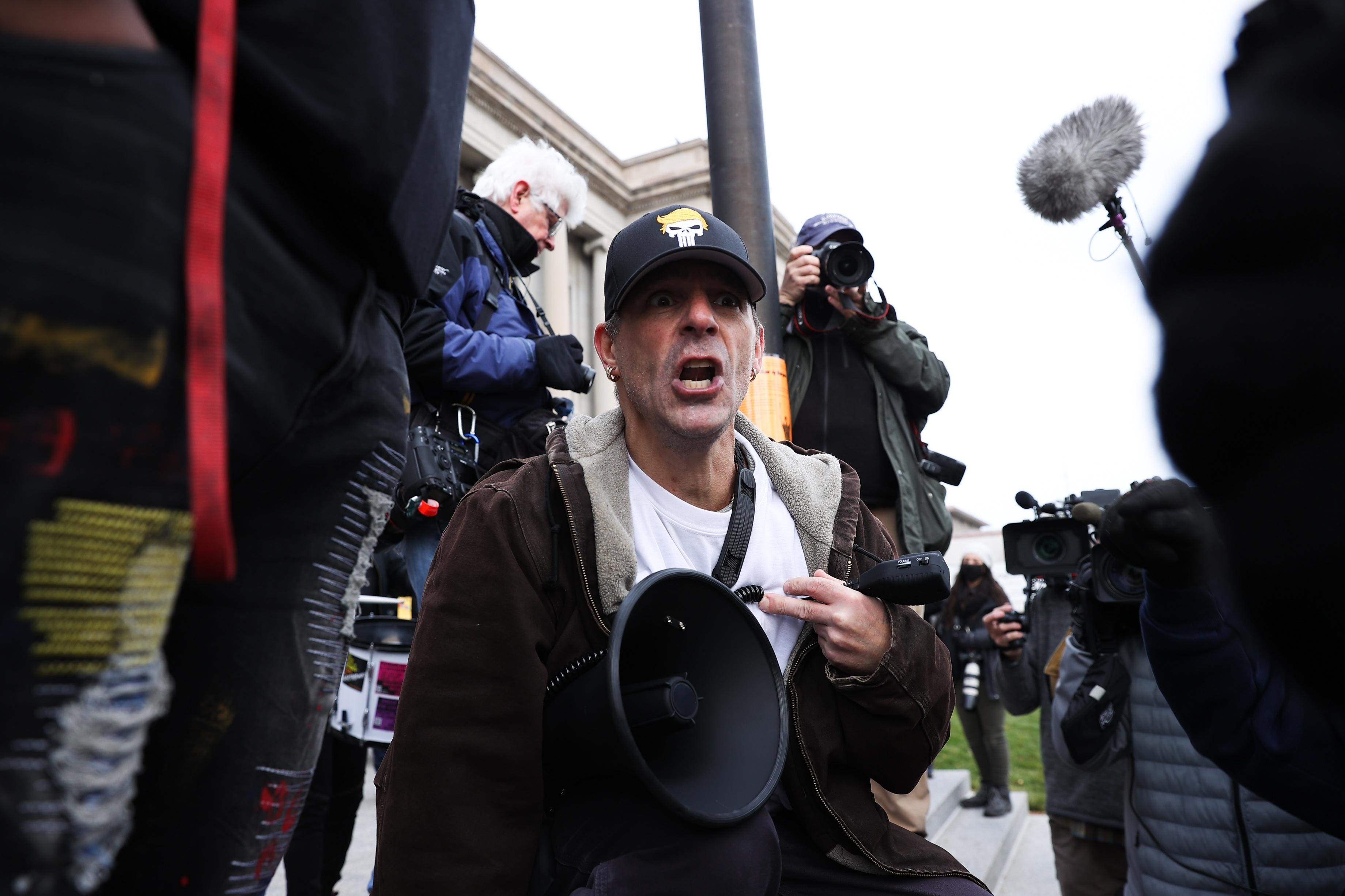 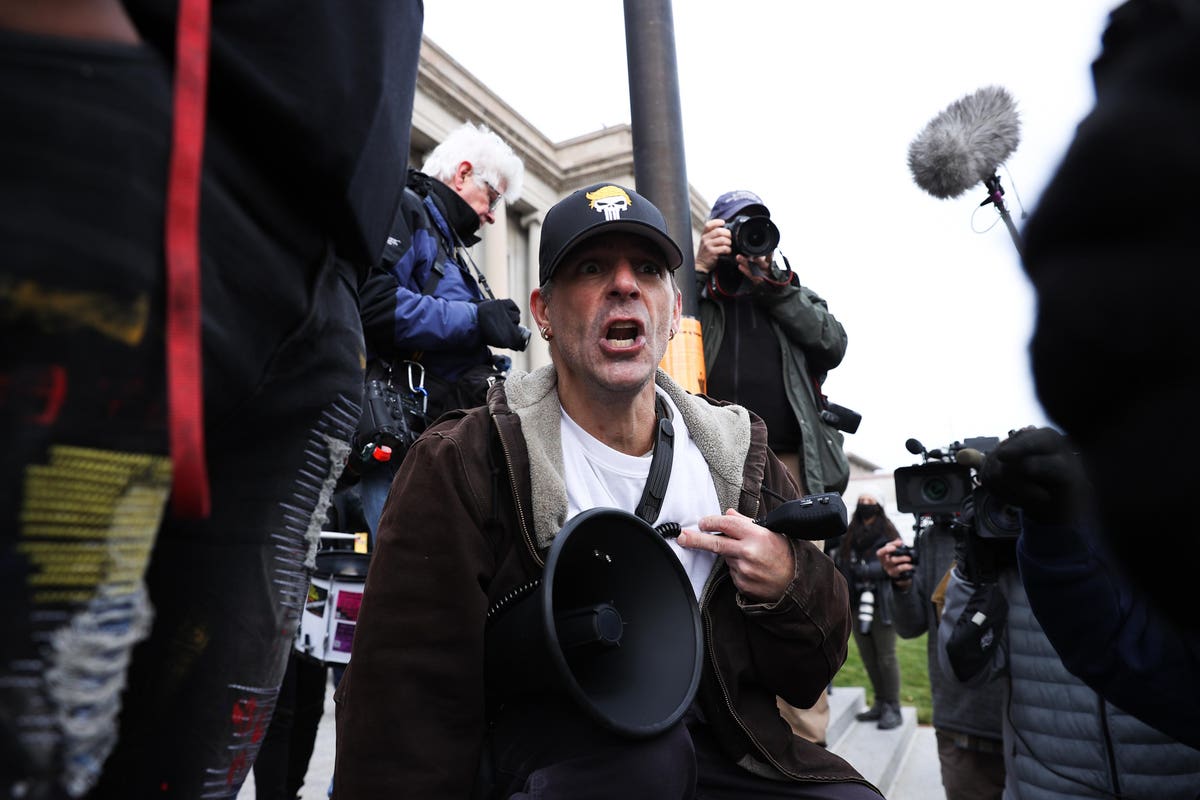 On Tuesday afternoon as the Kyle Rittenhouse jury deliberated, tensions began to run high on the courthouse steps. Religious leaders held a vigil and called for a peaceful response regardless of the jury’s decision.

“When the verdict is announced, some will celebrate that right has prevailed and justice was done and others will shake with outrage and despair asking, ‘Where is justice?’,” Rabi Dena Feingold, of Beth Hillel Temple and co-president of Congregations United to Serve Humanity, told Kenosha News. “In these times, confronted as we are with a deep chasm in our society and with the memory of how painfully those divisions raged in this town last year, we naturally worry about what the future holds for us in the hours and days to come.”

Feingold was joined by the Rev. Jim Lynch, of Lakeside Lutheran Church, who added, “There will be those who disagree with whatever news comes out of the courthouse. But, those disagreements should not and cannot spill out onto the streets.”

However, the sentiments on social media were vastly more hostile. “Kenosha” was a trending topic on Tuesday afternoon with more than 161,000 tweets. Also trending were the hashtags #NotGuilty, #KyleRittenhouse as many voiced their opinions on the high profile case.

Independent reporter Brendan Gutsenshcwager (@BGOnTheScene) shared video of the protestors on the steps of the courthouse, tweeting “‘If Kenosha don’t get it, shut it down’ chants outside the courthouse, as the Rittenhouse trial nears conclusion here in Wisconsin #Kenosha”

Throughout Tuesday morning and afternoon journalist Sergio Olmos (@MrOlmos) posted a number of videos on Twitter, noting that there were chants between Black Lives Matter supporters and Kyle Rittenhouse supporters, but he also noted there were “very few demonstrators” on either side.

Noted whistleblower Don Lewis (@DonLew87) was among those who seemed to predict that there would be violence if Rittenhouse were acquitted, posting, “Inevitable unrest coming to Kenosha, Wisconsin. A judge who says an AR-15 is not a ‘dangerous weapon’ for those under 18 years old under the law. A defense attorney who says ‘I’m glad (Rittenhouse) shot’ the deceased Joseph Rosenbaum. What could go wrong?”

The cynicism was seen from all sides, with some conservatives also suggesting that unrest was inevitable.

“When Kyle Rittenhouse is ACQUITTED watch who sets Kenosha on fire…… Pray for the community because those who claim they want/believe in JUSTICE only really want THEIR WAY!,” wrote podcaster and author Graham Allen (@GrahamAllen_1).

Fox Nation host Tomi Lahren (@TomiLahren) tweeted, “And I’m sure the lovely and mostly peaceful ‘activists’ in Kenosha are stoked this verdict is coming out so close to the holiday season, Christmas shopping is a lot cheaper in Biden’s America when you just loot it.”

Another video that was widely shared on Twitter, and posted by @NodobymrRobert among others showed the arrival of National Guard troops to Kenosha.

As evening set in, it wasn’t clear if a verdict would come in – yet it seems the debate continues on social media.

Capt. Robert A. Sanders, JAG Corps, U.S. Navy (Retired) and associate professor, chair of that national security department at Henry C. Lee College of Criminal Justice and Forensic Sciences, University of New Haven offered some insight on how the situation might best have been handled.

“First, Punish Rittenhouse and any other criminal actor on the streets those nights,” Sanders suggested. “Second, peaceful protest is the ultimate American Act; third, peaceful protest the streets of America must be protected and supported, our Constitution and the Founding Fathers demand it; remember the Boston Tea Party and Boston Massacre were both riots for justice under the law!”

Sanders added that social media could also make this situation worse. “You can bring it to life with actions that don’t suppress it. It has in the past and can do so now.”

“I’m not surprised at the vitriol on this matter,” added Sander’s colleague Mike Lawlor, associate professor of Criminal Justice at the University of New Haven

“It’s been clear for several decades that some (but certainly not all) gun owners felt that the Second Amendment was about their individual right to challenge the government with firearms if and when they believed the government had overstepped its bounds,” said Lawlor. “This Rittenhouse kid is a poster child for those folks. He armed himself with what they refer to as a ‘modern sporting rifle’ and became a one-person militia to protect the community, at least as he saw the community. Those who criticize Rittenhouse, in their view, are challenging their apparently God-given right to take up arms in defense of their version of America or Americanism. On the other hand, there are many Americans who sense that this armed citizen militia mentality might be transitioning from fanciful thought to action in the streets. You can see the same sentiments in the Georgia trial of the Ahmaud Arbery murder.”