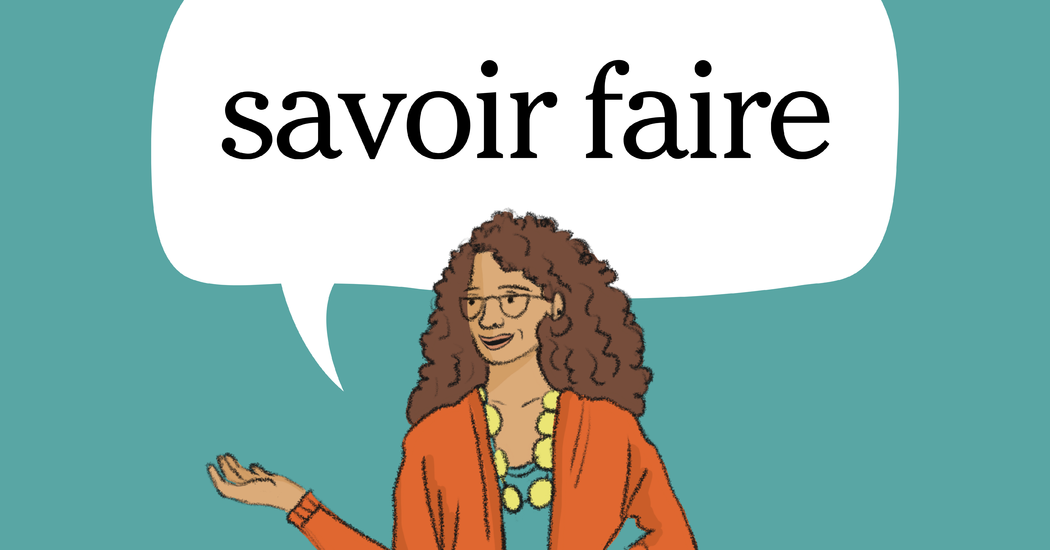 : the ability to choose the right course of action, especially in drawing upon social skills

The term savoir faire has appeared in 15 articles on NYTimes.com in the past year, including on Feb. 2 in the obituary “Ricky Powell, 59, Dies; Chronicled Early Hip-Hop and Downtown New York” by Jon Caramanica:

Ricky Powell, the downtown New York Zelig who with his point-and-shoot camera documented the early years of hip-hop’s ascendance as well as a host of other subcultural scenes and the celebrities and fringe characters who populated the city, was found dead on Feb. 1 in his West Village apartment. He was 59.

… The actress Debi Mazar met Mr. Powell when they were both teenagers riding bicycles around downtown Manhattan. They were, she said, “children of the city.” Together, they went to the Paradise Garage, the Mudd Club and other hot spots. “Every door opened for Ricky,” Ms. Mazar said. “When we would walk into a club, we were the cool kids. He had this savoir faire, this electricity.”

Can you correctly use the term savoir faire in a sentence?

If you want a better idea of how savoir faire can be used in a sentence, read these usage examples on Vocabulary.com.