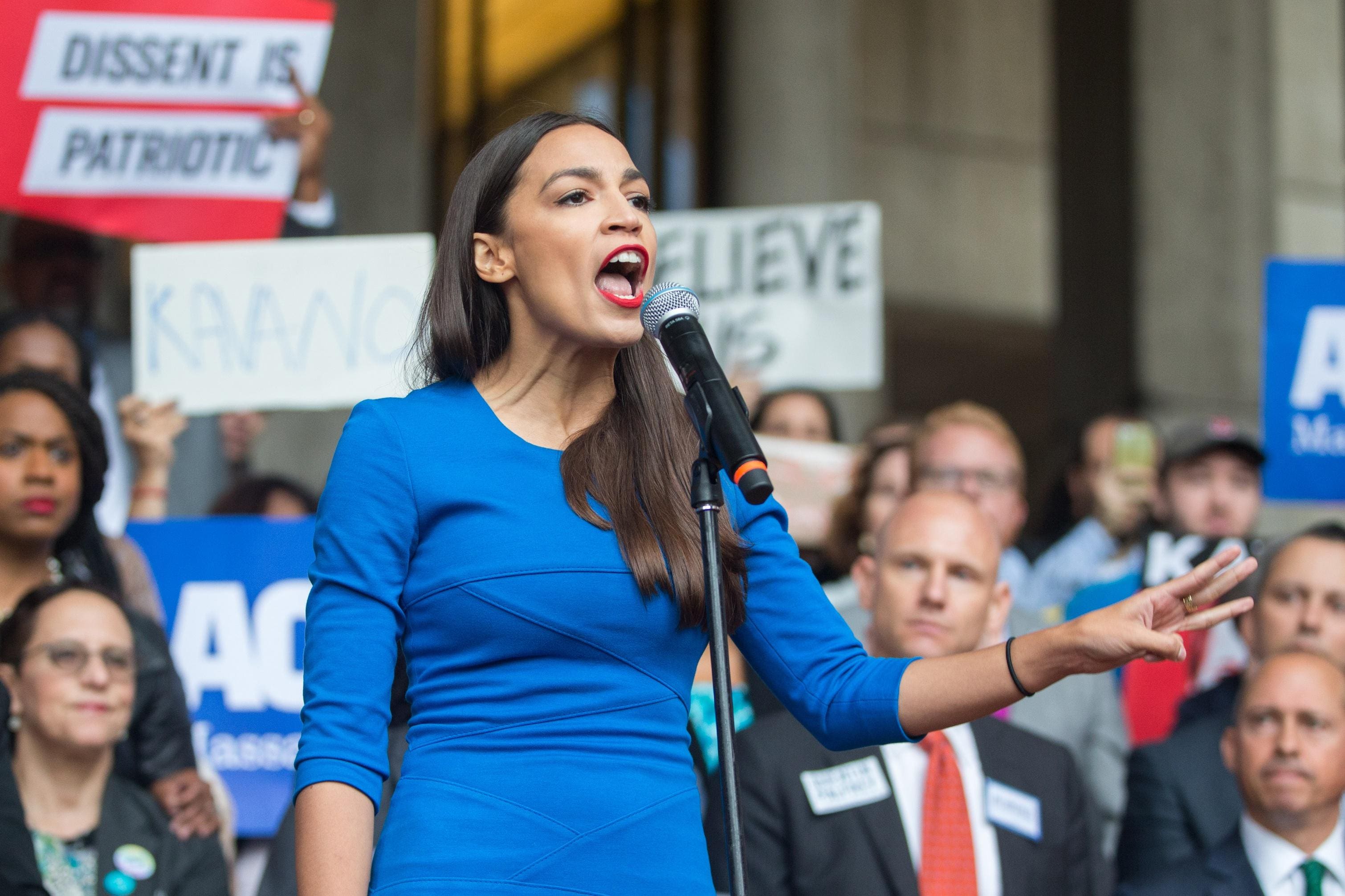 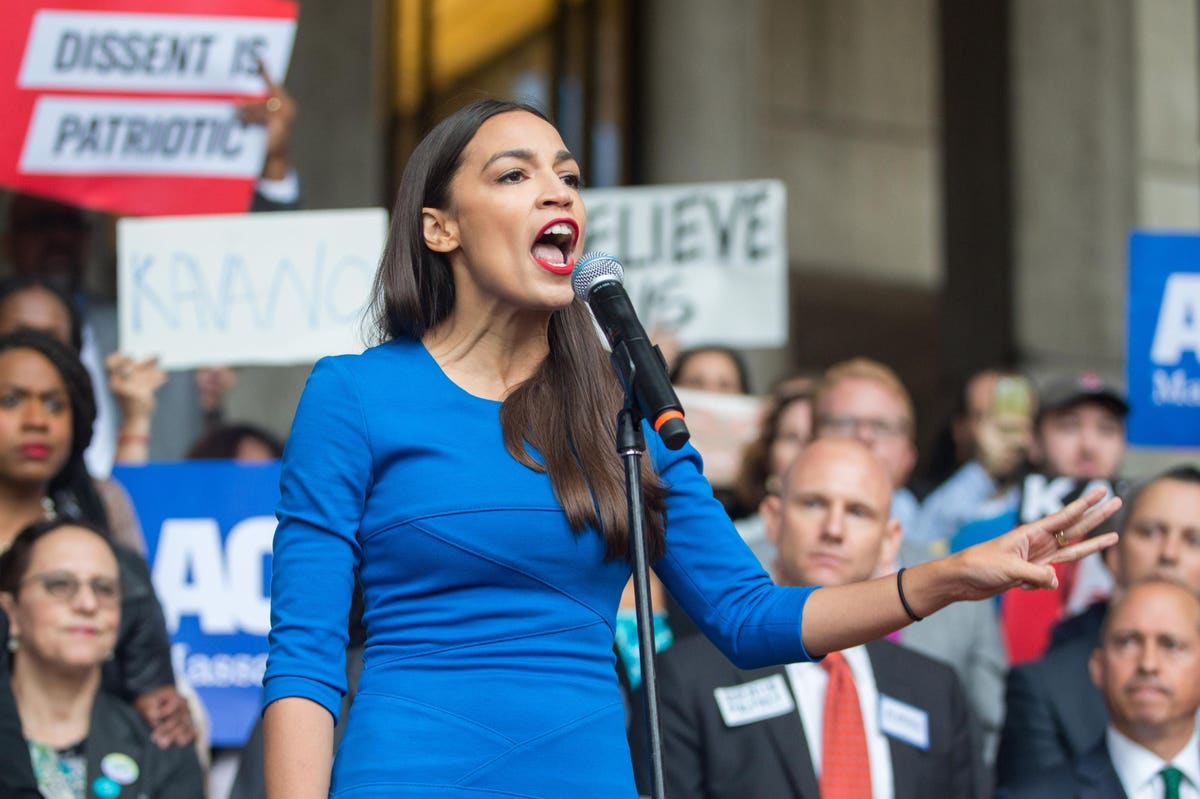 The first: Gosar’s choice on Monday to share an anime-style video on Twitter that depicted him murdering Ocasio-Cortez. But given the state of inter-party warfare online perhaps the more unexpected decision was Twitter’s call to let Gosar’s tweet stay up.

In doing so, Twitter appended a warning screen over Gosar’s tweet, alerting users to the disturbing nature of the now partially hidden content. But the company says it didn’t take down the tweet because it fell under its so-called “public interest exception,” a rule that Twitter doesn’t often apply—but did so on several occasions involving controversial messages from another Republican: President Trump.

The public interest exception involves a judgment call from Twitter: If the company feels a tweet is highly newsworthy, it won’t remove it even if it violates its content standards—the need for the public to know what that politician said outweighing any other considerations. (While the tweet remains on Twitter, the social network does remove it from algorithmic promotion and limits how it can be shared.)

Twitter publicly unveiled the rule in 2019, though it has said that it relied on this practice in private for some time prior. Twitter has cited it only a handful of times since—all around Trump tweets. One occasion came in May 2020 when Trump tweeted “when the looting starts, the shooting starts,” which some users saw a call to violence against Black Lives Matter protestors. The second was three months later when a Trump tweet said mailboxes weren’t “Covid sanitized,” falsely suggesting it would be dangerous to use them to post ballots for the presidential election.

The choice to leave some offending tweets and take others down puts Twitter in a difficult position, establishing a set of regulations for some famous users and a different set for others and leaving it open to criticism of favoritism.

Twitter and other social media networks have been forced to grow more transparent about content-moderation decisions over the last few years, primarily driven by Trump’s use of their platforms to spread misinformation and hateful remarks. In addition to the tweets flagged under the public interest exception, Twitter also applied warning labels below many Trump tweets during and after Election Day in 2020 that pointed out inaccurate claims made by the president.

Facebook long relied on an even more extensive system of alternating rules, internally referred to as XCheck or Cross Check. It was, effectively, a whitelist that let prominent figures like Trump and his son Donald Jr. post to Facebook free of any consequences. The practice continued largely unmonitored until 2020 when internal Facebook reports sounded alarm bells about the discrepancies it created, a lack of oversight for XCheck—and that XCheck’s existence contradicted what CEO Mark Zuckerberg and other executives had said publicly, according to documents provided by Facebook whistle-blower Frances Haugen to the Securities and Exchange Commission, which were also provided to Congress in redacted form by her legal team. (The redacted versions received by Congress were obtained by a consortium of news organizations, including Forbes, a collection of documents popularly known as the Facebook Papers.)

In July, Facebook said it would stop giving out preferrential treatment to politicians. But it nonetheless allowed Gosar to publish the same video on Instagram on Monday without any punishment.

Twitter has seemed to rely on its public interest exception less often, shielding it from the same criticism that Facebook’s XCheck has received. But any instance involving a Republican’s tweets will likely only further anger GOP politicians, many of whom have long insisted that Twitter and Facebook unfairly censor conservative sentiment.

As for the poltician that has rekindled this debate, Gosar’s tweet drew swift condemnation from Democrats. Ocasio-Cortez called him “creepy” on her Twitter page and accused him of fundraising for Neo-Nazis. Her California colleague in the House of Representatives Adam Schiff called on Gosar to resign.

For a time, Gosar seemed pleased with the bruhaha. His digital director, Jessica Lycos, released this statement Tuesday: “Everyone needs to relax. The left doesn’t get meme culture. They have no joy. They are not the future. It’s a cartoon. Gosar can’t fly and he does not own any light sabers. Nor was violence glorified. This is about fighting for truth.”

But even without more forceful action by Twitter or Instagram, the gravity of the situation seems to have finally hit Gosar: By Wednesday afternoon, the video had been removed from his accounts on both sites.