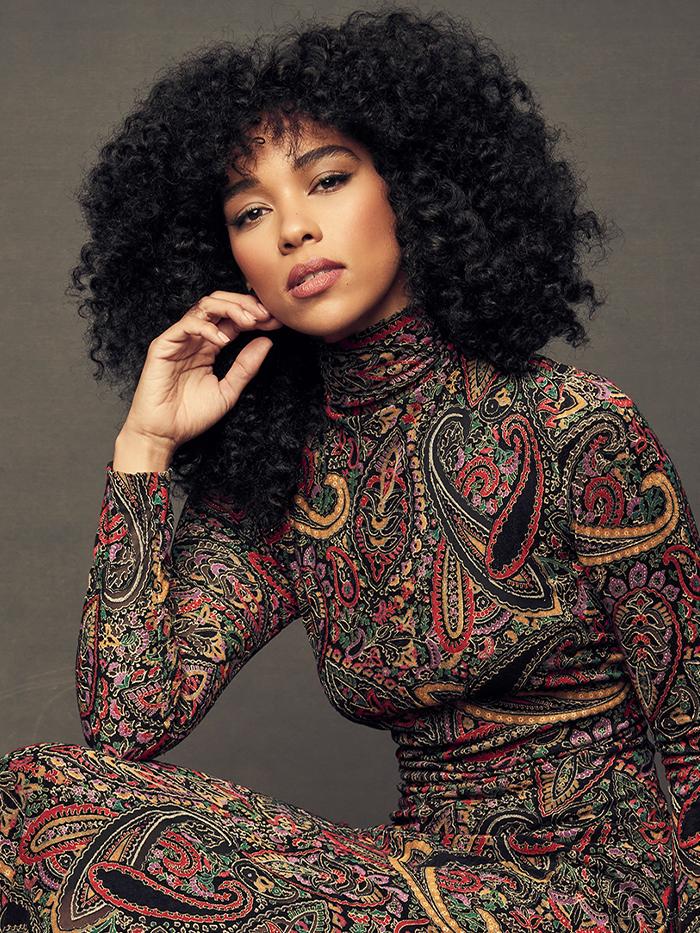 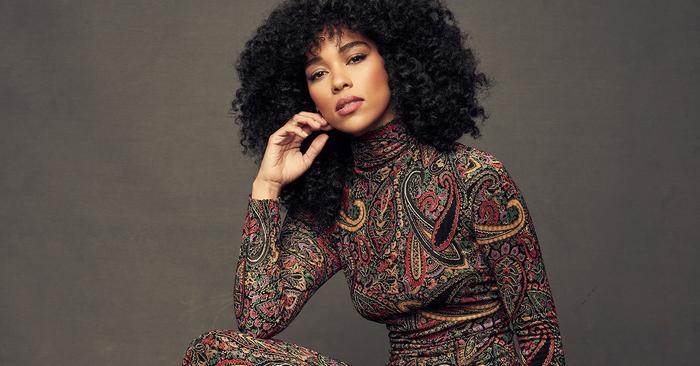 For those not yet familiar with Shipp’s work, I’ll put it simply: She’s a triple threat. Shipp can sing, act, and dance, but prior to this role, Shipp had no formal dance training. In fact, Shipp began a rigid training regimen months before setting foot on set. “I worked so hard to be able to play a modern ballerina because I’m not a dancer,” she shares. “I wasn’t asked to do any of this prep. I wanted to do it because I wanted to do it right. I wanted to be able to sell it.” By the time Shipp got to New York for filming, she was dancing about six hours a day in addition to doing daily two-hour workouts in order to achieve the physique of a dancer.

It is this thoughtful immersion into her characters that makes Shipp’s performances truly next-level. “My favorite thing about acting is that I get to learn a lot of new skills,” she explains. For instance, with Storm from X-Men, it was fighting—everything from mixed martial arts and boxing to scrappy street-fighting techniques. With Tick, Tick… Boom!, Shipp learned not only how to be a dancer but also how to carry herself. “I had to become comfortable with my body in a more fluid and delicate, angelic way,” she explains. I can’t help but confess to Shipp that I was fooled. After watching the film, I was sure she had a dance background. Her performance is just that natural. Though, she effusively credits Melissa Schade and Ryan Heffington for their guidance and choreography for the film.

In addition to developing the physicality required to play Susan, Shipp became a student of the history of modern dance, studying the work of choreographers such as Merce Cunningham, Katherine Dunham, and Alvin Ailey. “I was not familiar with modern dance in any way, shape, or form, so learning about the people who revolutionized dance in the ’80s and ’90s was really fun,” she recalls. “It was like a master class, and it was also like cramming for a test.” This moment in our cultural analysis brings us to Miranda. While Larson was a student of Stephen Sondheim, Miranda notably credits Larson’s Rent as being a major “aha!” moment. “Lin is great at showing off the physicality of theater,” Shipp divulges. “You can tell that everyone in the cast is acting from head to toe, and I think that makes this feel theatrical in a time where people have been missing theater.”

Since she is a multi-hyphenate, Shipp unsurprisingly has always been a fan of musicals. However, she is the only actor in Tick, Tick… Boom! who has yet to appear on a Broadway stage. While this was certainly motivation for her self-imposed dance immersion, Shipp was particularly nervous about performing her song, a duet with Vanessa Hudgens, that comes in the middle of the film. Although the majority of the show features contemporary rock (and the most incredible classic Broadway ballad), Shipp’s song is undoubtedly influenced by ’90s R&B, which she attributes to Miranda, and evokes major Aaliyah vibes. It’s also a scene in which Shipp felt encouraged to bring elements of her personal experience to the character. “It was exciting for me to be occupying a space that was originally written for a white woman because it challenged me to come to a scene or song with my own energy based on my own ancestry,” she explains.

The ’90s Denim Trend Fashion Girls Are Wearing With Everything