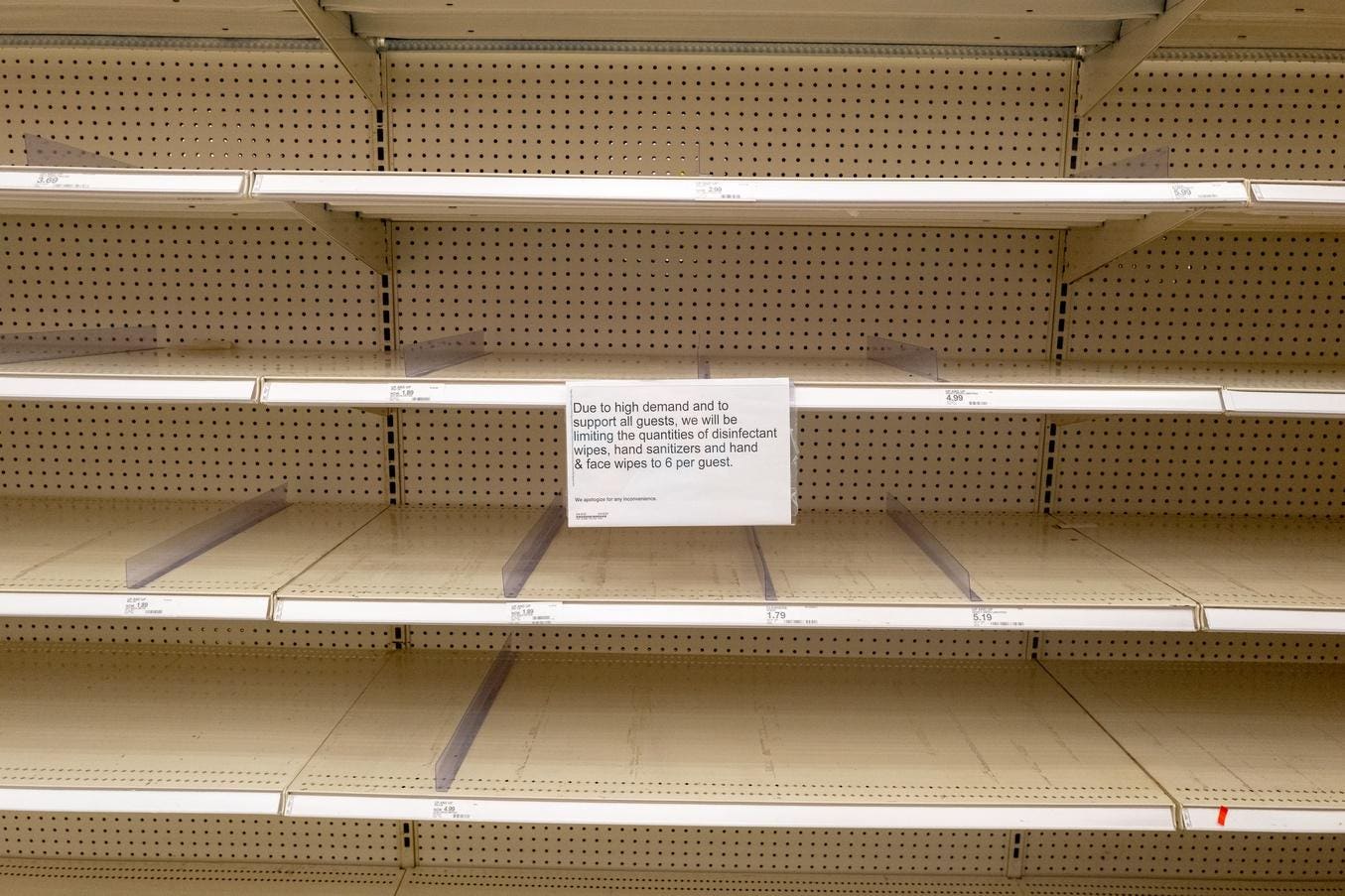 Dueling political hashtags have increasingly become the new norm on Twitter, highlighting how divided the country remains. This was true recently as supporters of President Joe Biden attempted to counter the #LetsGoBrandon with #ThankYouBrandon.

This week it was all about the woes that consumers face at grocery stores with shoppers casting blame at the White House. #EmptyShelvesBiden has actually been a reoccurring theme in recent weeks as the country continues to overcome a very global supply chain issues from backups at our nation’s ports to a shortage of truckers to move goods, among a plethora of other factors.

Fox News Channel’s Sean Hannity (@seanhannity) was among those who had gotten the ball rolling last week, sharing a story on shortages that could be expected this holiday season, “Now a Santa shortage? #EmptyShelvesBiden.”

Conservatives have continued to share woes of shortages and long lines, and posted their resentment that they may need to do with less this holiday season. Yet, liberals have been no better in their response, as supporters of President Biden countered with #EmptyShelvesTrump.

Biden supporters seem to have had a little urging to make the hashtag trend, as MeidasTouch (@MeidasTouch), tweeted on Tuesday morning, “The Republicans are trying to rewrite history. If you have photos of the empty shelves from the Trump years and stories about you struggling to get basic goods, please share them with the date and use the hashtag #EmptyShelvesTrump.”

While that tweet was liked more than 7,000 times, and there were thousands of responses, not everyone was in agreement that the situation now is actually better than it had been under Trump. Empty shelves are as hard to ignore now as they were in March and April during the early stages of the pandemic.

“Lol. The difference between #EmptyShelvesTrump and #EmptyShelvesBiden is one was during a Nationwide lockdown. The other was during an inflation and workforce crisis due to bad policy. But don’t tell a leftist. All that matters is their picture. The context doesn’t,” countered @HighRoadIsRight.

Photos Are Worth A Thousand Words?

Each side has so far done their best to bring out photos that showed the expected empty shelves and cast the blame at the respective president at the time. Both hashtags have trended with nearly 20,000 respective posts each. Yet, missing in many of the photos is context, and even in the best of times it is possible to find empty shelves late in the day, while there are factors such as bad weather that are beyond even the White House’s control.

At least some on the social platform noted that it was really not easy to simply compare the two events.

“I think the big difference between #EmptyShelvesTrump & #EmptyShelvesBiden is that with Trump it was at the beginning of the pandemic and people were hoarding, now with Biden it’s because of supply chain disruptions, inflation and labor shortages,” wrote @lmazzeiphotos.

Others took it further to call out such needless political theater that has become so routine on Twitter.

@rab_is_rab tweeted, “Politics as team rivalry! My team’s better than your team is better than shut up about the jersey color + player & fix the damn country because people have been out of their minds for several years now. #emptyshelves #EmptyShelvesTrump #EmptyShelvesBiden #EmptyShelvesJoe #empty”

While this may seem like a harmless debate in the grand scheme of things, some warn that it could get far worse.

“This is all part of an orchestrated social media campaign liberally using false imagery and misinformation to cast a shadow on the state of the economy and the state of people’s day-to-day lives,” explained Bhaskar Chakravorti, dean of global business at the Fletcher School, Tufts University.

“Given how incapable the social media moderators have been to monitor such content, we can expect many such hashtags to surge between now and the midterms next year – and beyond,” added Chakravorti. “Fasten your seatbelts.”